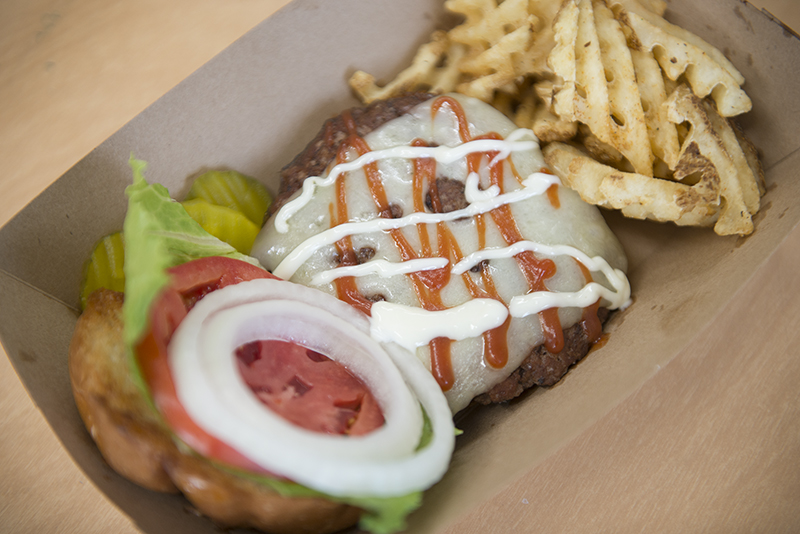 The Six Best Days of Summer might as well be known as The Six Worst Days of the Year for My Waistline. I just cannot resist fair food in all of it’s deep-fried, sugar-coated deliciousness — especially cheese curds and funnel cakes.

With that being said, I encourage everyone who has a chance to eat at the fair to try something new — you may just find a new favorite. I did.

After being open for only a month, Evan’s Eatery decided to bring its menu to the fair and it did not disappoint. I sampled its bison burger, a chicken quesadilla and fries, and they were amazing.

Everything is made fresh to order so you may have a couple-minute wait, but in my opinion, it’s well worth it.

My bison burger was served with Swiss cheese, ketchup, mayonnaise and pickles on a toasted bun. The meat was lean, but not dry. The meat comes from grass-fed, hormone-free animals, so it’s actually a healthier option than many fair foods, yet equally delicious. 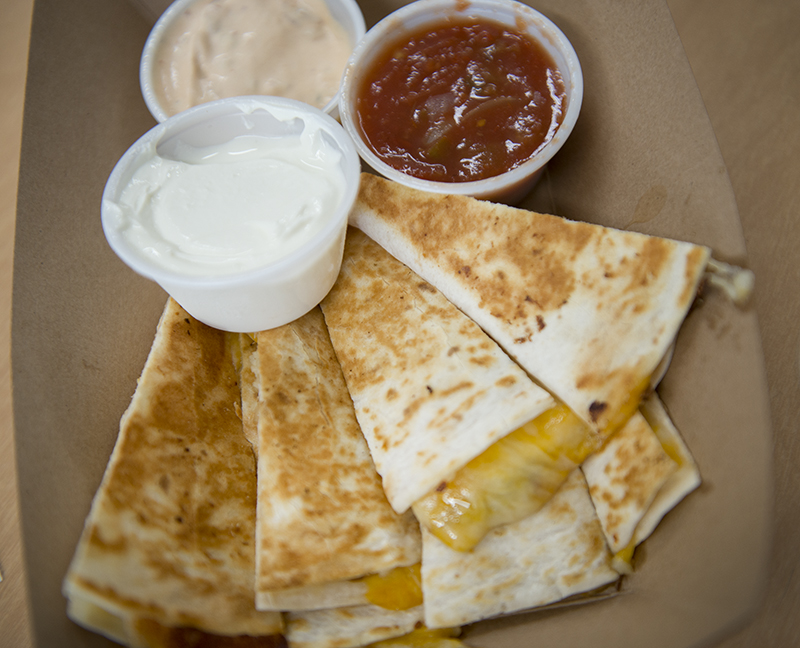 The quesadilla was served with a side that immediately caught my attention — chipotle aioli. Chipotle is a menu buzzword for me. Just like bacon, cheese, ranch, jalapenos and buffalo sauce, anything with a menu item with chipotle in it will immediately grab my attention and will catapult it to the top of my potential selection list.

The aioli had a slight kick to it and complimented the three-cheese blend in the quesadilla perfectly. For those who don’t like chipotle, salsa or sour cream are options you could also explore.

A side of waffle fries is a great accompaniment and is seasoned with Evan’s Eatery’s own special blend of spices.

As an extra bonus, Evan’s Eatery is a local business run by Dan and April Miller of New Richland — so if you don’t get a chance to sample their food at the Freeborn County Fair, you might not have to wait an entire year to get another chance.