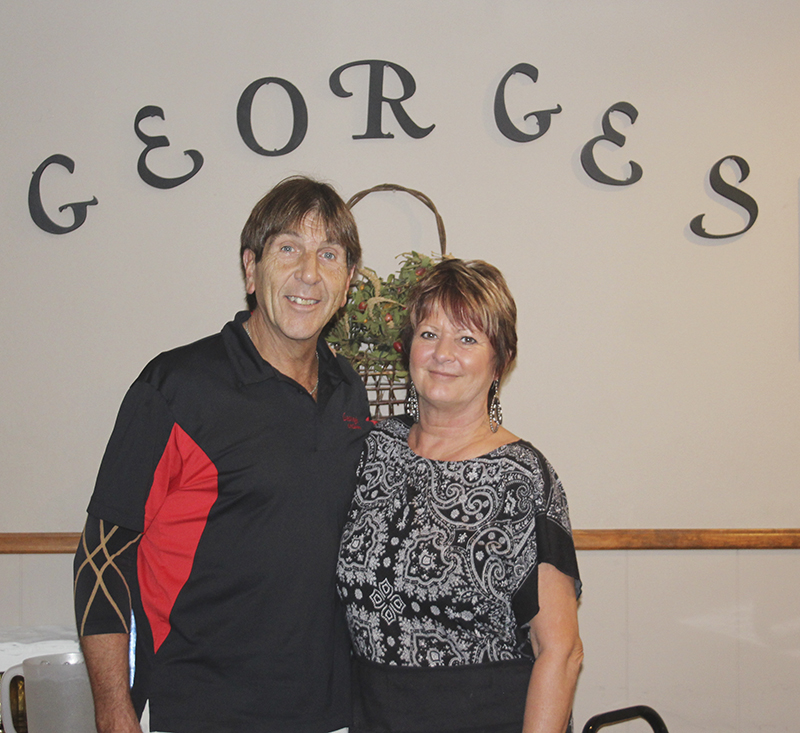 GENEVA — There’s just something about small town restaurants that bring community together.

George’s of Geneva Supper Club has become a popular place for both locals and the surrounding community. The restaurant is run by Steve Dittrich and his wife, Jodie. The Dittrichs have run George’s for almost 12 years.

Before George’s, it was called Cottage Cafe, Geneva Steakhouse and George’s Bar & Grille before the Dittrichs renamed it to George’s of Geneva Supper Club. The name references the restaurant’s hours being mainly supper time. George’s is open from 3:30 until 11 p.m. Tuesday through Friday and 11 a.m to 10 p.m. Saturday.

“Even when I was a little girl, this place was a popular restaurant,” Jodie Dittrich said.

She mentioned how neither of them thought running a small restaurant was what they were going to do for the rest of their lives. Before George’s became George’s Supper Club, she had worked there for five years as a waitress. When she found out it was being sold, she and her husband decided to buy it.

“Everybody has different expectations on what they feel it should be, what it should look like and what it should taste like,” Steve Dittrich said, when talking about the food the restaurant serves.

The couple agreed that their own and their customers’ favorite meal on the menu is the steaks, specifically the ribeye.

“It takes a lot of effort and work to run a restaurant,” Steve Dittrich said. He continued to express that all of the food is cooked and prepared at the restaurant in the kitchen. There are no pre-cooked meals or parts of meals being served to the customers. The Supper Club receives all its meat from the local meat locker next door: Geneva Meats.

Both Steve and Jodie Dittrich spend all their time at the restaurant. Jodie Dittrich said their busiest time comes in the months of January through March. When asked what their favorite part about George’s is, they both responded with a swift answer: “the people.”

George’s Supper Club might not have been either of the Dittrichs’ dream job, but they have grown to become very thankful for the opportunity. They enjoy working together and spending time with the community.

Both of the Dittrichs value the interaction between the people of the community that occurs during meals at the restaurant. The Dittrichs are excited for their upcoming Halloween event, when there will be a live DJ and costume contests.