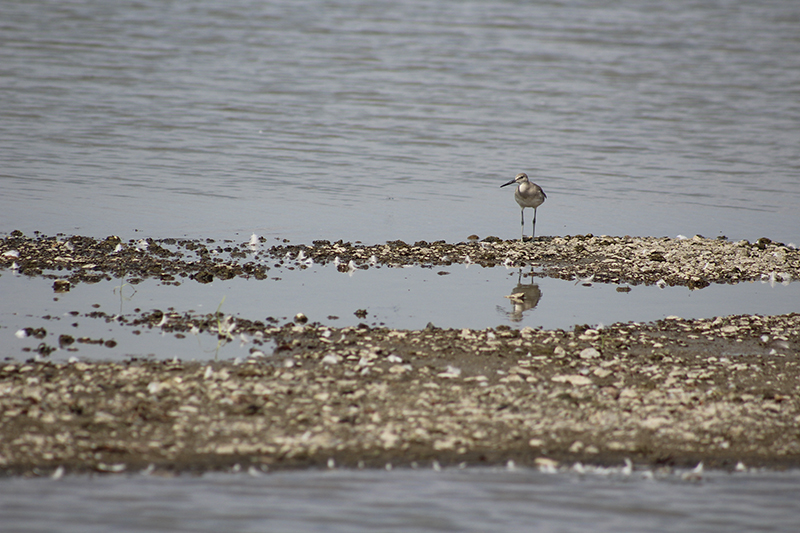 A shore bird stands on a rocky island away from the shore in Freeborn Lake, which is being kept below water levels over the winter in a DNR, Freeborn County and Ducks Unlimited combined effort to reestablish aquatic vegetation, keep nutrient levels in check and eliminate rough fish populations. - Sarah Kocher/Albert Lea Tribune

Lower levels in Freeborn Lake continue, as does rehab

There are several aspects to the rehabilitation of Freeborn Lake undertaken by the Department of Natural Resources, Freeborn County and Ducks Unlimited, but a DNR wildlife manager has one word to sum it up: big.

She estimated the lake is about halfway through the rehabilitation process, which involves drawing the lake down in an effort to reestablish aquatic vegetation and a healthier lake community.

According to the Minnesota Pollution Control Agency’s proposed impaired waters list for 2018, Freeborn Lake was added in 2012 for nutrient/eutrophic biological indicators. Vorland said signs of impairment in Freeborn Lake include algae blooms, a fish community generally dominated by rough fish and minimal wildlife use.

“That’s been the case for years and years,” she said. 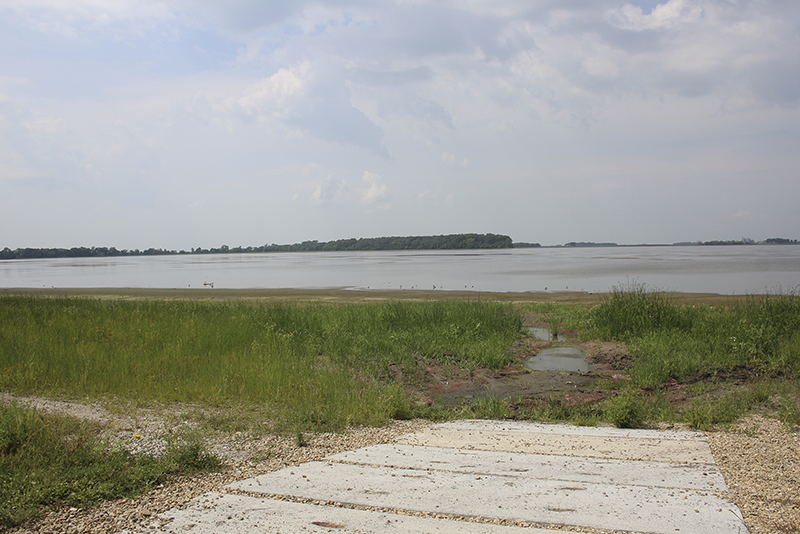 The drawdown is apparent at the boat launch at Arrowhead Point County Park, which has many feet between where the launch ends and the water begins. – Sarah Kocher/Albert Lea Tribune

Currently, the lake is in the midst of a growing-season drawdown, but Vorland does not separate that drawdown from the one conducted last winter to aid dam construction and kill off carp and other rough fishes. It’s a continuous process; although heavy summer precipitation brought the lake’s water level back up, it is still relatively low, Vorland said. The lake never fully recovered from when the drawdown started last September.

At this point, it looks as though those low water levels will continue through the winter in what Vorland calls the “one-two punch for rough fish control.” She said she hopes to see the lake restored to more normal water levels and restocked with game and panfish by next growing season.

While rough fish control is part of it, the drawdown is driven by water quality and habitat quality. Drawing the lake down better mimics what would be its dry and wet cycles and allows the lake to sustain good water quality and clarity, Vorland said. Restoring aquatic plants to the lake will address nutrient loading.

“The ultimate goal for Freeborn Lake is that it meets water quality standards,” Vorland said. 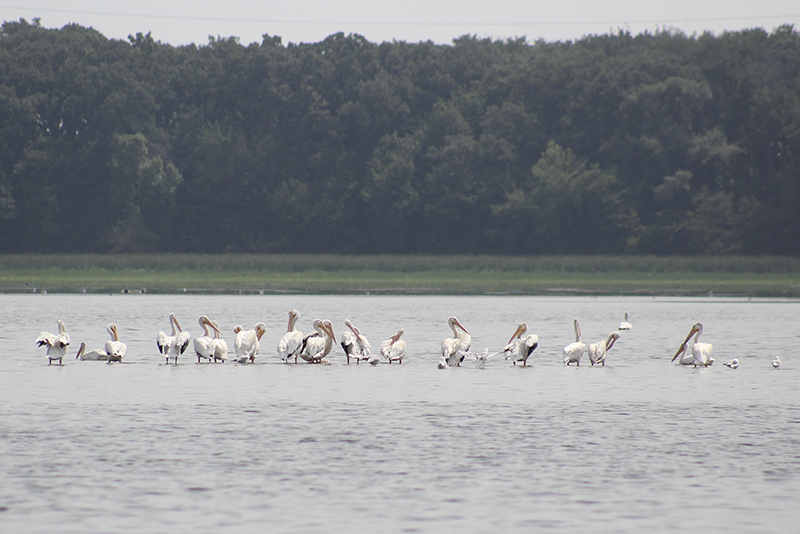 Pelicans stand far out in Freeborn Lake. The Department of Natural Resources drew down the lake last winter, and DNR wildlife manager Jeanine Vorland said the water levels have not returned to their normal average 3 to 3 1/2 feet depth since as the lake is rehabilitated. – Sarah Kocher/Albert Lea Tribune

That means lowering a secchi disk — a black and white disk used to measure water clarity — and being able to see through the water column to at least 2.3 feet in depth. Because Freeborn Lake is a shallow lake, with an average depth of 3 to 3 1/2 feet deep, that’s almost to the bottom.

Vorland said the key nutrient to be addressed in Freeborn Lake is phosphorus. Although she isn’t sure of the lake’s current level, she said it was well over 200 parts per billion a few years ago. The benchmark to hit is 90 parts per billion.

If the lake is able to meet these qualifications, Vorland said it has potential to provide wildlife use, recreational opportunity and a good fishery.

She said the community has met the drawdown and rehabilitation project with both support and some concern. There are those who liked the lake the way it was and felt less aquatic vegetation was better for recreational uses. But the bottom line for Vorland? The water quality was poor.

“It’s not been 100 percent supported, but I think that overall, we’re on track to try and hit our, meet the clean water objectives and yeah, that can mean change,” she said.

• Freeborn Lake’s rehabilitation also included replacing the lake’s dam, changing it from a fixed-press to a variable-press dam, which Vorland said allows for more variability in water elevations. The previous dam also leaked and was subject to flood damage. Engineering and funding for the dam was provided by Ducks Unlimited, said Freeborn County Director of Public Works Sue Miller. Freeborn County did a review of their designs. The county owns the dam, which is managed by the DNR.

• The county cost-shared for a culvert replacement along County Road 6, footing $25,000 of the cost with aquatic invasive species management grant funds. The culvert is west of the dam and a velocity tube, which Miller said means it it set at an angle so the water goes too fast for rough fish to swim upstream. The culvert was installed in advance of the drawdown to ensure rough fish would not get back in, Miller said. 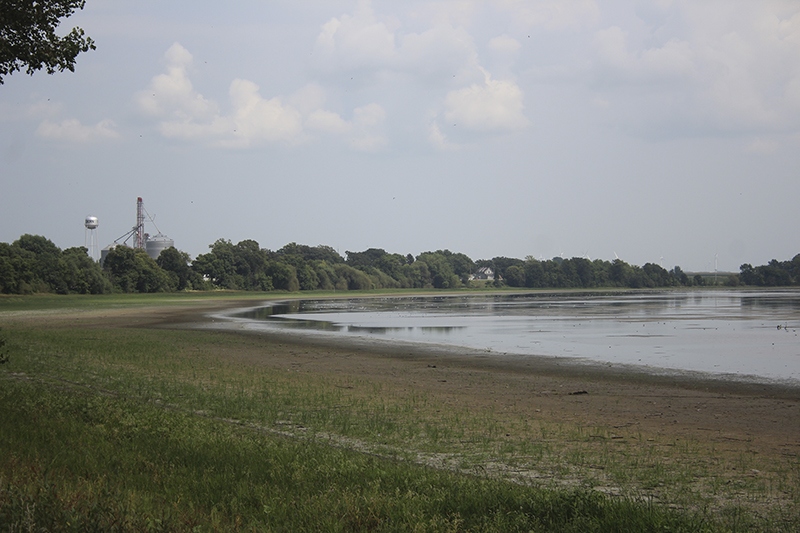 The Department of Natural Resources drew down the lake last winter, and DNR wildlife manager Jeanine Vorland said the water levels have not returned to their normal average 3 to 3 1/2 feet depth since as the lake is rehabilitated. – Sarah Kocher/Albert Lea Tribune