Grilling up a good time 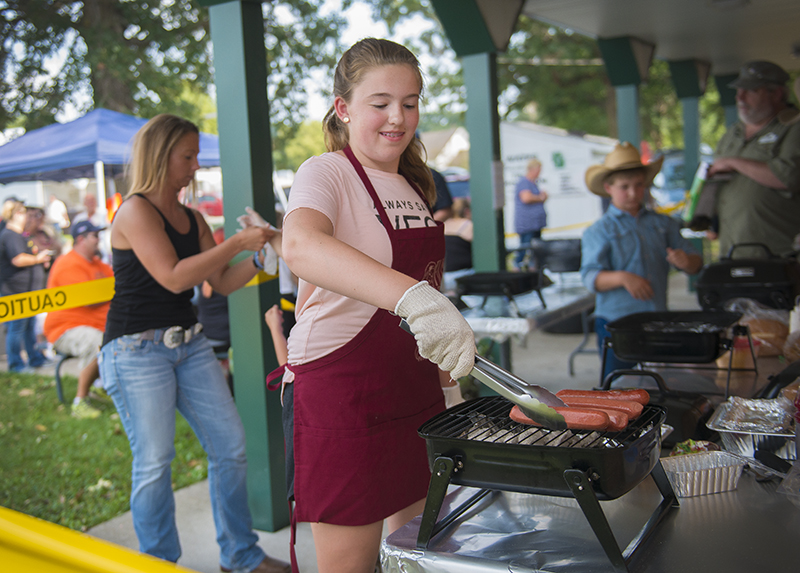 Olivia Braun competes in the Kids-Que Friday at the Freeborn County Fairgrounds during the Big Island Bar-B-Que. Her father, Andy Braun, is competing in the barbecue competition with the Aces High team out of Stillwater. - Colleen Harrison/Albert Lea Tribune

Annual barbecue competition comes back to the fairgrounds

More than 100 teams were expected to compete in barbecue, steak and chili competitions during the two-day Big Island Bar-B-Que Friday and Saturday at Freeborn County Fairgrounds.

Fifty of the teams are slated to make barbecue, and 50 steak. Seven participated in the chili competition.

Cash prize money will be awarded for the top three People’s Choice chili cook applications, and the top 10 places in all categories except Overall were paid.

“It brings cooks and judges from multiple states into town,” said event founder Perry Vining of the barbecue. “It generates a lot of visitors from far away, and it’s an activity that the community can come and taste chicken wings.” 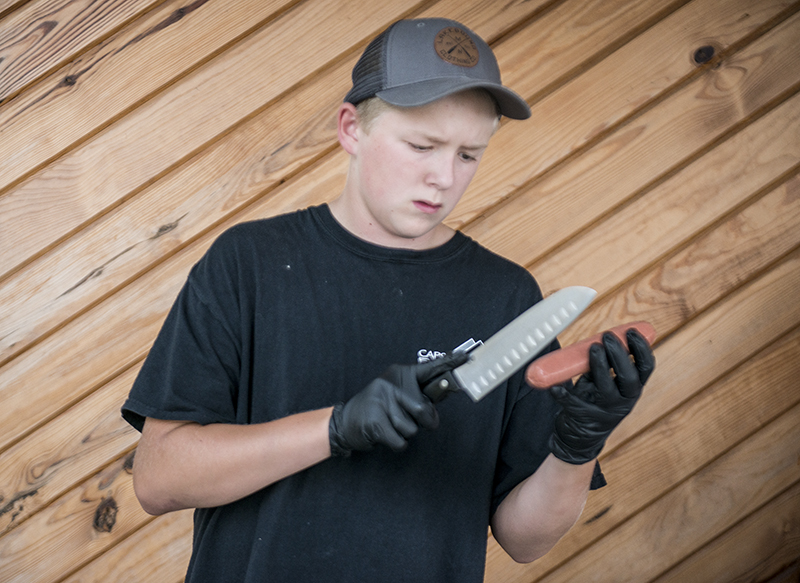 Scott Schreier of Delano, who has competed in similar events in Wisconsin, South Dakota, Kansas City and Canada, participated in at least his sixth cooking event of the summer this weekend. He cooked chicken, brisket, pork and ribs.

“We always like competing against these other teams,” he said.

Hanna Lauer, 11, made hot dogs in the children’s competition. She said she competed after participating in a hamburger competition two weeks ago.

She said she enjoys cooking, a different hobby than her family.

Her father, Shane Chapek, was also cooking in the event, and she expressed confidence she would win.

“We enjoy barbecue contests, and Perry always has really good ones,” he said. “The Freeborn County Fairgrounds are great for this kind of setup.” 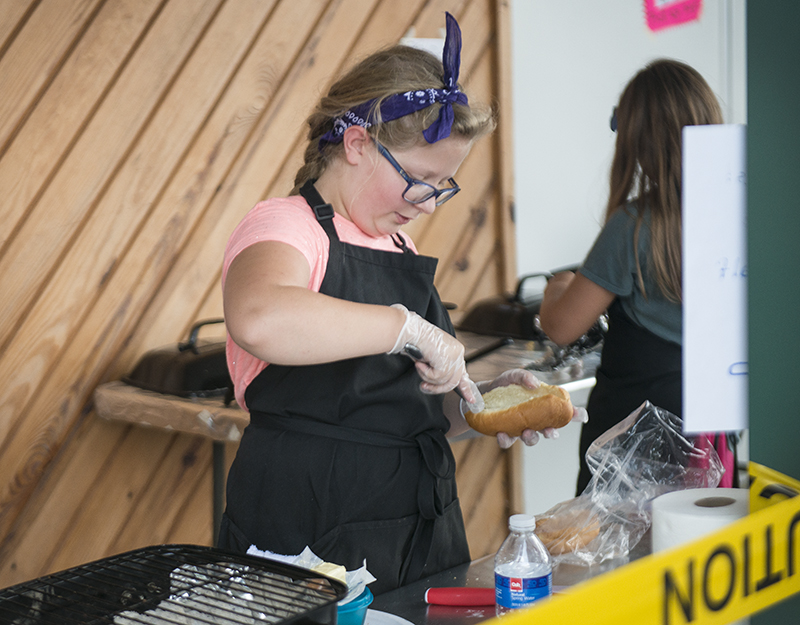