My Point of View: Let’s boost the turnout for the upcoming election

My Point of View, By Jennifer Vogt-Erickson

Minnesota is a great state for many reasons, one being that it has one of the highest voter turnout rates in the country. Minnesota makes it easy to vote, with same-day registration in effect since 1974. We have a reputation for clean and fair elections.

In the 2016 general election, Minnesota once again had the top voter turnout of any state, at nearly 75 percent. That’s not bad, but as Minnesotans, we have to ask, can we do better than that? 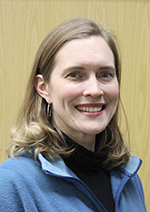 Yes, we can. In midterm elections, voter turnout rates tend to dip, so it’s especially important to encourage people to vote. Early “no-excuse” voting makes it more convenient than ever to participate. People can vote by mail or in person at county election offices starting 46 days before election day.

It helps that midterm turnout in Minnesota is likely to be higher this year because of numerous contested races. The governor’s seat and both U.S. Senate seats are on the ballot, as well as all congressional and state representative seats.

Another way to boost turnout is to look at who is not showing up. One group that perennially sticks out is people ages 18-29. (Rates of voter participation tend to gradually increase with age until about 80 years.) Only about one in three eligible voters in their 20s or younger are expected to cast a ballot in this election. How can we flip that around?

Registering to vote is a solid place to start. Sometimes it’s just a matter of getting over that hurdle. Finding out the location of one’s polling place is also key. Young people move around more and may not be aware of where they should vote. Furthermore, they may not be naturally gleaning this information from their friends, who are also less likely to vote.

Look around at all the young people in your life. Do they have a smartphone attached to their hand? Are they eligible to vote yet? If so, great. That makes it convenient for them to register to vote. They can simply enter “mnvotes.org” in their web browser and it will take them directly to the Minnesota secretary of state’s page on elections and voting. They click on “register to vote,” and it will take them through an easy registration process.

Help spread the word about this to your friends and neighbors. While I was at the Freeborn County DFL booth at the fair, I asked a number of young people who passed by if they are registered. About half the people I asked who were of voting age said they were not yet registered, and I directed them to the secretary of state’s website.

People can use the online method to register for the general election up to three weeks before election day. Since election day is Tuesday, Nov. 6, this year, that means voters can register online until Oct. 16. If people miss this deadline, they can still follow the instructions for registering on election day.

But why should we make it easier? Isn’t voter fraud a problem in Minnesota?

No, it is rare. After the recount in the 2008 U.S. Senate race between Al Franken and Norm Coleman, Coleman’s lawyer remarked on “Almanac” in 2010, “We were looking for fraud, but we did not see it.”

Ebenezer Howe made an inaccurate statement in his Aug. 7 column in this paper that “bad folks” who are caught casting a fraudulent ballot “would probably only have to promise not to do it again.” This is simply false. Intentionally voting illegally is a felony. Conviction carries a potential sentence of one to five years in prison.

Most efforts to block fraudulent voting by requiring voter ID or allowing “voter purges” for not voting in consecutive elections are aimed at reducing turnout of populations who tend not to vote for Republicans. Republicans ought to be able to win elections based on getting a true majority of voters to choose them instead of working to legally suppress turnout.

The DFL is looking strong for Nov. 6. Tim Walz for governor, Tina Smith and Amy Klobuchar for U.S. Senate, Dan Feehan for Congress and Terry Gjersvik for state representative are an excellent lineup. They are all candidates we can be proud to support and who will move our citizens’ interests forward at the state and national levels.