Herberger’s has its final day 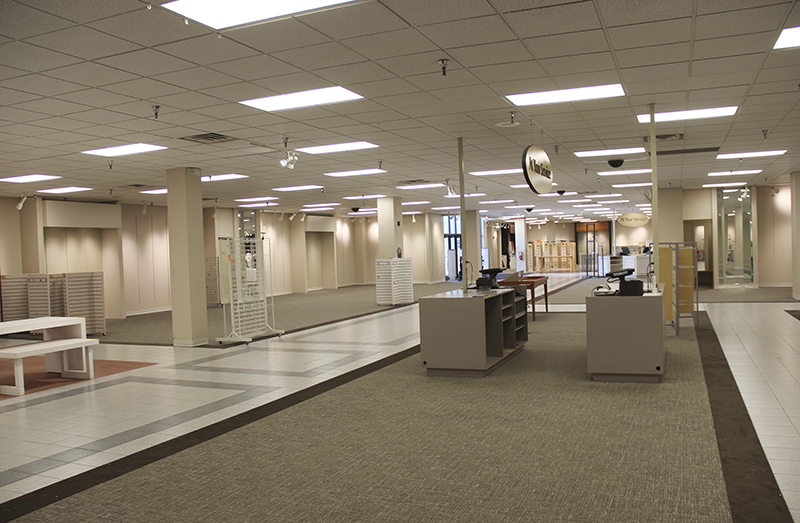 The Albert Lea Herberger's was nearly empty Monday afternoon with the exception of some store fixtures. Sarah Stultz/Albert Lea Tribune 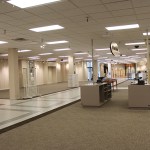 The Albert Lea Herberger’s was nearly empty Monday afternoon with the exception of some store fixtures. Sarah Stultz/Albert Lea Tribune 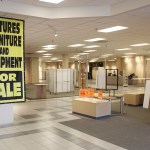 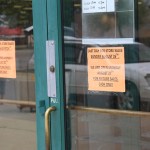 A sign on the west door of Herberger’s alerts customers to the final days of the store. Sarah Stultz/Albert Lea Tribune 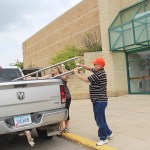 Jessi Mary of Lake Mills and Herberger’s employee Art Hughes load a store fixture into the back of Mary’s truck Monday afternoon. All sales were complete with the exception of some of the store fixtures as of the afternoon. Sarah Stultz/Albert Lea Tribune 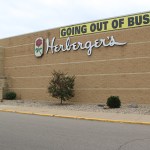 Herberger’s in Albert Lea is one of more than 200 stores across the country closing that were owned by The Bon-Ton Stores Inc. Sarah Stultz/Albert Lea Tribune

What store will come to A.L. next?

After decades in the community, Albert Lea’s Herberger’s has closed its doors.

The last day to purchase remaining merchandise was Sunday, and people interested in purchasing store fixtures could do so Monday.

“It’s sad,” said Jessi Mary of Lake Mills, who was at the store Monday, buying some of the shelves for her JM Hair Studio. “It’s sad that they’re closing everywhere.”

With exception of a few people looking to buy store fixtures, the store was nearly empty Monday afternoon.

Younkers in Austin is also expected to close this week.

The Bon-Ton Stores Inc., parent company of Herberger’s in Albert Lea and Younkers in Austin, in April announced it would close all of its stores nationwide as part of a liquidation of the company’s assets.

The store, and all other stores owned by Bon-Ton then began more than four months of liquidation sales.

At the time of the announcement, Bon-Ton operated 250 stores in 23 states in the northeast, Midwest and upper Great Plains. Stores were under the Bon-Ton, Herberger’s, Younkers, Bergner’s, Boston Store, Carson’s and Elder-Beerman nameplates. The stores have offered apparel and accessories for women, men and children, as well as cosmetics and home furnishings.

The liquidation came after the U.S. Bankruptcy Court for the District of Delaware approved the company’s liquidation plan. That agreement reached was between The Bon-Ton Stores and a joint venture composed of Great American Group LLC, Tiger Capital Group LLC and the holders of the company’s 8 percent second lien secured notes due in 2021. The joint venture was the winning bid in an auction held April 16 and 17.

Bon-Ton and its subsidiaries filed voluntary petitions for a court-supervised financial restructuring under Chapter 11 in February.