‘It feels nice to give back’ 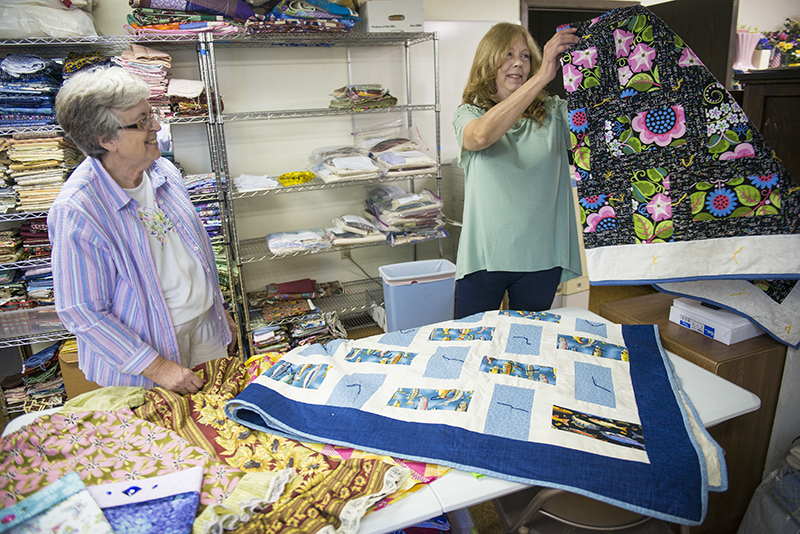 Lona Berg, right, and Karen Nelson talk about the different items they've made through their sewing groups to donate to those in need. - Colleen Harrison/Albert Lea Tribune

According to the World Bank, Ethiopia has a per-capita income of $783, making it one of the poorest countries in Africa.

To help the impoverished population in that country, local sewers are donating handmade items.

The first delivery to the country was in July 2017 and included 75 dresses and 35 shorts and shirts.

Organizer Lona Berg, a paraeducator at Adult Basic Education, said she became aware of the need while at her job.

“We have a lot of people of different races, and one of the families there mentioned he was going back to Africa for a visit and missionary stuff, and so, ‘Hey, why don’t you take some of our stuff,’ (because) they have so little there,” Berg said.

The next delivery is expected when local resident Simon Dhol delivers the items to an Ethiopian refugee camp.

Donations to Ethiopia, Puerto Rico and Haiti and locally have been made through Community Sew Day, which takes place in association with Shinefest. The events have occurred twice annually for the last seven years. 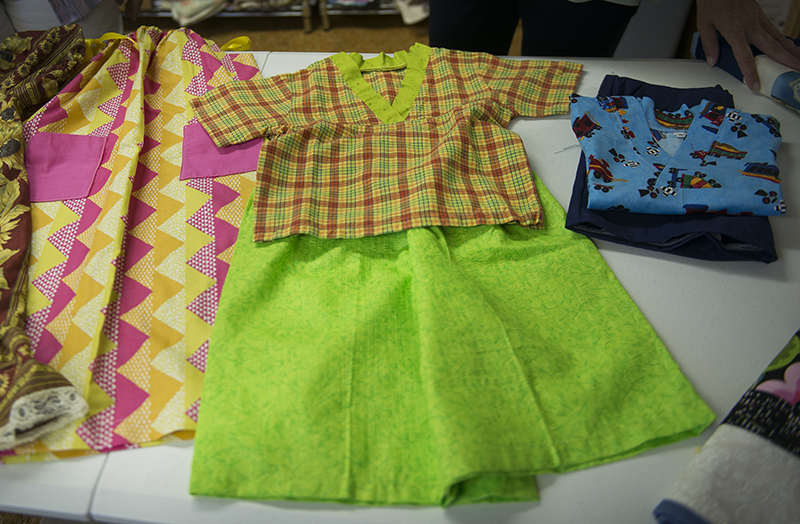 The sewing group’s first delivery to Ethiopia was in July 2017 and included 75 dresses and 35 shorts and shirts. – Colleen Harrison/Albert Lea Tribune

Organizers hope the next one takes place around Easter.

Shirt, dress and quilt kits are available for participants, as well as care bags for homeless people.

Berg, who has made dresses and care bags, said she enjoys her work.

“It feels nice to give back,” she said. “They’re in need. You hate to have people in need and not have anything. And so they’re so grateful when they get it. We have pictures of them and their big smiles.”

Karen Nelson has recently made about 10 to 12 quilts, with each one taking at least 10 hours to complete. She said she enjoys seeing the recipients of clothing try them on for the first time.

“The women that sew, they like to see that — where their dresses that they made went and hear about how happy the kids were,” she said. “They hurry up and put them all on.”

Nelson and Berg said their belief in Jesus Christ motivates them to donate clothes.

“If you really are a Christian, you realize that there are needs for people who have very little or nothing, and if you can do something, make them happy with a quilt … I’ve never been there when they’ve received the quilts, but I’ve talked to the lady who comes and gets them, and she says the people just cry when they get a quilt.

“They take them to their room and just cry because they’ve never had something like that.”

Nelson said Community Sew Day events have been hosted in several places in Albert Lea over the year, and they have been welcomed at every location.

“They must like us, because they keep supporting us,” she said.

“We have very few dry eyes by the time we leave,” she said.

Fabric is donated to sewers by those with an excess of product or from people who have died.

“We just can’t believe how it keeps coming and coming,” Nelson said. 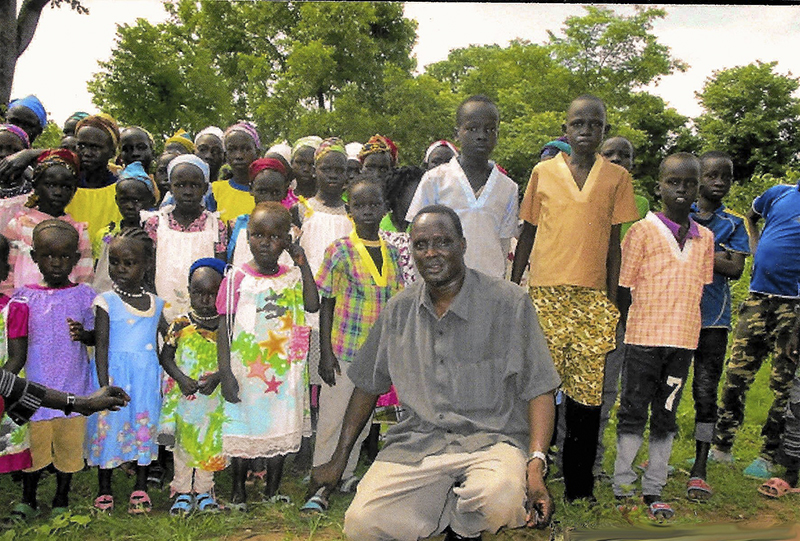 The next delivery of donated handmade items is expected when local resident Simon Dhol delivers the items to an Ethiopian refugee camp. – Provided