John LeRoy King, 80, formerly of Albert Lea, passed away Friday, Aug. 24, 2018, at Flowers Hospital in Dothan, Alabama. He had been living in Dothan, with his wife and near his son and family, for the past year. 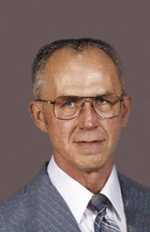 His favorite hobby was woodworking. He would make various items and often donate them to charity benefits through the Eagles club and other organizations.

He was preceded in death by his parents Lloyd and Selma; a sister in infancy, Judy; and brother, Curtis.

In lieu of flowers, memorials are preferred to the family.