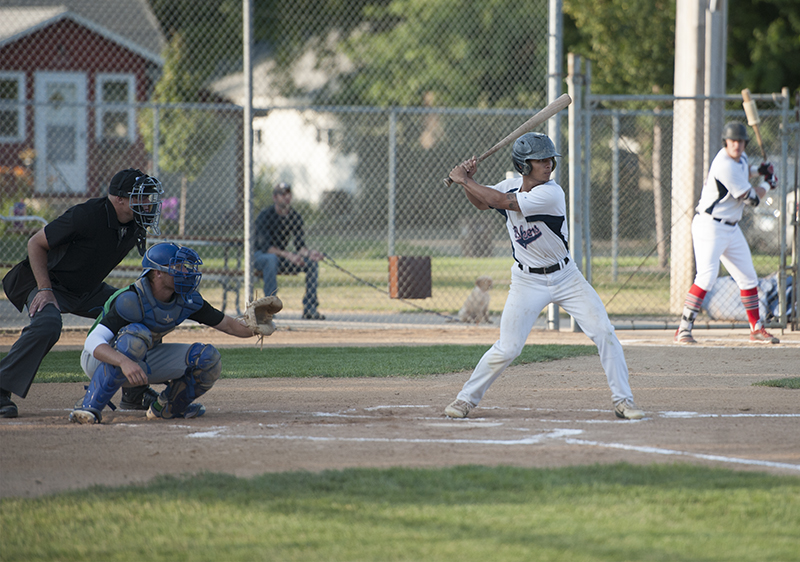 Keanu Van Kuren waits for a pitch early in the game against Storm Lake Thursday night. Van Kuren would ground out to end the first inning. - Tyler Julson/Albert Lea Tribune

Albert Lea one win away from claiming Pioneer League championship

The Albert Lea Lakers came one step closer to accomplishing their final goal of the season Thursday night when they hosted the Storm Lake Whitecaps in the first game of the Pioneer League Championship Series.

Despite trailing for the first half of the game, the Lakers found their stride in the second half — beating the Whitecaps and taking game one of the series, 4-1.

The first inning was fairly uneventful for both the Lakers and Whitecaps, as both teams were only able to get one base runner each. The Lakers were put in a tough spot in the second, however, when the Whitecaps put runners on the corners with just one out. A strikeout and a fielder’s choice helped the Lakers get out of the inning unscathed. 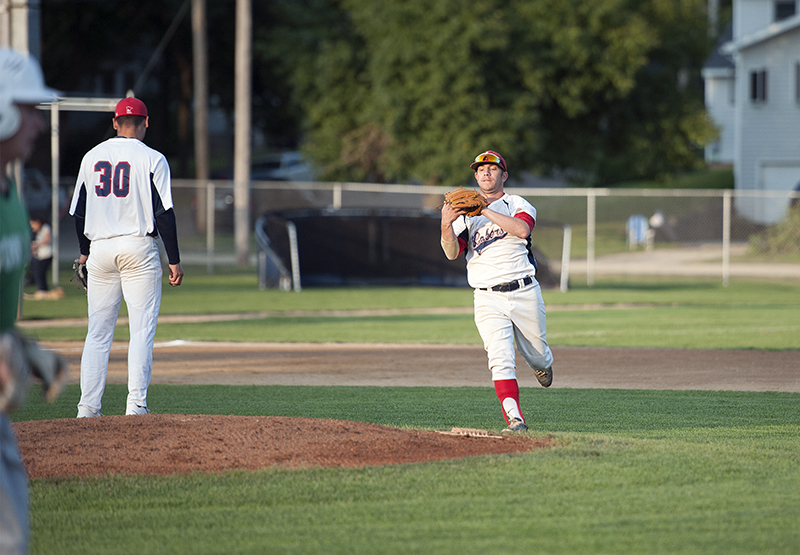 Joey Ponder makes the running catch to end the third inning Thursday night. The Lakers would go on to win the game, 4-1, and take a one-game lead in the championship series. – Tyler Julson/Albert Lea Tribune

The Whitecaps came back in the third, however, scoring the first run of the game after a lead-off double and an RBI groundout. The score would remain 1-0 over the next couple innings, as the Lakers were quiet from the plate.

Finally, in the bottom of the fifth inning, the Lakers’ bats came to life. Derek Burns led off the inning with a walk and was moved along to third after a double by Joey Ponder. Both Burns and Ponder crossed the plate after a double dropped on the right field foul line by Liam Spence. They would add another run two batters later with an RBI double off the bat of Josh Dudden.

The Albert Lea defense would go through the sixth and seventh innings playing stellar defense, retiring the first three batters they saw each inning.

Storm Lake put one runner aboard in the eighth inning, but that threat was quickly erased when a double play ended the inning. 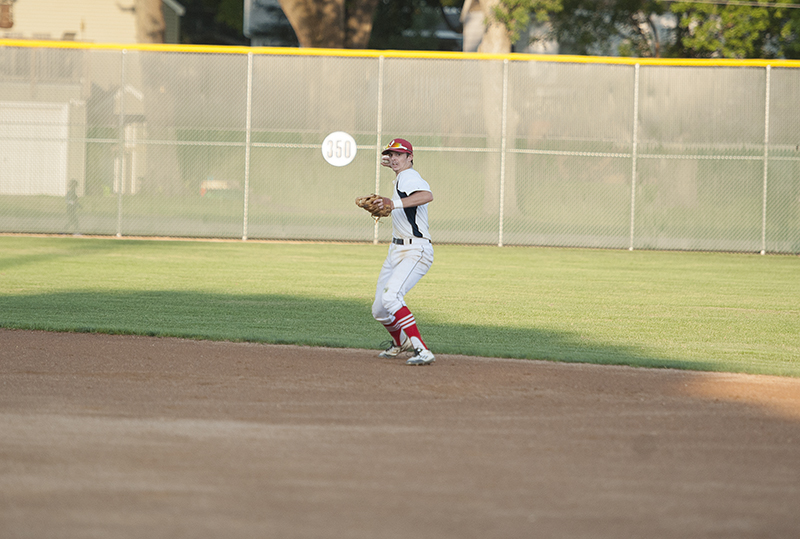 Liam Spence winds up to make the throw to first and record an out Thursday night. Despite trailing early, the Lakers used a three-run fifth inning to take the lead. – Tyler Julson/Albert Lea Tribune

The Lakers added an insurance run in the eighth inning when Thomas Krause led off with a double and was hit in by a double off the bat of Mitchell Keeran. They would load the bases before the inning ended, but a close call at first base ended the inning before the Lakers could do any more damage.

Axl Parra started on the mound for the Lakers. Parra pitched eight innings, allowing one run on seven hits and striking out seven batters. Robin Allen made a relief appearance in the ninth inning, allowing zero runs on one hit and striking out one batter.

The Lakers now lead the championship series 1-0 with one more win giving them the title. They will play Friday night in Storm Lake, with first pitch scheduled for 6:45 p.m. If necessary, game three will be in Albert Lea at 6:45 p.m. Saturday. 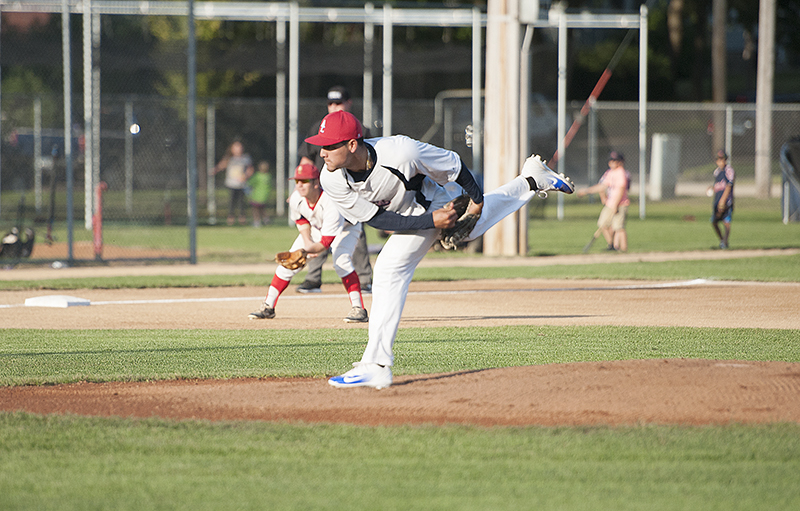 Axl Parra made the start on the mound for the Lakers Thursday night. Parra pitched eight full innings, allowing one run on seven hits and striking out seven batters. – Tyler Julson/Albert Lea Tribune