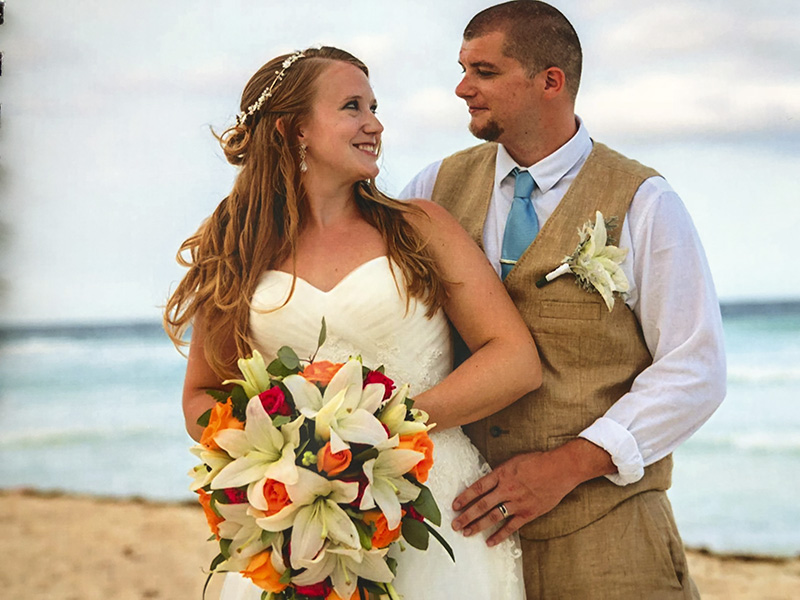 Vanessa Lee of Mesa, Arizona, formerly of Albert Lea, and Steven Troupe of Mesa, formerly of Lyle, were married on May 29, 2018, in a private ceremony at Secrets The Vine Resort in Cancun, Mexico.

She is a 2006 graduate of Albert Lea High School and a 2014 graduate of Winona State University, where she received her bachelor’s degree in nursing. She is a registered nurse.

The groom is the son of John and Tamara Troupe of Brownsdale and Patricia and Timothy Adamson of Lyle and the grandson of Charlene Kruger and the late Harold Kruger of Albert Lea. He is a 2008 graduate of Lyle/Pacelli High School. He is a network administrator.