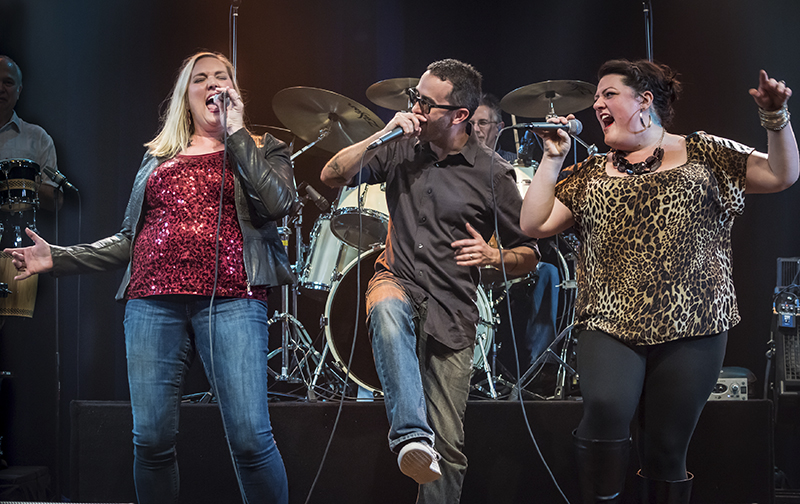 Andreea Huikko, left, Josh and Rebekah provide vocals for Emerson Avenue Band. Huikko grew up in Albert Lea and lives in the Twin Cities, where the band is based. Provided

As Thursdays on Fountain continue through the summer, a Twin Cities-based band is coming to Albert Lea to perform with a local tie in the form of one performer.

“A lot of the music that we sing is soulful, and we’re basically like a great party band,” Emerson Avenue Band singer Andreea Huikko said.

Huikko grew up in Albert Lea and moved away for college. She lives in the Twin Cities.

Huikko joined Emerson Avenue Band five or six years ago after meeting a saxophonist who suggested she audition.

“The rest is history, I guess,” Huikko said.

The band’s music reaches into R&B, rock, soul and funk, spotlighting artists like Aretha Franklin, Chicago, Amy Winehouse, the Bee Gees and Stevie Wonder. Huikko said being part of the band allowed her to explore a different side of her voice, specifically mentioning Franklin. 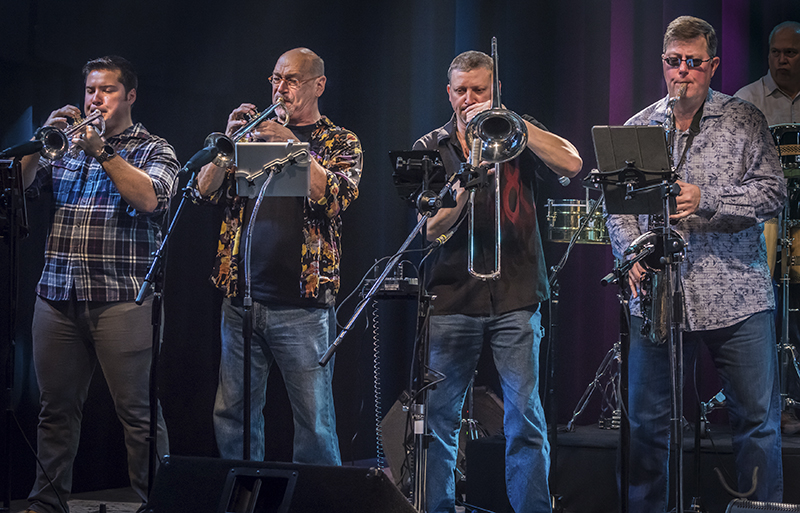 Emerson Avenue Band’s sound is heavily influenced by its horn section. “You don’t get that same musical experience as when you experience live horns,” Huikko said. “There’s just something about it.” Provided

“We get to see our range vocally, for sure,” she said.

The music is also a chance for the vocalists to work with rich harmonies, Huikko said.

Along with Huikko on stage are 11 others in a band intent on featuring its horns.

“Basically, we’re kind of a high-energy, horn-driven classic rock band that is really rooted in the classic tracks,” guitar player and band manager Les Stenberg said. Although the band formed in the 1980s, he said its current form was a more recent change at the time Huikko and others were brought on.

Huikko said the emphasis on the band’s horn section sets them apart from other performers. She said hearing those live horns from performers now is a rarity.

“You don’t get that same musical experience as when you experience live horns,” she said. “There’s just something about it.”

In addition to musical greats of past decades, the band has mixed in pieces that touch other generations. Those who attend Thursday will hear Heart, but they’ll also hear Adele and Walk the Moon.

Sometimes there’s a sweet spot in between. Huikko’s example is Stevie Wonder’s “Don’t You Worry ‘Bout a Thing,” written in 1973 but also featured in the 2016 animated children’s movie “Sing.” It’s all part of an effort to avoid pigeon-holing the band’s music or sound and reaching a broad audience, Huikko said.

Although Huikko has performed in Albert Lea since she moved to the Twin Cities, this is her first time at Thursdays on Fountain.

“I love it,” she said. “I’m super excited to come back and, you know, hang out with all of my friends again and just be back in the community where I started, and just let them know that I didn’t just disappear, but that I continued with my talents.”

What: Thursdays on Fountain