Mayoral candidates face off in forum 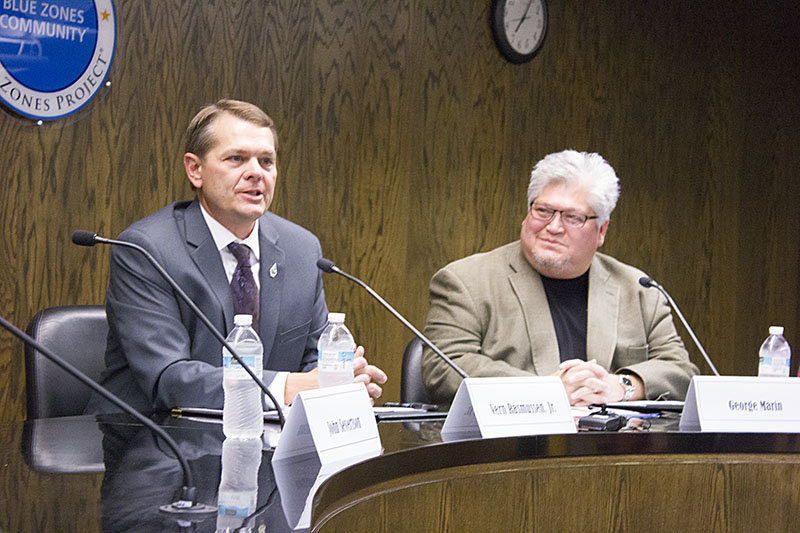 Mayo Clinic Health System’s decision to transition most inpatient services from Albert Lea to Austin was a source of contention Monday night during an Albert Lea mayoral forum at City Hall.

Marin said Rasmussen, a physical therapist at Mayo Clinic Health System at Health Reach, should have taken more of an active role in speaking against the transition. Marin said he and his wife, Jill Marin, who have both worked for Mayo, have still spoken publicly on the issue. 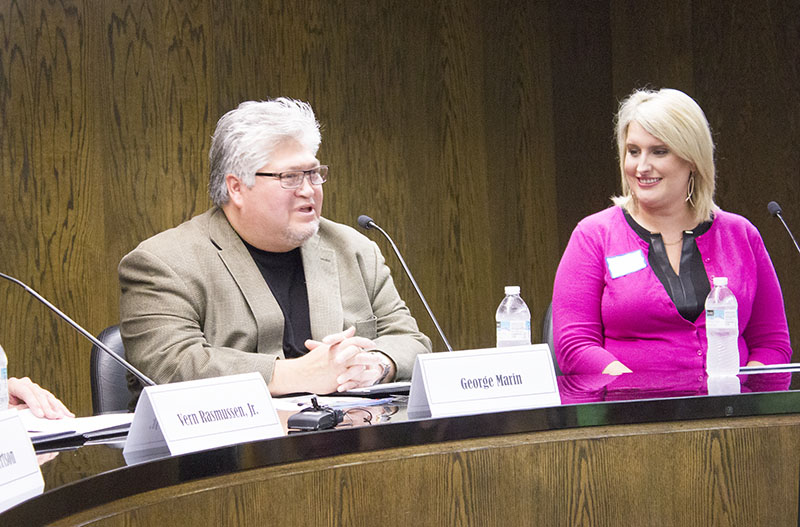 “If you’re going to be our mayor, you’ve gotta stand up and lead,” he said.

Rasmussen, who has recused himself from the issue, said he needs the position to support his family.

He later said he wished he could have been more vocal about the transition.

Rasmussen said the transition is an escalation of the changing landscape of rural health care, noting Albert Lea must continue to speak with Mayo Clinic and look for opportunities.

Marin called health care “a crisis point in our community” and cited his family’s financial and logistical support for Save Our Healthcare as evidence he supports the organization’s cause.

Severtson, a Vietnam War veteran, said he understands the community’s frustration in losing health care services, but his main concern is with the hospital’s decision to end its participation in the Veterans’ Choice program.

The 1 1/2-hour forum was sponsored by the Albert Lea-Freeborn County Chamber of Commerce. The three candidates will face off in the primary election on Aug. 14. 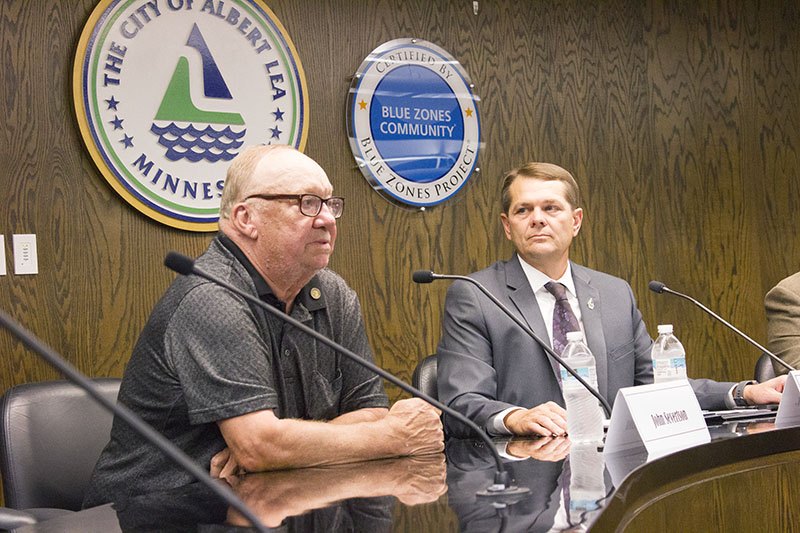 Marin said the city needs to prioritize health care and meeting the needs of its current businesses, adding if elected, he would advocate for every councilor to introduce themselves to local businesses and thank them for investing in the community.

Rasmussen said unfunded wastewater treatment needs could cost the city $60 to $70 million, adding the city needs to ensure its concerns about the issue are voiced at the state level. He said he supports building the city’s tax base and discussed the city’s business loan program.

Severtson said the city has lost quality factories and not replaced them, acknowledging he does not know how to attract businesses.

Severtson and Rasmussen called the city’s housing an issue. Rasmussen discussed initiatives the city has undertaken to improve its housing stock, including tax abatement.

“It’s really important that we continue to fill those needs,” he said. Rasmussen advocated for speaking with Riverland Community College to ensure the community is meeting its workforce needs.

Marin said the city needs to focus on retaining and attracting young people and expressed support for holding public forums including the city, Freeborn County and Albert Lea school district to strategize their operations together. 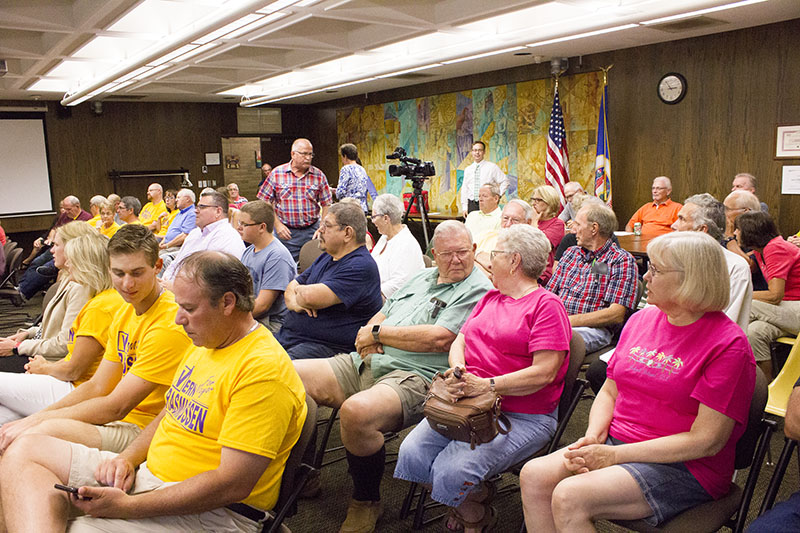 Rasmussen said the city needs to continue to work with the state to develop the East Main corridor to prevent future flooding, noting construction on the stretch of road is expected to finish in 2020. He acknowledged the city’s lakes are good for the community but also pose flooding challenges.

Marin noted he helped secure funding for the Sunset Street expansion project when he was formerly on the Albert Lea City Council and said the city needs to push for the project’s completion at the state level.

Rasmussen called the notion that city councilors are not directing staff “a misnomer.”

“Administration (is) not running the city; the council is really directing the staff,” he said.

Severtson said better communication is needed between the public and administrative members.

Rasmussen said he has brought people and organizations together as mayor and been open to the public.

Severtson, chairman of Beyond the Yellow Ribbon of Albert Lea, cited his large role in the organization as an accomplishment.

Marin discussed his troubled childhood in San Diego before leading a successful life afterward, including being debt-free.

He mentioned his supporting children in the community through fellowship.

Marin said the city’s charter includes a section stipulating that city councils are responsible to voters, not administrative staff. He called on the City Council to play a larger role in Albert Lea’s operations.

Rasmussen said he has worked with other government organizations over the last four years as mayor and plans to continue doing so if re-elected.

Rasmussen said tax revenue will grow as the community advances.

“We need to ensure that the city’s agenda matches everybody so that there’s progress and prosperity for all,” he said.

Severtson said the city needs to communicate and work together to ensure financial success.

Rasmussen said patience is needed to develop the former Farmstead Foods site, which has sat empty since a fire destroyed the factory in 2001. He said the city needs to keep promoting the property.

Marin said any new fire station should be at Blazing Star Landing.

Rasmussen said he will form an opinion of where the fire station should be after more research is done on the subject.

Severtson said he has heard options being discussed for the site, adding the city should look at all options before making a decision.

Marin spoke of his effort to encourage people to clean their properties, including volunteering to mow a lawn.

Severtson, chairman of the Albert Lea Housing and Redevelopment Authority, spoke of his support for cleaning the city’s housing stock through the agency.

Rasmussen said organizations such as the Lakes Foundation are working to clean the community, adding he believes dangerous housing conditions need to be taken care of sooner. He advocated for the city to pursue more such cases by suing landowners.