A memorial service for the Rev. Monrad V. Mandsager will be at 11:30 a.m. Sept. 15 at First Lutheran Church in Albert Lea. The Revs. John Holt and Sean Forde will officiate. Visitation will take place one hour prior to the service at the church. 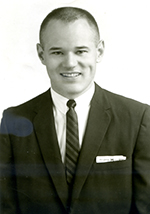 He was born April 16, 1935, in North Battle Ford, Saskatchewan, Canada, to the Rev. Melvin and Clara Hagen Mandsager. He was baptized at Urland Lutheran Church by his father. He attended Sunday school at Trinity Lutheran Church in Hardy, Iowa, and was confirmed by the Rev. T.B. Thorson.

Monrad attended Norway No. 3 country school near Thor, Iowa, the same one his father and his nine aunts and uncles and 12 cousins did. He also attended Grove No. 8, completing eighth grade. He graduated from Humboldt High School in 1953 and continued his education at Eagle Grove Community College while farming for his Uncle Guy and Aunt Louise Barker. He attended LBI for two years and then St. Olaf College in Northfield, graduating in 1959, and Luther Seminary in St. Paul in 1963. He spent one summer on the SS American in Detroit Lakes as ship bell hop and chaplain. His ordination was June 3, 1963, at Trinity Lutheran in Hardy, Iowa. Five days later, he and Karen Helena Rem were married at Norway Muskego Lutheran Church in Wisconsin before leaving Aug. 8, 1963, for Sao Paulo, Brazil, to study Portuguese for one year. His mission call was to Bauru and Maringa, 1963 to 1968, where Mandsager was one of the first missionaries to deliver sermons in Portuguese. Debbie and Craig were born in Brazil. 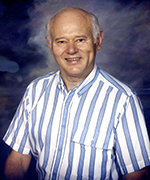 Back in Minneapolis, Phillip was born; the family then moved to California, where Mandsager began a mission church in Sunnymead, 1968 to 1970 and was also an associate pastor at Hope Lutheran in Riverside with the Rev. Robert L Miller. Peter was born in California. He earned his California teaching credential in Bakersfield, while working in the oil fields in 1970 to 1972. Monrad answered a call to be pastor at Grace Lutheran in Redway from 1972 to 1974. At Sinai-Lake Campbell Lutheran Churches in South Dakota, he served as pastor from 1974 to 1977. He entered a clinical pastoral education program at North Memorial Medical Center in Minneapolis from 1977 to 1978, serving at Our Savior’s Lutheran while in school. Now as Chaplain Mandsager, he worked at the University Health Care Center in Minneapolis for 11 years and at St. John’s Lutheran Home in Albert Lea for 14 years, taking a three-month sabbatical at Holden Village Lutheran and at Academy of the Rockies in 2000. He retired Feb. 9, 2003, but continued to reach and teach the fifth step to many who needed help. Monrad made the world a better place with his loving ministry of compassion and kindness and his humble empathy that was his superpower.

He was preceded in death by his brother, Milan Clarence; and his parents Melvin Olaf Mandsager, Clara Caroline Hagen Mandsager and Neva Lorraine Lenning Mandsager.