My Point of View: A case against Minnesota Secretary of State Steve Simon

My Point of View, By Ebenezer Howe III

The Minnesota Voters Alliance has a lawsuit against our Secretary of State, Steve Simon, over accessing “public data” necessary to evaluate the extent of the ineligible voting problem in Minnesota, which some data suggests is massive. 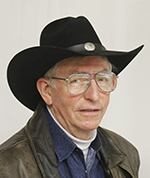 There are two schools of thought on fraudulent voting. One is that “if” it exists at all, it is extremely minuscule and that those who did vote fraudulently only did so by mistake. The other view is that ineligible voting is widespread and nefarious. Voter fraud is not new; it has been around probably since elections started way back in ancient Greece and then in Rome, too. I believe the stories of dead folks voting in Chicago and President Lyndon B. Johnson’s first election as a state representative in Texas, where the total votes cast was greater than the population of the district, should make everyone curious as to whether our elections are pure. That is the position of Minnesota Voters Alliance — to determine if elections are pure.

After the normal fits and starts with such types of court battles, back in December, Ramsey County District Court Judge Jennifer Frisch denied a motion to dismiss the case. On June 22, oral arguments were heard. During the proceedings, the alliance presented to the court a large body of data, from government sources, which suggests that tens of thousands of voters may have voted ineligibly in 2016. The secretary of state made no objection to the validity of any of those data.

After the oral arguments and before the judge’s ruling, the alliance released 39 minutes of the two-hour hearing (ustextalert.com/mva_hearing/mva_hearing.html ). The alliance pointed out, “Notice in the video that Nathan Hartshorn, attorney for the secretary of state, argues that the data we seek is non-public, and, that the secretary has discretion to give out the data to whomever he wants, which one would assume, means, “his friends.” Watching the video reinforced my feeling that allowing video of court proceedings might not be so much of a good idea, even though my side looks best in this one. But I digress.

On July 11, Frisch ordered Simon to comply with the Minnesota Data Practices Act and provide the Minnesota Voters Alliance with millions of voter registration records, which he had refused to make public. Calling the secretary’s position “untenable,” the court’s analysis found no basis in the law for any of the arguments presented against the release of public election information.

Being an election judge makes me part of the county election staff. I am not in favor of same-day registration — much too easy for errors to occur and way too easy for fraud. I am sure bad folks take advantage of our same-day registration, and their votes have been counted before their fraudulent activity is discovered — if discovered. If caught, they would probably only have to promise not to do it again.

Now back to the MVA lawsuit against Simon. Why would he be against giving the public data to an organization that wants to use it to prove their suspicions of voter fraud, when, if the data proves purity of Minnesota elections, the cost will be on them? But, if he knows or suspects issues with Minnesota’s election integrity — not so much. So, why did Simon file an appeal to the Minnesota Court of Appeals? Just asking.

Add my personal bias, and I have to go with option two. Steve Simon for Minnesota Secretary of State should be a no vote.

The Six Best Days of Summer, otherwise known as the Freeborn County Fair, was last week. Again this year we were relegated to the Fairlane Building due to the re-work of the Grandstand. We will be back under the Grandstand next year, as we have been assured the rejuvenation project will be completed. It will be good to be back home, returning to the same location we’ve had since 1940.

I had the opportunity to see most of the draft horse and driving pony show on Saturday. I think I might take up judging horse shows. I got all the four-horse and six-horse hitch classes, the same as the judge brought in from Milaca did. I would do the judging gratis next year.