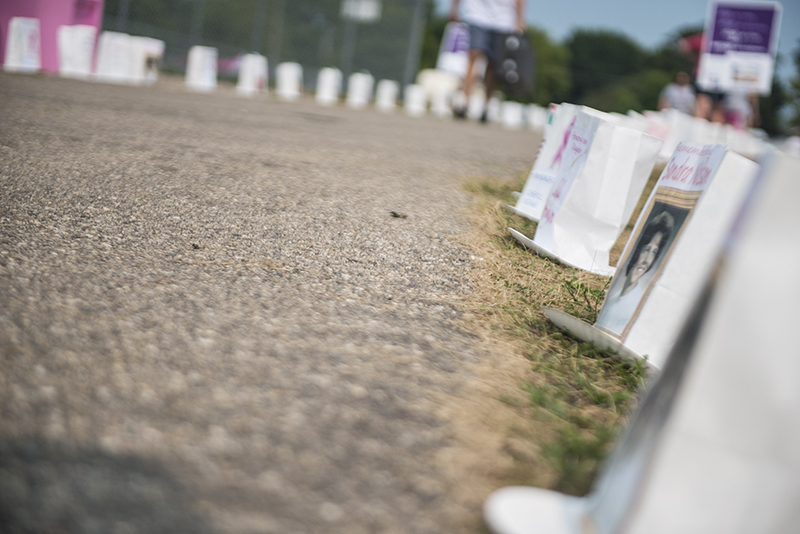 Survivors promote message of hope at Relay for Life

Honorary Survivors Ronda Staloch of Hartland and Janet Himmerich of Albert Lea shared their stories during the event’s opening ceremony at the Freeborn County Fairgrounds Grandstand.

Staloch described her breast cancer diagnosis in September 2016 and the shock she and her family felt following the diagnosis.

Despite battling cancer, Staloch said she kept her faith in God.

“I learned that God answers prayers,” she said.

A second tumor was later discovered, and Staloch understood she needed chemotherapy. She credited the Cancer Center at Mayo Clinic Health System in Albert Lea for its help in the process.

“I am so thankful for the Cancer Center here,” Staloch said. “It was amazing.”

Staloch learned she was genetically susceptible to cancer last December and underwent a double mastectomy early this year. She began radiation treatments in May and finished June 2.

Himmerich, who worked as a nurse for 42 years, lost her mother to cancer in 1997. She was diagnosed with the disease Aug. 10, 2014  — exactly four years before Saturday’s event.

She said she was told her life would change but was given an 85 percent chance for survival. 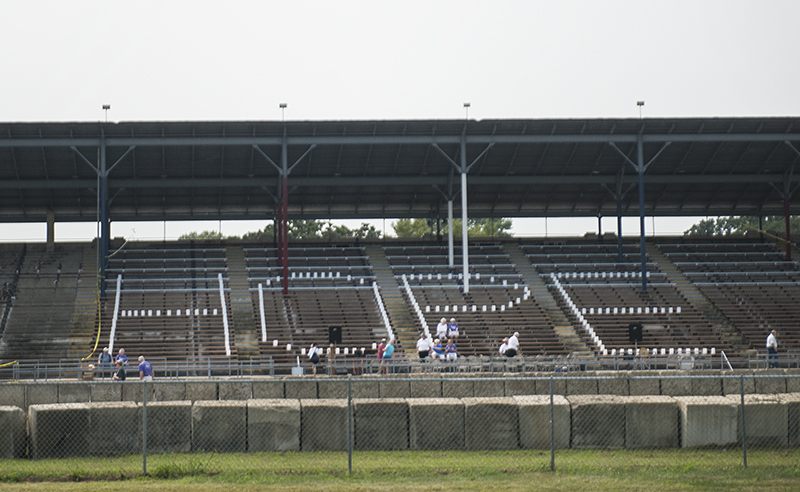 Luminarias are set up before the evening ceremony Saturday during the annual Relay for Life. – Colleen Harrison/Albert Lea Tribune

“I knew God was with me,” Himmerich said. She underwent chemotherapy for three weeks, and her husband shaved his head to support her. Children in her Sunday school class wore wigs one day to show support.

She closed her speech with an inspiring message for people battling cancer.

“Never give up,” Himmerich said.

The event included a children’s carnival, the Albert Lea Community Band, a survivors lap, songs of hope by Bruce and Janet Himmerich, Aubrey Johnson performing vocals and the ukelele, a luminaria ceremony and other events.

Relay for Life volunteer Brenda Bledsoe’s father died from cancer at age 54 in 1994.

“This was way before they even had a Cancer Center here,” said Bledsoe, a Cancer Center employee. “But if they ever did, that is where I wanted to work, and that’s why I am still here today.

“It’s me giving back to the Relay for Life and working with the Cancer Center.”

“We all go and do laps,” she said. “We make our bags together — luminaria bags — so it’s a great … community, family, just honoring.”

Volunteer Carissa Levorson said she volunteered because of the work the American Cancer Society does in Freeborn County.

“It’s a good organization to support for families undergoing cancer,” she said.

Event organizer Sami Jo Helmers Nelson spoke highly of the event committee and said her mother, who was diagnosed with cancer, got her involved in the relay.

She expressed hope the event would lead to a cure for cancer.

“It means a lot for me to be able to be out there,” Helmers Nelson said.

Anne Lisa Brown attended the event with her cousins. Her mother has battled breast cancer twice.

Brown’s aunt and grandmother have also been impacted by the disease.

She said people battling cancer need to have faith. 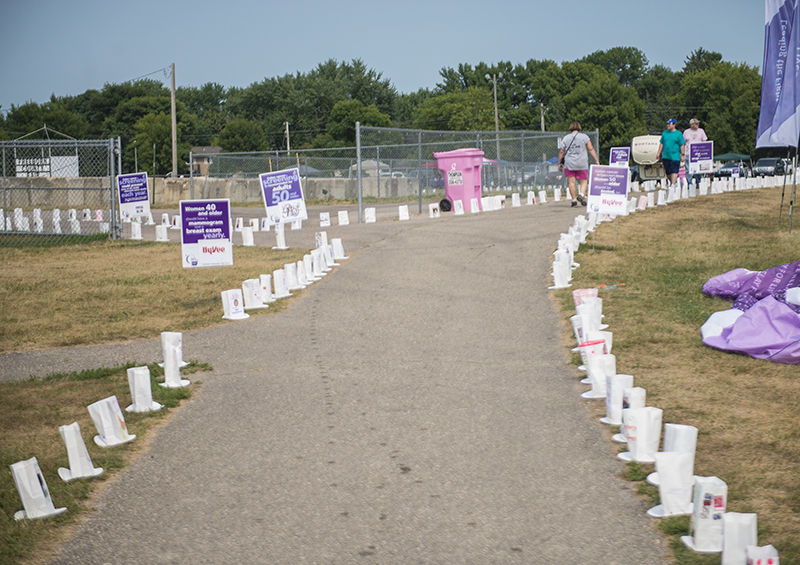