Prairie Profiles: ‘We’re all one community’ 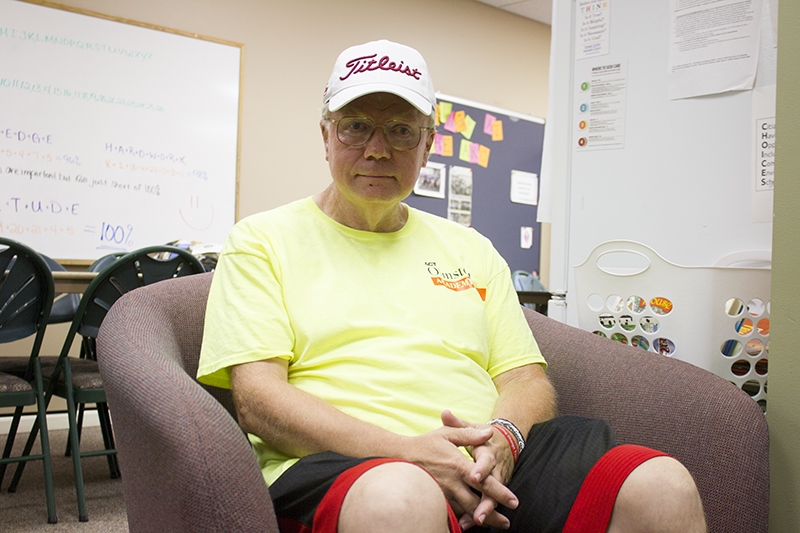 Richard Olson is educating people about the role people with disabilities can play in the community. - Sam Wilmes/Albert Lea Tribune

Man teaches about impact people can make through their own challenges

An Albert Lea man with a mild intellectual disability is teaching others how capable people with disabilities are and the difference they make in the community.

Richard Olson, 59, began his teaching journey as a child in New Richland, where he said he was sometimes treated differently by school staff because of his disability.

“Some of the teachers would kind of pick on me, but once I got out into the working community, it was a lot better,” he said.

Following high school graduation, Olson worked for MRCI in Mankato for at least 10 years before returning to Hartland and beginning work at Cedar Valley Services in 1994. He later began working at Good Samaritan Society of Albert Lea as a resident helper and as a custodian at Green Lea Golf Course, both jobs he still holds.

Olson had a booth at the Freeborn County Fair about the project, including a wheel that people could spin. Olson then asked participants questions about local services available for people with disabilities and other information. 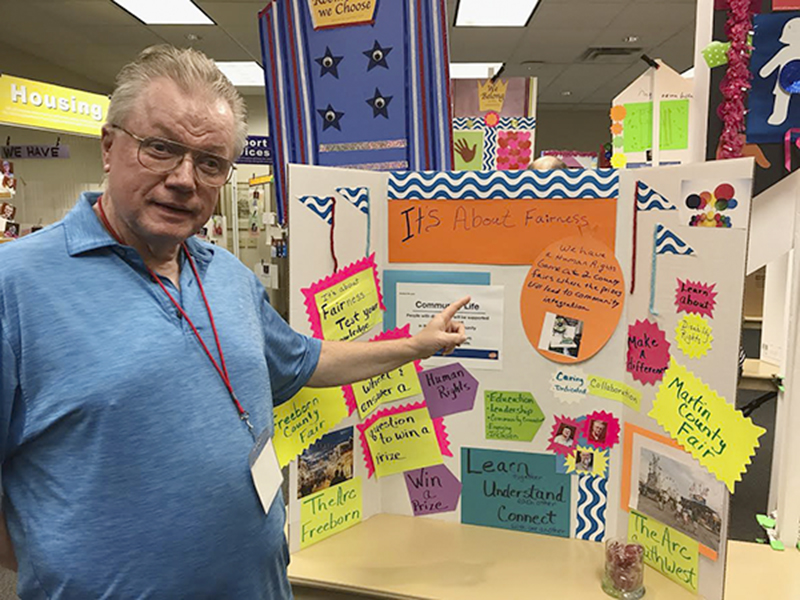 Richard Olson attended a conference in April, which is helping guide him in educating people about the roles those with disabilities can play in the community. – Provided

A board member of The Arc of Freeborn County, Olson is attending the Martin County Fair Wednesday as part of his project.

He hopes his awareness project makes people more aware of how much people with disabilities can accomplish.

“We’re all one community … we can do things like everyone else can do,” he said.

Olson said though there is not a lack of local services for people with disabilities, “I’m pretty sure there’s other places that it might affect.”

Olson said he hopes his project makes people more aware of what people with disabilities can accomplish.

“We’re all one community,” he said. “That we can do things like everybody else can do and … sometimes maybe a little bit better.”

The Arc of Freeborn County Executive Director Mary Goetz said she was impressed with Olson’s follow-through on the project, including his appearances on local radio and outreach to Lions, Kiwanis and Rotary clubs.

“With this project, Richard kind of had an overview of what he wanted to do, but he really dove in and made sure that he went out and followed up,” she said.

Goetz said Olson has become more outgoing, self-confident and eager to share his story and wisdom since beginning the project.

“This project was a large leadership role, and he’s taken it on and surpassed it with every flying color there is,” Goetz said.

Interesting fact: Olson is always willing to help people and described himself as a “go-getter”