Funeral services for Ralph Solland will be at 11 a.m. Wednesday at Our Savior’s Lutheran Church in Albert Lea. The Rev. Michael Lilienthal will officiate. Visitation will be from 4 to 7 p.m. Tuesday at Bonnerup Funeral Service and again one hour prior to the service at the church. Interment will be in Graceland Cemetery. Military honors will be accorded by the Albert Lea area veterans organizations. 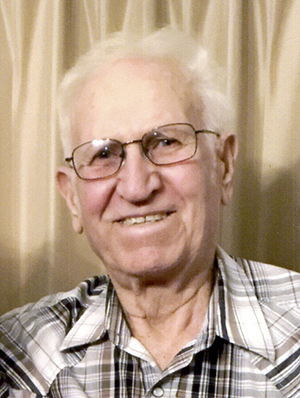 Ralph Gene Solland, 81, died on Saturday, Aug. 4, 2018, at Thorne Crest Senior Living Community. Ralph was born on Feb. 20, 1937, to parents Jens and May (Haugerud) Solland near Emmons. Ralph grew up in Emmons and attended school there as well. When he turned 18, he enlisted in the military and served in the U.S. Army from 1955 to 1957, while stationed in Germany.

On Dec. 31, 1960, Ralph married Patricia DeRaad in Mason City, Iowa. The two settled in the Albert Lea area to raise their children. They were members of Oakland Lutheran Church and then Our Savior’s Lutheran Church in Albert Lea. In his earlier years, Ralph farmed in Emmons and Oakland. He then went on to do construction work in his later years. He was a member of the Moose Lodge and the Eagles. In his free time, Ralph enjoyed playing cards and games, mostly pinochle and Yahtzee. He loved to go dancing and spent many hours a week out dancing with his special friend, Hilda Sellner. Ralph enjoyed traveling as well, including trips to Arizona and Wyoming.

He was preceded in death by his wife, Patricia Solland; parents Jens and May Solland; daughter-in-law, Carol Solland; siblings Marvin Solland, Donald Solland and Orin Solland; and many brothers-in-law and sisters-in-law.