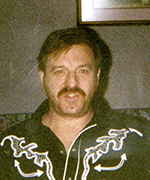 Richard “Dick” Hanson was born Oct. 31, 1952, at Naeve Hospital in Albert Lea to Theodore and Margaret Hanson. He attended school in Albert Lea and graduated from Albert Lea High School. For over 30 years he was employed at Streater in Albert Lea.

Richard was a member of the Moose Lodge and the Eagles club. His favorite hobbies included playing pool, watching Minnesota Vikings and Twins games and riding his motorcycle.

He was preceded in death by his parents and sister-in-law, Carol Hanson.

A celebration of life open house will take place from 1 to 4 p.m. Saturday at the Moose Lodge in Albert Lea.