Scott H. Johnson, 59, of Kennesaw, Georgia, passed away Saturday, Aug. 4, 2018.  Scott was born to Dale Johnson and Joan Kaphers on Aug. 24, 1958, in Wells.  It was there that he found his love for athletics — especially basketball. From there he went on to play college basketball at Luther College.  After his freshman year he transferred to Kansas State University, where he received a bachelor’s degree in business. Upon graduation he went to work for IBM as a sales representative.  Through IBM he was introduced to his wife of 34 years, Rebecca Beck Johnson. In 1985 they moved to Atlanta and began their family, welcoming Sarah, Christine and Kelsey into the world. 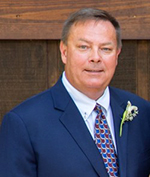 Scott spent 30-plus years in the Atlanta IT industry and became an avid Atlanta sports fan, cheering on the Braves, Falcons and the University of Georgia football team. He spent his free time golfing or watching golf as often as he could. He was an amazing husband of 34 years and a beloved father of three beautiful girls. He will be remembered as a wonderful leader, colleague and a loyal friend.

A memorial service will be at 1:30 p.m. Sunday in the worship center of Piedmont Baptist Church. The Rev. Marlon Longacre will officiate.

The family will receive guests for a reception following the memorial service in the conference center of Piedmont Baptist Church.  Online condolences may be expressed at www.mariettafuneralhome.org.