Starting the football season off with a bang 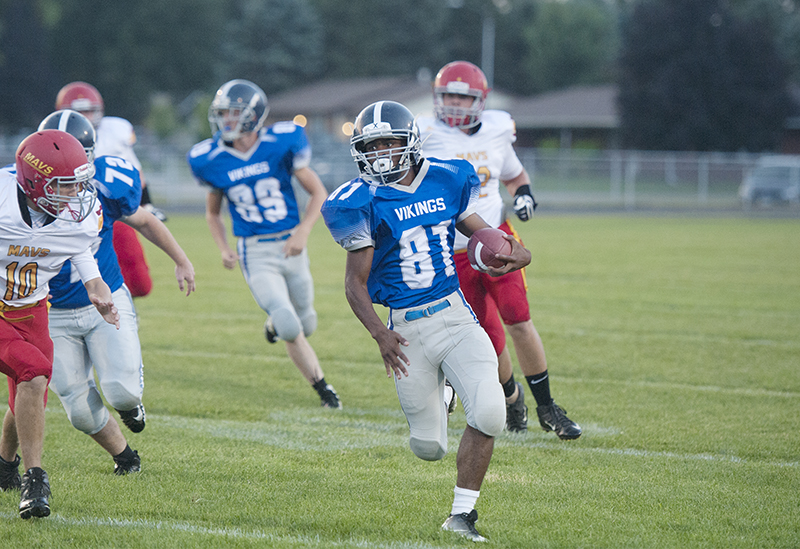 Northwood-Kensett senior Marquise Berry finds the outside corner for a big gain against Clay Central-Everly Friday night. As of halftime, the Vikings were leading the Mavericks 39-0. - Tyler Julson/Albert Lea Tribune

Right from the very first whistle, the Vikings dictated every aspect of the game, scoring on every offensive possession and allowing only a handful of first downs on defense. By the time the halftime horn sounded, the Vikings were leading the Mavericks 39-0.

After a quick three-and-out possession for the Mavericks to start play, the Vikings wasted no time in scoring their first touchdown of the game less than three minutes into action. 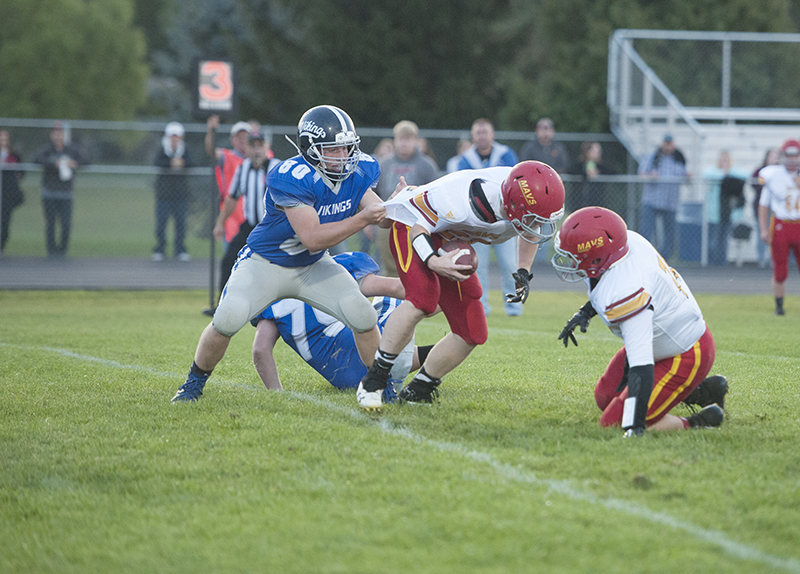 The score came off a 15-yard rush by senior running back Lane Anderson. After an unsuccessful PAT attempt, Northwood-Kensett would force another punt, returned deep into Clay Central-Everly territory by sophomore Carter Severson. Anderson would find the endzone once again just a few plays later, this time on a six-yard rush up the center.

Already up 13-0, the Vikings made a crucial fourth-down stop to give them the ball on the Mavericks side of the field. Again, the Vikings marched down the field and scored their third touchdown of the game. Junior Blake Hagen was the one who ran the ball in for a score on a short three-yard rush.

At the end of the first quarter, the Vikings had a 20-0 lead and showed no signs of letting up yet. 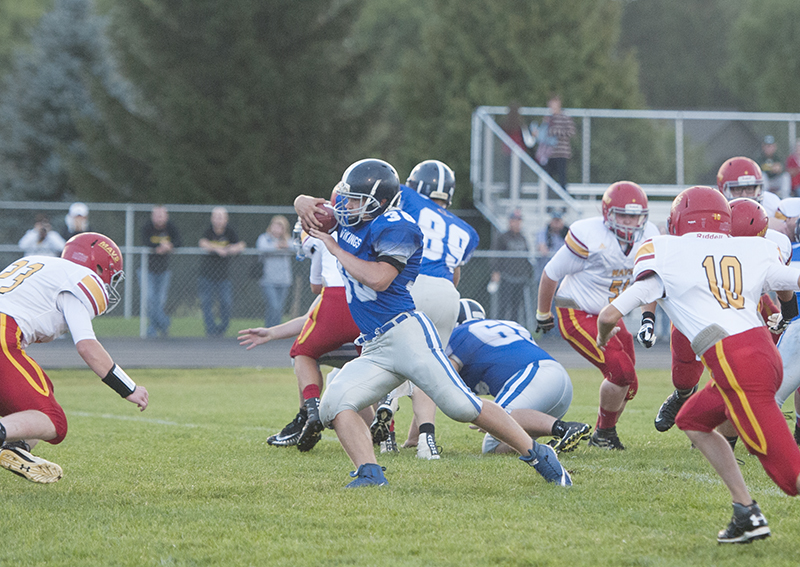 The Mavericks were forced to punt yet again to start the second quarter, then it was back to work for the Vikings offense. Hagen again found some running room, this time plowing over multiple MaverickS defenders on his way to a 16-yard score.

After giving up a couple first downs on the next drive, the Northwood-Kensett defense took the ball right back on an interception by junior defensive back Caden Schrage.

The Vikings would capitalize on the good field position, scoring a touchdown on an 18-yard rush by senior running back Samuel Kliment. Schrage would find the endzone himself a few minutes later, with a 13-yard run to put the Vikings up big just before halftime.

As of press time the Vikings were in control of the game, leading the Mavericks 39-0. Check back with Monday’s Tribune for final results and stats. 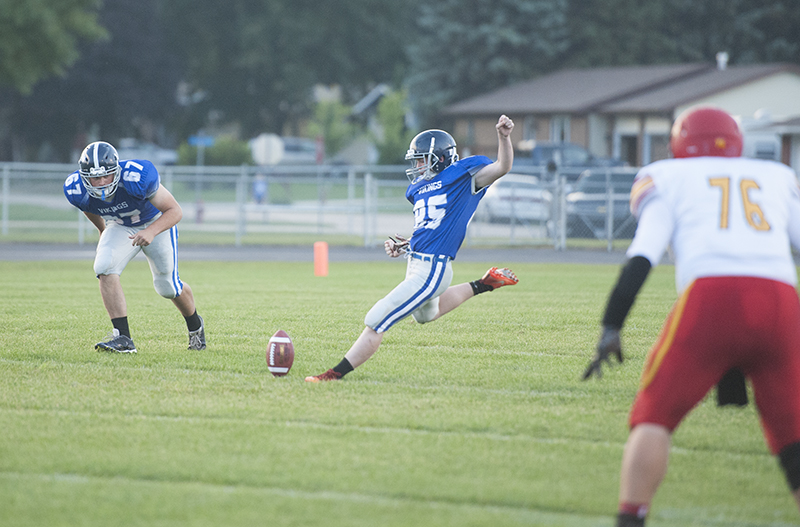 Northwood-Kensett freshman Logan Mayberry kicks off the ball to start the season Friday night. Mayberry was also 3-for-6 on PAT attempts through the first half. – Tyler Julson/Albert Lea Tribune