Taking on a new role 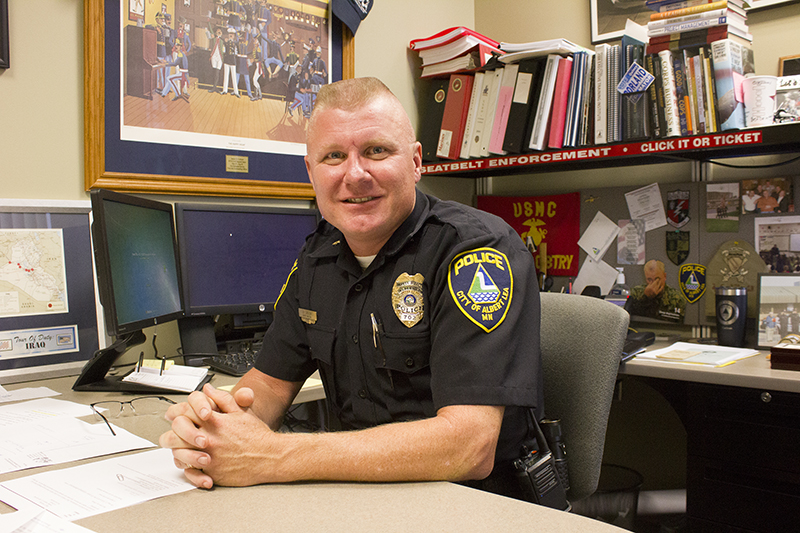 Carlson deployed to Okinawa, Japan, in 1989, and in 1991 he was deployed during the Gulf War to southwest Asia. He was later sent to Okinawa a second time before leaving active duty in June 1992.

Carlson said he was drawn to serve in the military thanks to his father, a Vietnam War-era Army veteran. He said the Marines seemed like a prestigious branch of the military, and he welcomed the challenge.

Carlson, who remained in the reserves until he retired from the military in 2012, was sent to Iraq from 2005-06 during the Iraq War as a battery first sergeant.

In 1992, Carlson began attending Minnesota State University-Mankato, where he graduated with Bachelor of Arts degrees in law enforcement and ethnic studies in 1996.

Carlson said similarities between law enforcement and the military attracted him to the profession.

He was an Albert Lea Police Department lieutenant from 2007 to 2013.

The city reorganized police and fire departments in 2012, resulting in former Albert Lea Police Chief Dwaine Winkels becoming public safety director, a position he held until he retired in March. The position sat empty until Carlson, who had been deputy director of police since January 2014, was appointed unanimously Monday night by the Albert Lea City Council.

Carlson said he was “extremely grateful” to be named director of public safety.

“A lot of people have reached out and shown their appreciation and support,” he said. “It’s humbling, and I’m honored to receive that. The expectations are high. I’ve got high expectations of myself and our staff.”

He said he plans to be receptive in his new role.

“I’m here to be a support item for both departments,” he said. “My door is always open. I mean, that’s a cliche, but I’m extremely reachable 24/7 to all our staff. I think my leadership approach is to put good people in their positions and let them do the work and provide them the opportunities so they can do the work.”

Carlson and his wife, Mindy, have two children, Dylan and Drew.

Hanson said Carlson will succeed as director of public safety.

“Once he identifies an issue or a quality of life concern that needs to be accomplished, he puts a tremendous amount of effort into doing that,” he said.

“J.D. has vast amounts of knowledge and great staff to work with.”