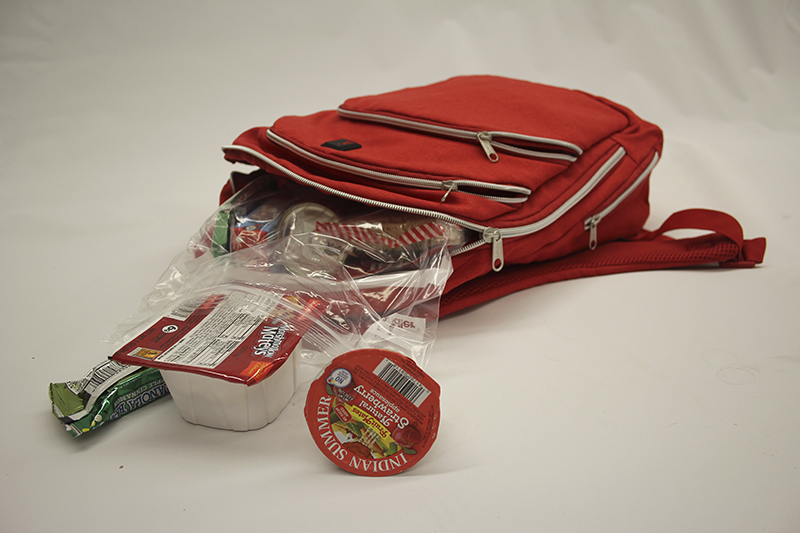 The backpack program spearheaded by Grace Lutheran Church has expanded by seven churches. Together, they reach all four elementary schools in Albert Lea as well as Southwest Middle School. - Sarah Kocher/Albert Lea Tribune

A food program filling backpacks at Hawthorne Elementary School is spreading across the district in time for the school year’s startup this fall.

Eight churches in Albert Lea and Hayward have teamed up for the Albert Lea Backpack Program, which uses meal kit company JA Food Service’s pre-packaged kits produced specifically for backpack programs. Grace Lutheran Church member and Living Every Day as Disciples participant Corrine Tims said each kit is intended to supply a breakfast, lunch and snack for both Saturday and Sunday.

“This takes the pressure off so that family funds can be spread a little further to feed the families in other ways,” she said.

The backpack program started as a one-on-one partnership between Grace Lutheran Church — specifically, through LEAD — and Hawthorne Elementary School through conversations with a Hawthorne school social worker. The church was already working with Hawthorne and provided boots and coats during the winter.

“We already had that bridge made so that was why it was an easy connection,” Tims said. The social worker talked about having children in her office who were hungry on Mondays.

Now, as the partnership brings seven more churches and four more schools on board, Tims estimated the size of the program will grow by approximately six times its original size. However, the numbers are just that — estimates, Tims said.

The menu has also expanded. Last year, Tims said they had a two-week cycle of food packs. This year, it’s a four-week cycle.

“There was just immediately a lot of enthusiasm,” Tims said of other churches. 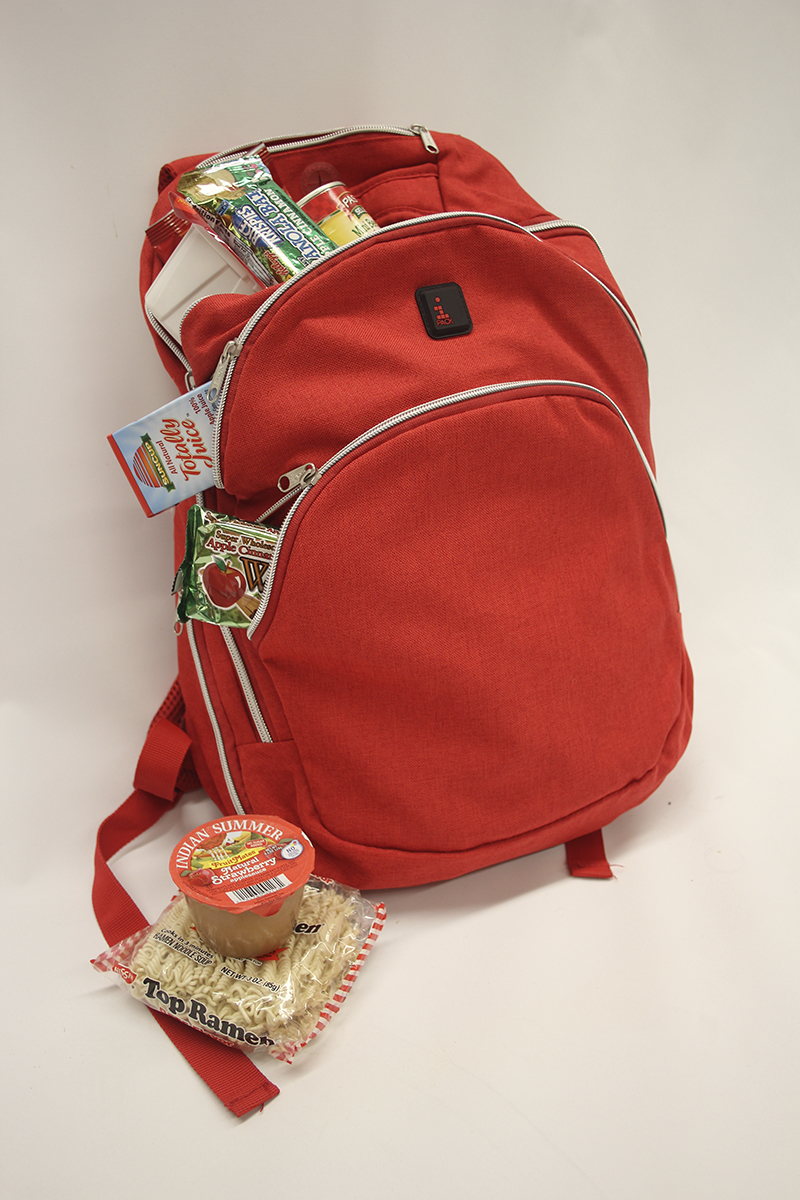 The backpack program spearheaded by Grace Lutheran Church has expanded by seven churches. Together, they reach all four elementary schools in Albert Lea as well as Southwest Middle School. – Sarah Kocher/Albert Lea Tribune

There are no criteria for students to be a part of: only signed parent permission. If a family with siblings in the participating schools sign up, each sibling gets a food pack.

Tims said the initial order for fall has been submitted, and distribution will start the first week of school.

Ascension Lutheran Church council member Phil Kohl said the churches put in their order as a group to lower costs, and the orders will be delivered together to First Lutheran Church and then divvied up to separate churches for storage and weekly distribution to schools. Food packets are placed discreetly in students’ backpacks or lockers by a school staff member before the weekend.

Ascension chose to partner with Sibley Elementary School because of its close location.

“We realize how insecure kids are, food-wise, and I mean, it was as soon as we saw it, as soon as the council saw it, we realized it was a great project for us,” Kohl said of the backpack program. “It was an easy decision.”

According to the Minnesota Department of Education, half of students enrolled in Albert Lea Area Schools are free/reduced price lunch recipients. The statewide average is 37 percent.

Ascension Lutheran Church is trying to raise $4,800 to fund their portion of the program by the end of September. Kohl said the church started about two weeks ago and is a quarter of the way there.

Tims said support from Grace Lutheran members for the start of the program was strong.

“The generosity of our church last year was amazing,” she said. “… I just really hope and pray that the other churches see the same kind of generosity that we’ve seen.”

Additionally, the Albert Lea Backpack Program has reached out for grants. So far, it has received a Thrivent Grant as well as donations from Mrs. Gerry’s, TTT, the Masons and the Union Center, Tims said.

She said there are ongoing conversations on how the program can expand further. But for now, there are still a few things to figure out. One of those is food allergies: Tims said the group hasn’t dealt with any so far. Additionally, there’s the trick of handling a two-week Christmas break. This year, Grace Lutheran Church handled that by sending home one packet on Thursday and one on Friday.

The program is part of LEAD’s mission to step outside of the church doors and listen to voices in the community, Tims said.

Kohl said working with other churches was an appealing part of the program.

“I think that’s sort of, hopefully, what churches do,” he said. “So often we’re in these separate silos, and it’s nice to work together.”