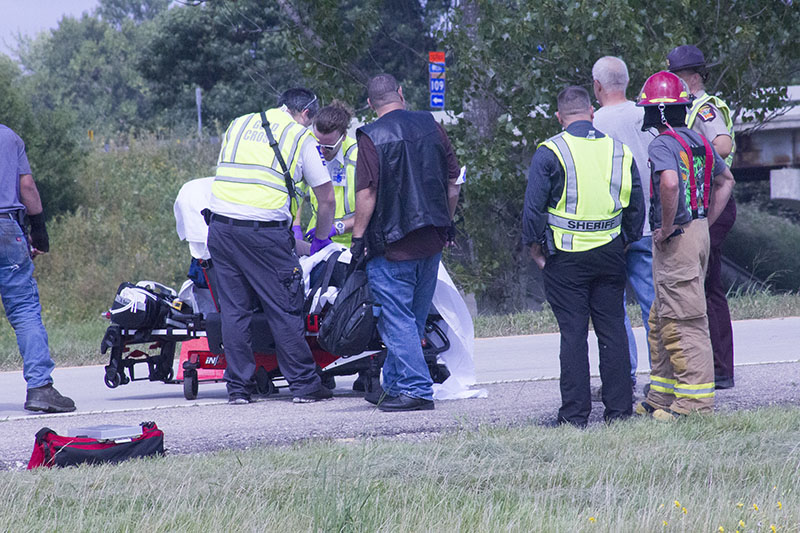 An injured occupant of the vehicle is placed on a stretcher Wednesday after the crash. — Sam Wilmes

ALDEN —Two Virginia residents were injured Wednesday in a motorcycle crash on the Interstate 90 ramp into Alden.

Jimmy W. Spelts, 48, and Darlene Hall Spelts, 58, both of Portsmouth, Virginia, were taken to Mayo Clinic Health System in Albert Lea by Gold Cross Ambulance with injuries deemed not life-threatening.

Jimmy Spelts was driving a 2009 Honda motorcycle east on the I-90 ramp to Minnesota Highway 109 when the rear tire blew, causing the motorcycle to tip on its side at about 3:10 p.m., according to the Minnesota State Patrol.

Both occupants of the motorcycle were wearing their helmets, the report states.