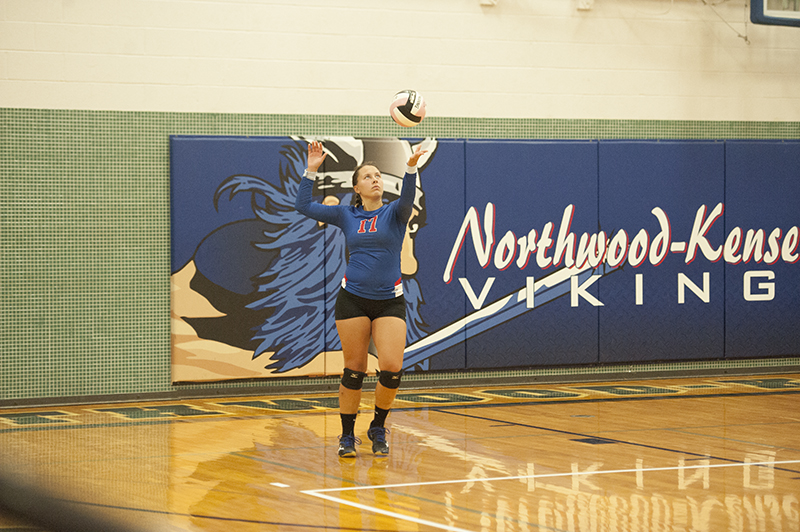 Northwood-Kensett senior Laura Hopperstad serves the ball late in the third set Tuesday night. She recorded the final five points in the set with none of her serves being successfully returned. - Tyler Julson/Albert Lea Tirbune

NORTHWOOD — The Northwood-Kensett volleyball team hosted Nashua-Plainfield Tuesday night in hopes of getting back on the winning path after dropping a game Thursday.

Despite losing the first set by 10 points, the Vikings battled back to defeat the Huskies in a five-set thriller.

The first set was close early on until around the 10-point mark, when the Huskies started to pull away. The Vikings made a few unforced errors that were capitalized on by the Huskies, as they pulled away to an easy first set win, 25-15.

It seemed like it would be a slow night for Northwood-Kensett, as the team fell into an early deficit in the second set. However, after battling back and moving to within striking distance, the Vikings made a move and took the lead for themselves late in the set. With the crowd behind them, the Vikings used a 5-1 run to win the set 25-21 and even the match at 1-1. 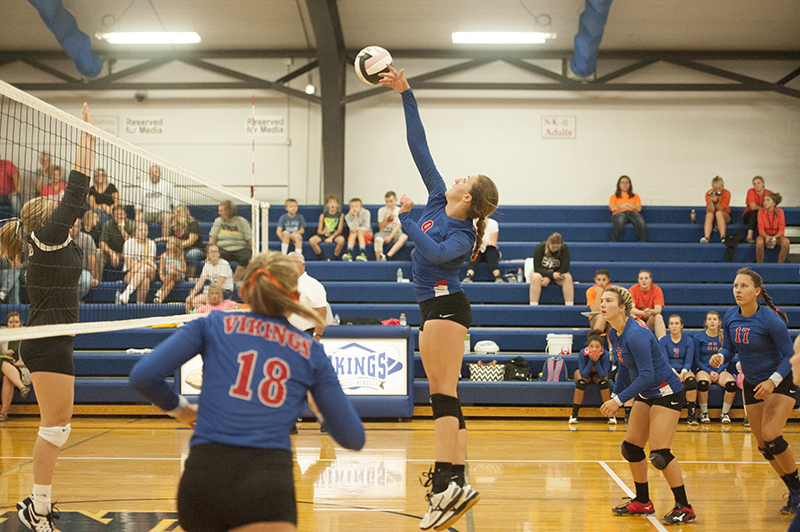 Northwood-Kensett junior Natalie Cordle goes up for one of her 13 kills Tuesday night against Nashua-Plainfield. – Tyler Julson/Albert Lea Tribune

The third set was all Northwood-Kensett. Nashua-Plainfield took a timeout with the score at 12-6, but it wouldn’t be enough to stop the wave of momentum from Northwood-Kensett. Senior Laura Hopperstad ended the set by going on a 5-0 run herself with none of her serves being successfully returned.

The fourth set went more in favor of the Huskies, as they climbed out to an early advantage yet again. The Vikings did rally to come within a couple points of the lead late, but it wouldn’t be enough to end the match, losing 25-19.

In the fifth and final set, the Vikings fell behind early once again, but this time it wouldn’t stick. After falling behind 3-1, the Vikings used a momentous rally to take a 9-5 lead when the Huskies took a timeout. Again, the timeout failed to stop the Vikings in any way, as they cruised to a 15-10 victory.

The Vikings climb to 2-1 on the season and will play again Thursday when they travel to West Fork to take on the Warhawks. 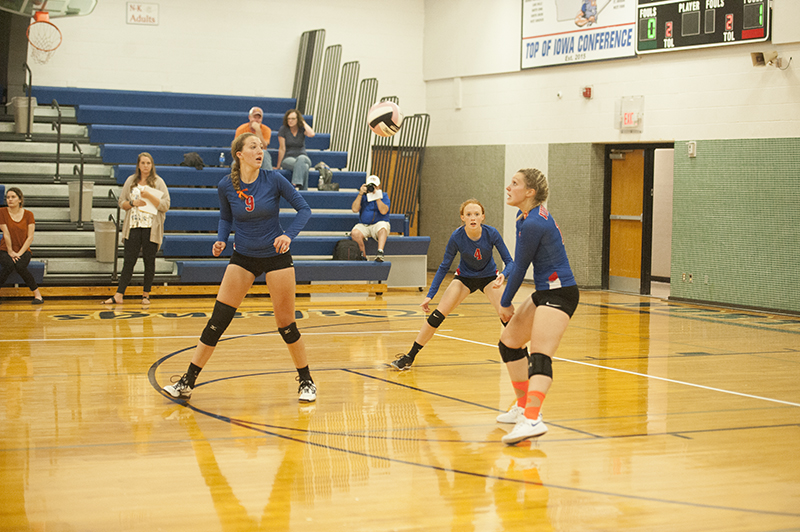 Northwood-Kensett junior Clara Davidson returns a serve in the second set against Nashua-Plainfield Tuesday night. The Vikings would beat the Huskies in a match that went all five sets. – Tyler Julson/Albert Lea Tribune