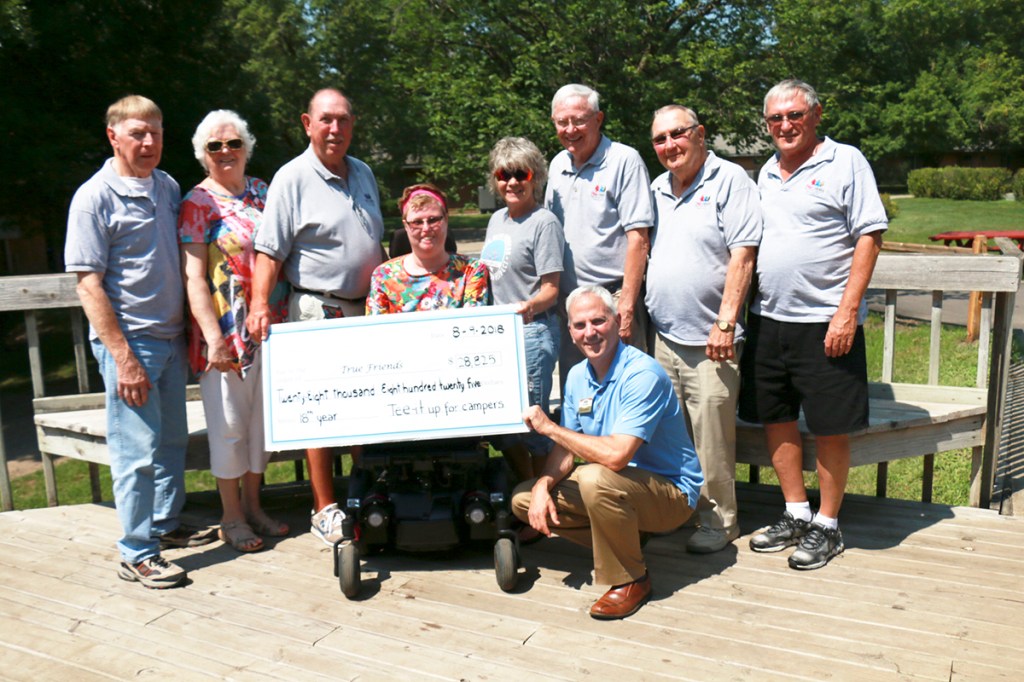 Tee It Up for Campers, along with camper Kari Nesje, present a donation to True Friends President and CEO John LeBlanc. Provided

The Tee It Up for Campers committee of volunteers set another record in fundraising for the nonprofit True Friends. According to a press release, this year the group has donated a personal best of $28,825 and surpassed the milestone of raising over $250,000 cumulatively for campers with disabilities.

Many of the members of Tee It Up for Campers were part of the Freeborn FFA chapter and participated in the FFA Corn Drive.

The drives consist of farmers donating corn to their local FFA chapter, who then sell the corn and donate the proceeds to Camp Courage. 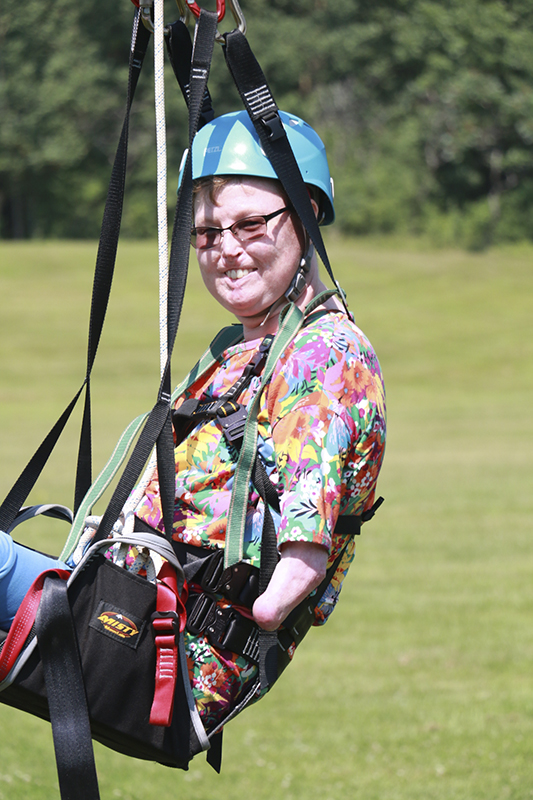 Kari Nesje zips down the zipline at Camp Courage. Provided

Once the Freeborn school closed, the group of friends still wanted to financially support Camp Courage. In 2000, they decided to host their first golf tournament and raised $2,970 for camping equipment. As the annual event grew, the group added a wine-tasting event for individuals who may not be interested in golfing. This year marked the 18th annual Tee It Up for Campers golf tournament and the eighth annual Tasting for True Friends wine tasting.

Throughout the years, the group has helped pay for boating equipment, cabin remodeling and most recently financial assistance for campers.

An Alden woman, Kari Nesje, benefited from the Tee It Up for Campers fundraising. She recently attended the Adult Retreat Camp Session at Camp Courage and had a blast zip lining, swinging on the giant swing and horseback riding, the release stated.

Within the last year, Nesje experienced a rare virus that caused her to lose both her arms and legs past the elbows and knees. Nesje has an incredibly positive attitude and was very much looking forward to attending Camp Courage, the release stated.

“Camp is a great place to come,” Nesje said. “It doesn’t matter if you happen to have a physical or developmental disability. The activities are made for everyone.”

President and CEO John LeBlanc attended the Tee It Up for Campers golf tournament in July and had a wonderful time seeing how supportive the community is to the True Friends organization.