Across the Pastor’s Desk: Ready, set, rally at your church

Across the Pastor’s Desk by Don Malinsky 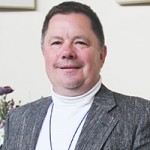 Recently I attended the funeral of a college roommate’s younger brother.

If you happened to be a Minnesota Vikings football follower, that roommate had a famous last name. That last name was Grant. Mike Grant, my St. John’s University roommate, was the second son of the legendary Minnesota Vikings head coach Bud Grant, who has established himself as quite a football coach in his own right. Coach Mike Grant led his Eden Prairie High School Eagles to 12 state championships in the last 22 years. Not a bad run. Likewise, his dad’s record with the Vikings earned him Pro Football Hall of Fame honors in 1994.

On this day, though, those winning records and championships took a backseat to what truly was important in their lives: earthly life itself. Bruce Grant, third son of Bud and Pat, was diagnosed with brain cancer on May 30, 2017,  the same type that has now taken the life of Sen. John McCain. It took Bruce’s earthly life on July 24, 2018 at the young age of 57.

On July 31,  family and friends celebrated that life with stories and anecdotes from both the gridiron and the family room. That service also provided a faith/life lesson from Matthew 11.

“Jesus said, ‘Come to me, all you who are weary and burdened and I will give you rest. Take my yoke upon you and learn from me for I am gentle and humble in heart, and you will find rest for your souls. For my yoke is easy and my burden is light.’”

The Rev. Rod Anderson presided and communicated that passage that especially spoke to Bruce toward the end of his earthly life, for he was tired and heavily laden, and he knew his savior would give him rest, peace and wholeness. It was that knowledge that enabled Bruce to be “ready.” Ready: the word that can strike fear — or courage, trust and faith. In this case, it was nothing but courage, trust and faith. That was beautifully illustrated by Rev. Anderson’s message that included congregational participation. He told those gathered, “What do football players do before they execute a play? They huddle, uniting as one, then one calls the play, then they holler, ‘Ready, set,’ and they clap in unison.”

Rev. Rod led that congregation in doing just that, not once, not twice, but three times, teaching us that Bruce, the earthly quarterback, was now accepting the heavenly call that could not fail. Why?  Because Bruce was ready. He knew “the coach” that loves us so much that he sent his only son, so that everyone who believes in him may have eternal life.

Make it a priority to get to know this coach. Are you ready for anything?

This Sunday is the opening of the NFL season, but more importantly, for many area churches it is also “rally Sunday,” a term used for the kickoff of the church season. Clergy and laypeople together have laid a gameplan for life with a coach that will never give up on his players. Are you willing to join the team?

Ready, set and rally for Christ.

And on Sept. 15, you have another opportunity to get to know and serve the Lord by participating in the family event, (it’s more than just golfing) Golfing for the Gospel. The event, supported by all area churches, is happening at the Wedgewood Cove golf course. All the proceeds go to our Youth for Christ’s The Rock, our local Salvation Army and the Arc of Freeborn County. Contact Wedgewood Cove for more details.

Don Malinsky is the chaplain at St. John’s Lutheran Communities at Luther Place and Fountain Lake.

Ex-Minneapolis cop to be resentenced in death of 911 caller