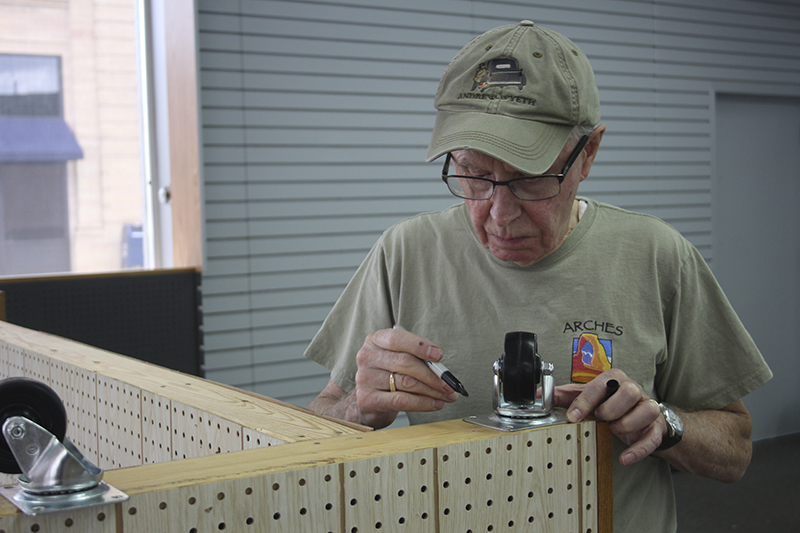 Armed with paint brushes and rollers, Albert Lea Art Center members are preparing to welcome the public into their new space.

The Art Center will host an open house from 6 to 9 p.m. Friday at what was once Tiger City Sports but is now becoming home for the art organization.

“We wanted to present it to the public as soon as we could,” member and open house organizer Beth Tostenson said.

The Art Center closed on the building at 101 S. Broadway Ave. on Sept. 4. Although they won’t be completely done repurposing the space by the open house — member and open house organizer Darlyne Paulson said the process has taken longer than expected, especially to paint the slatted walls a soft dove-gray — it will be ready for the fundraiser. Now, volunteers are busy with trays of gray-blue paint, preparing pegboards for their future as display mounts.

“It’s going to take us all the rest of the month to put it together,” Tostenson said. Paulson noted Tiger City Sports owner Gary Hillman was accommodating during the building transition. 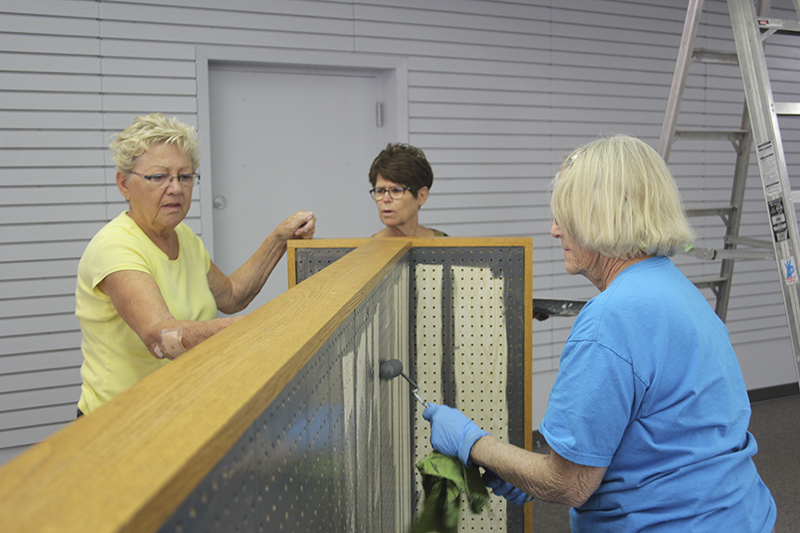 The opening is a chance for the Albert Lea Art Center to show off its new facility, Tostenson said, which includes exhibit space and a conference room where the group also hopes to host classes for the public. Inside the conference room is also the permanent exhibit space.

Additionally, the open house will include an all-member show with at least 60 pieces, music by Easy Heart, food prepared by chef John Lowery and Conger Inn Victory Catering, liquor and wine provided by the 112 on Broadway and a silent auction.

Following its opening, the art center will also feature expanded hours starting on Oct. 1 so its open hours mirror those of local merchants on Broadway.

“We’re excited to be where we are: in the hub of Albert Lea,” Tostenson said.

Tickets, available at the door or ahead of time at Addie’s Floral or the Convention and Visitors Bureau, are $20 per person.

How much: $20 per person. Tickets are available at Addie’s Floral and the Convention and Visitors Bureau or at the door the day of.