Albert Lea man injured after getting trapped under tractor 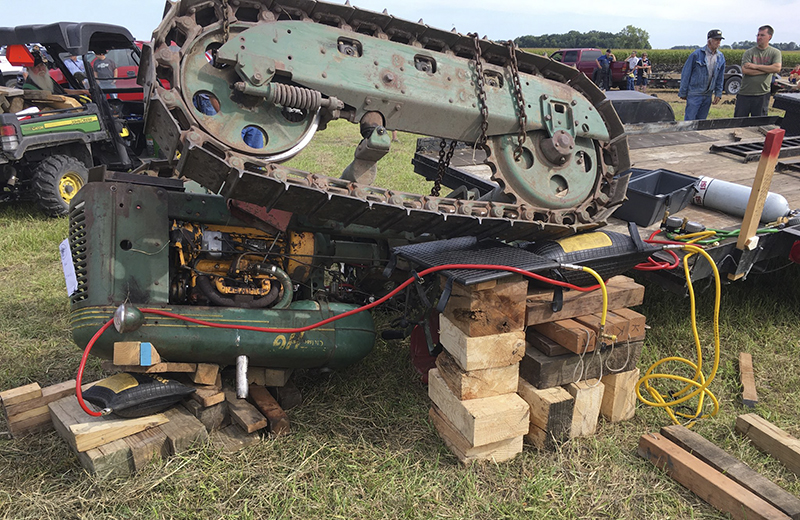 A tractor fell over on an Albert Lea man Sunday afternoon at Farming of Yesteryear in Kiester. - Photo Courtesy Faribault County Sheriff’s Office

KIESTER  — An Albert Lea man was injured Sunday afternoon after becoming trapped underneath a tractor.

Steven Henderson, 64, of Albert Lea was airlifted by North Memorial air crews to Rochester. His condition was unknown as of Monday afternoon.

The Faribault County Sheriff’s Office was dispatched at 2:51 p.m. Sunday to the Farming of Yesteryear threshing festival, 1736 600th Ave. in Kiester.

According to the Sheriff’s Office, the 1948 Oliver tractor was upside down on Henderson, who was still trapped.

Henderson was allegedly trying to load the tractor onto a trailer when it overturned and pinned him to the ground.

Kiester and Walters fire crews extracted Henderson from beneath the tractor, according to the Sheriff’s Office. Those first responders and Gold Cross Ambulance tended to Henderson until he was flown from the scene.