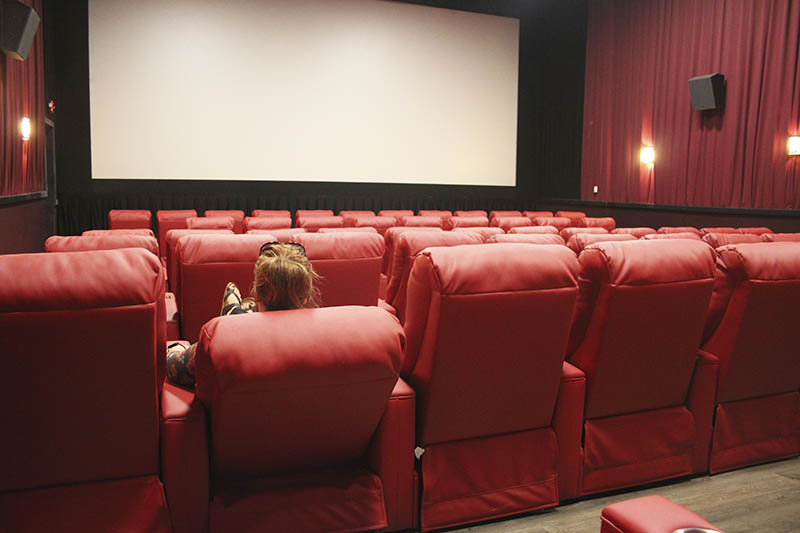 Changes at CEC Mall Cinema 7 Theater include reclining chairs. Three auditoriums are up and running, while three are underway and one on which work has yet to be started. CEC operations manager Greg Carter anticipates the theater will be completely done in October. Sarah Kocher/Albert Lea Tribune

When you go to your next movie in one of the auditoriums at Albert Lea’s CEC Mall Cinema 7 Theater, you may be seeing red — or at least red chairs.

Three of the seven auditoriums at the theater had their previous chairs replaced with red, leathery, recliner-style seating.

“We’re hoping to bring in business, people that might not have gone to a movie for a while” because they prefer the comfort of their own home, CEC operations manager Greg Carter said.

Three auditoriums are already on their way to similar seating, and the final auditorium will be done after that.

“We’ve done this in a lot of locations, and it’s kind of a, it’s the new thing in the business is people are converting to this style of seating,” Carter said. 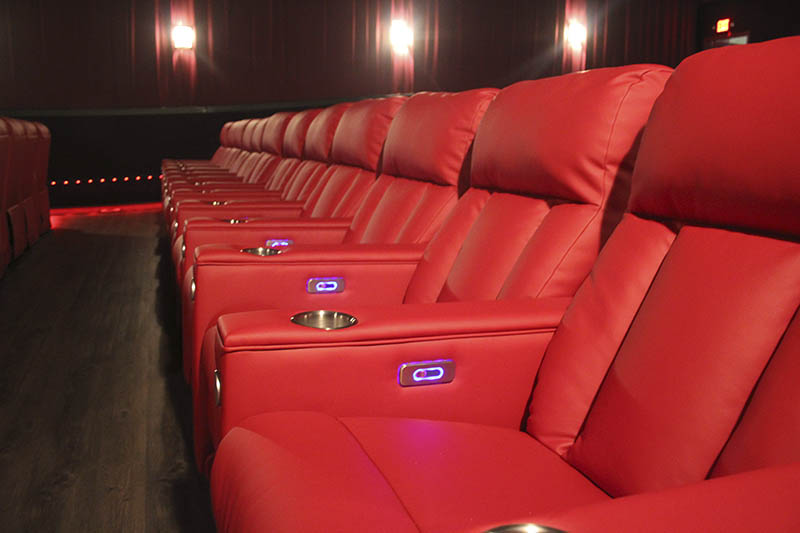 CEC operations manager Greg Carter said the changes will put the Albert Lea theater in line with CEC theaters in Mason City and Owatonna. “We’re hoping to bring in business, people that might not have gone to a movie for a while,” Carter said. Sarah Kocher/Albert Lea Tribune

The theater is also upgrading sound systems in several of the auditoriums — though not all, Carter said, as some were acceptable as-is — to Dolby 7.1 sound.

Additionally, four of the seven screens will be replaced for a bigger screen with a higher grain that Carter said will provide movie-goers with a better picture.

Halvorsen said community responses to the changes have been good. It’s what people want.

“They’re just super excited,” she said. “I mean, we’ve even had people call and ask to make sure, like, ‘Is the rumor true?’” Halvorsen said.

Because of this, the theater implemented reserved seating for the renovated theaters. Customers can pick their seats ahead of time in one of three ways: by reserving tickets online, coming to the theater box office and purchasing tickets ahead of time or by using the new ticket kiosk outside the box office. While booking online includes a convenience fee, Carter said the kiosk does not. It is also available for use outside of theater hours. 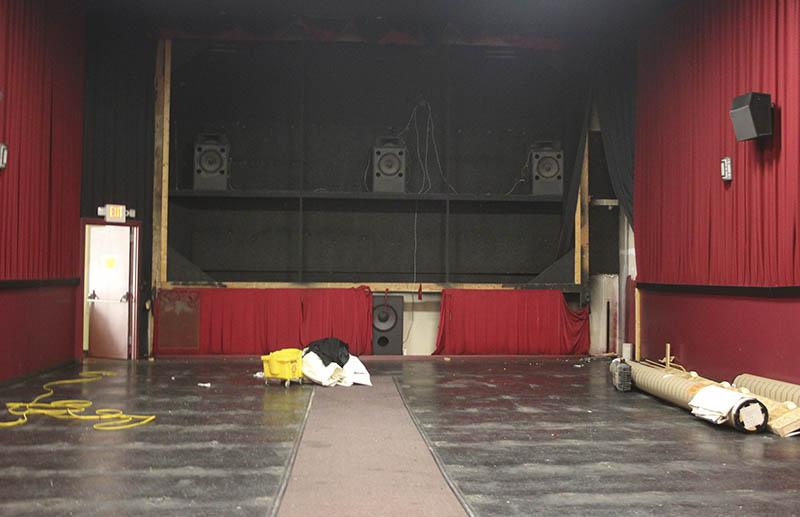 “You know for sure, you go out to dinner on Friday night and you know you have your seats for a seven o’clock show,” Carter said.

Halvorsen said she expects a good chunk of ticket sales to come from the kiosk, especially with the hours it is able to offer. Carter encouraged customers to think ahead for $5 Tuesdays and opening movie nights.

After the first $5 Tuesday this week since the newly seated auditoriums opened, Halvorsen said she expects that weeknight deal to start selling her theater out.

“We will definitely anticipate getting full houses,” she said.

Nonetheless, he said the theater expects business to be good after the changes.

“Business actually, it does very well because more people want to go to the movies when they can be comfortable,” he said.

In addition to new seating, sound and screens, redone auditoriums have new carpeting and flooring underneath the chairs.

But for at least a little while longer, more later means less now in one respect. Because some auditoriums are under construction, the theater is able to show four movies rather than seven.

However, Halvorsen said people who call and hear the reason why finish the phone call excited for the changes.

Carter estimated the project will finish in the first part of October, bringing it up to speed with CEC theaters in Mason City and Owatonna. People do travel for luxury, Halvorsen said. Now, they can stay right here.

“We didn’t want Albert Lea sandwiched in the middle and have the older-style seating, and so we decided to upgrade Albert Lea, too, so we didn’t have people having to travel to Mason City and Owatonna to get that experience,” Carter said.