Albert Lea’s Distinguished Alumni will be honored this week

The Education Foundation of Albert Lea and Albert Lea Area Schools announced its recipients of the 2018 Distinguished Alumni Award, according to a press release. The foundation will be “Celebrating 18 years of Success in 2018” with all who attend this year’s banquet.

Recipients of this year’s awards will be recognized at the Education Foundation’s Pathways to Success Celebration Thursday at Wedgewood Cove in Albert Lea.

This year, the public forum will be devoted to honoring these teachers. There will be a panel discussing what makes an exceptional teacher. It will be from 4:30 to 5:45 p.m. at Wedgewood Cove. No reservation is needed to attend the forum.

The banquet evening will begin with a social gathering with a cash bar at 6 p.m., followed by dinner and program at 6:30 p.m.

Reservations may be made by going to the foundation website at www.aledfoundation.org, filling out the response form and mailing it and a check for $40 per adult or $11 per child age 12 and younger to the Education Foundation of Albert Lea, P.O. Box 828, Albert Lea, MN 56007.

John R. Berthelsen was born and grew up in Albert Lea. He became involved in the printing industry during his junior year in high school. He worked for a local in-plant printing department and started his own printing company. He also produced all of the printing for the school district during his last two years of high school. 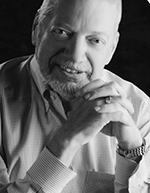 As a senior, Berthelsen participated in the Vocational Industrial Clubs of America, and was the 1972 national first-place winner in its U.S. Skills Olympics.

After graduating from high school, Berthelsen worked at various small printing companies in Albert Lea and Red Wing, and Sioux Falls, South Dakota. During that time he worked in all phases of the printing process, including typesetting, camera, film assembly, small presswork and bindery. He eventually concentrated on pre-press and became a journeyman stripper.

In 1979 Berthelsen became the general manager of Suttle Press, located just outside of Madison, Wisconsin. In 1971 he was named president of the company, and in 1985 became part owner of the company. In 2001, Straus Printing Co. of Madison merged with Suttle Press and was renamed Suttle-Straus Inc. In 2007 Accurate Response of Middleton was also acquired and merged into the organization.

During his 35-year tenure leading the company, its annual revenues grew from $397,000 to $37,000,000. At the end of 2014 John retired from active responsibilities with the company. Suttle-Straus has been recognized from 2000-18 as one of the Printing Industries of America’s Best Workplace companies, signifying superior employee relations.

In addition to running his company, Berthelsen was very active in many different printing organizations throughout the country, and throughout his career has received numerous awards. In 1998 he received recognition by his peers as one of the youngest inductees into the Printing Industry Hall of Fame. This honor recognized his achievements in building his company and his service to the industry and its organizations. In 2007, Edgewood College in Madison gave Berthelsen the President’s Award for Ethical Leadership, honoring his lifelong commitment to community, education, economic development and his leadership. In 2012, Berthelsen received the Lewis Lifetime Achievement Award, which honors a business leader who has “gone far beyond standard obligations to become a significant force in shaping the business of producing printed communications.”

Following his retirement, he took a position working part time as vice president of development for the Print and Graphic Scholarship Foundation. In 2016 he also published a book “The Suttle-Straus Story,” which details the 100-plus-year history of the organization, including his role in taking it to its current level in the industry.

Berthelsen and his wife, Chris, make their home in Las Vegas with occasional trips back to Wisconsin. Combined, they have seven adult children and 16 grandchildren.

Lowell W. Barr was born in 1933 in Omaha, Nebraska, while his father was in medical school. The Barr family relocated to Albert Lea so his father could work for the Albert Lea community. Barr and his two younger sisters grew up on Lakeview Boulevard and attended Abbott Elementary School and Albert Lea Junior and Senior High schools. In high school he was active in the National Honor Society, choir, band and theater. 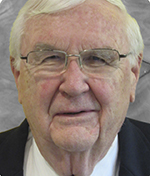 When asked why he chose to pursue a career in medicine with a specialization in pediatrics, Barr said he always enjoyed hearing his father’s stories about patients.

In 1951 Lowell graduated from Albert Lea High School and continued his education at the University of Minnesota until 1958, when he received a degree of Doctor of Medicine. He married Joanne Roehr from Washington, D.C., who was a graduate student in child development and psychology. After marriage they moved to Chicago, where Barr was an intern and resident in pediatrics at Children’s Memorial Hospital, where his father worked years earlier. When his father was at Children’s Memorial, there was no certification in pediatrics, but by Barr’s time there he was able to become certified in pediatric medicine.

Following his internship and residency, Barr moved back to Minnesota to work at Mayo Clinic in a pediatric fellowship before joining his father in medical practice in Albert Lea. He had the good fortune to practice with his father, Dr. Lowell C. Barr, for 15 years. They also enjoyed being long-time Rotarians, along with Barr’s wife, Joanne.

Barr has mentored students who eventually became pediatricians. He was in charge of medical education for Albert Lea Hospital and served on the State Medical Education Committee. He was the chief of the medical staff when the current Naeve Hospital was built. In the 1980s he was chairman of the Minnesota Academy of Pediatrics and co-authored a health plan that led to legislation for Minnesota’s children. In 2004 Barr received an award for Distinguished Service from the Academy of Pediatrics. Mayo Clinic also presented him with a certificate of appreciation for care of children in 2004, showing its deep appreciation for all of the work he had done for the community.

In the 1990s Barr was awarded with a Bush Foundation Fellowship to receive training in family therapy and behavioral pediatrics. He worked at Freeborn County Mental Health Center from 2000 to 2016, providing therapy for children and adolescents. Several times he served on medical missions in Arizona, New Mexico, India and Nepal. Barr has served many people, not only in Albert Lea, but throughout the world.

Barr and Joanne were married 60 years as of June 22, 2018. They have five adult children and 11 grandchildren. Barr retired in 2017 after 55 years of providing pediatric care to the Albert Lea area.

Barr and Joanne live at Thorne Crest Senior Living Community and now appreciate the complexities of health care for the elderly.

Steve Loken grew up on a farm near Hartland and attended elementary school in Hartland. He attended Albert Lea High School, maintaining an A- grade average while taking college-prep classes and being involved in track, gymnastics, football, debate and choir all four years. Even with all those activities, Loken was known at ALHS for his great enthusiasm and creative humor in his classes. 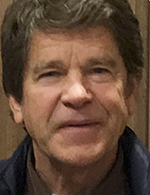 Growing up on a farm kept Loken close to nature and animals. Those attachments followed him throughout his academic and professional career. An ecology professor at Mankato inspired him further, and he completed his biology degree at the University of Montana. From there, Loken worked as a hydrologist for the U. S. Forest Service while also doing construction work.

It was at that time when Loken began to remodel homes that he developed a passion for conserving energy. This passion carried over in his work for Bonneville Power Administration in training 12,000 builders, architects and engineers in the Pacific Northwest. From there, Loken was also hired by the National Audubon Society to be director for green building to help develop 1,000 urban nature centers throughout the United States.

Loken founded Loken Builders in 1998 in Missoula, Montana, a company that specializes in green construction, and also founded The Center of Resource Efficient Technology, a nonprofit organization. Other construction companies use the organization as a guideline to create more green construction. Loken also consults with other businesses throughout the U.S., as well as in Finland, Japan, Canada, England, Australia and Estonia to inspire and teach the principles that are the core value of his organization.

In 1991, Loken was the keynote speaker in Seattle to 700 aspiring green builders, and in 1996 he and his green construction were featured in Parade magazine, which circulates to roughly 145 million people.

In his spare time, Loken has been an adjunct lecturer at the University of Montana’s Environmental Studies Graduate School and has also worked with the Mike Mansfield Asian Studies program. He later bicycled through Vietnam, Laos and Thailand to follow up with the participants.

Loken has received multiple awards, both nationally and internationally. The Energy Efficiency Champion Award, which is presented from the Montana Sierra Club, deserves special attention.

The director said, “No one in Missoula has done more to reduce greenhouse gas emissions over a lifetime than Mr. Loken. Due to his pioneering efforts, everyone knows what green building is.”

Florence Marie Hansen was born April 20, 1908, to Charles and Inger Hansen, who had emigrated from Denmark to Minnesota. She was the youngest of eight children. 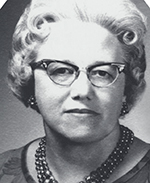 Her outstanding academic achievement, combined with the speaking and writing skills she honed by participating in debate and journalism, helped form a foundation that enabled her to lead a crusade to create a special education program that became a national model.

After graduating in 1926, she attended business school and worked at American Gas Co. for 13 years as a secretary to the advertising manager, sales manager and president.

She married Floyd Adair in 1938 and their first child, Dennis, was born in 1943 with Down syndrome. Doctors advised them that the best course of action would be to institutionalize him because he could never lead a normal life, but she believed she could love her child, give him a happy family life and help him achieve his potential.

When she was told there was no place for her son in the school system, she knew things had to change, and in 1950 she began her crusade.

She spoke at numerous groups throughout the community, wrote a series of articles for the Albert Lea Tribune and gave interviews on both radio and television. Adair became a representative to the First Convention of the National Association for Retarded Children; she organized a chapter in Albert Lea and, with the help of the local Kiwanis chapter, she helped obtain classes for the trainable retarded. At first the class met at the public library and was known as the Alpha Class. This was one of three such programs in the state bringing parents and administrators to learn how to establish such a program.

While all of this was going on, she and her husband also had a baby daughter who was nursed through two bouts of rheumatic fever. She and her husband both worked and arranged their schedules to care for both children. She never lost her concern for her son and other children with special needs.

By 1962 she had also pushed for a place for Dennis and his young adult friends to go after they finished school, which led to the establishment of the Daytime Activity Center. Once again, people came to Albert Lea to learn from what was happening to enrich the lives of young adults with special needs.

Adair died from complications from dementia on April 5, 1986, asking about her son to her last days.

She had a strong dedication to children with special needs and a passion for her community.