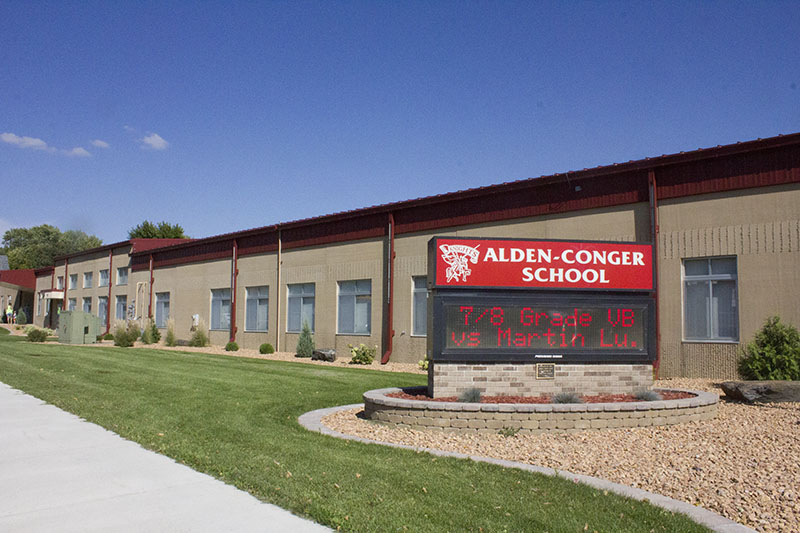 Alden-Conger Public School was briefly placed on lockdown Wednesday afternoon after an incident involving the parent of a student outside the school building on the west side of the property. - Sam Wilmes/Albert Lea Tribune

ALDEN — Alden-Conger Public School was placed on lockdown for approximately 30 to 45 minutes Wednesday afternoon after an incident involving the parent of a student outside the school building.

The Freeborn County Sheriff’s Office responded to a report of a man not on the school’s pickup list outside on the west side of the property trying to pick up his daughter, according to the Sheriff’s Office.

He allegedly expressed frustration over not having seen his daughter for a long time and said he was on the approved pickup list, which the school disputed.

Alden-Conger then took precautionary measures, called the Sheriff’s Office and entered into lockdown at about 1:30 p.m. During that time, students were not allowed to leave their classrooms.

The man left the property after deputies arrived, according to the Sheriff’s Office.

Alden-Conger Superintendent Brian Shanks said students were not in danger during the incident, adding the girl never left the school building.

No charges are expected from the incident.