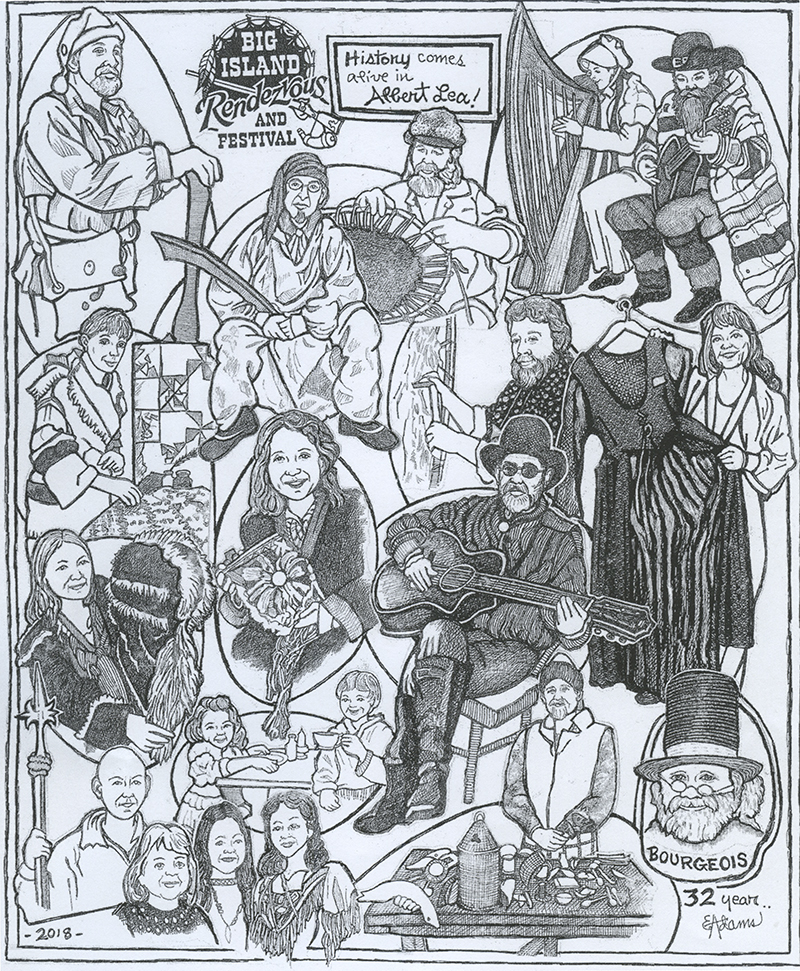 History comes alive with the 32nd year of the Big Island Rendezvous, according to a press release.

A commemorative print has been created by artist Eloise Adams.

Pictured upper right are Curtis and Loretta making music with a harp and guitar. Also on the print are deer hide preparers, a dressmaker, those who work with furs and printing on cloth, as well as weaving and working with feathers.

Pictured lower right is a soldier, children having a tea party, and a man with a collection of tools and objects that were once used.

The upper-left area shows a teacher and a scholar ready to make people aware of life at that time.

Pictured center is a man called Cowboy with his guitar and to his right is Perry Vining — the bourgeois of the Festival.

Once, people gathered and waited for the trading post wagons to arrive with much needed supplies. Because they might be waiting several days for the wagons, they camped, shared food and traded with each other. Stories were told and someone would bring a violin and there would be music and dancing.

The Big Island Rendezvous attempts to recreate this event and show how forefathers and foremothers lived.

The prints are numbered and signed by the artist. A limited number of prints are hand-printed. The prints are available at the Rendezvous and later at Adam’s Originals.

According to a press release, proceeds from print sales help fund the two student days at the event.