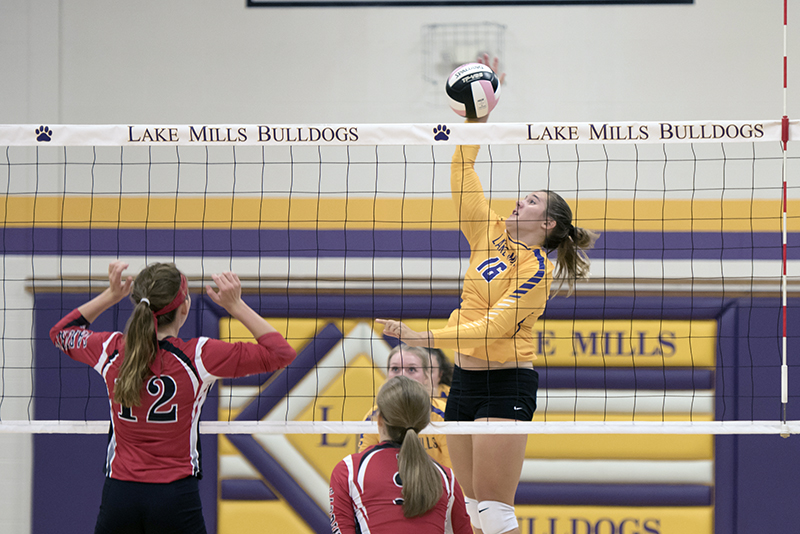 Lake Mills sophomore Kylie Greenfield rises up for one of her 17 kills Tuesday night against Garner-Hayfield-Ventura. The Bulldogs won the match in three sets. - Lory Groe/For the Albert Lea Tribune

“We came out strong and did a lot of nice things,” said head coach Jim Boehmer. “Jessa Gasteiger had an amazing night for us. Six kills, 34 assists and ten aces serves in 26 attempts without a miss. If she makes her serve, it will be difficult to deal with. Her number of aces and ace serves per set are some of the best numbers in Iowa.” 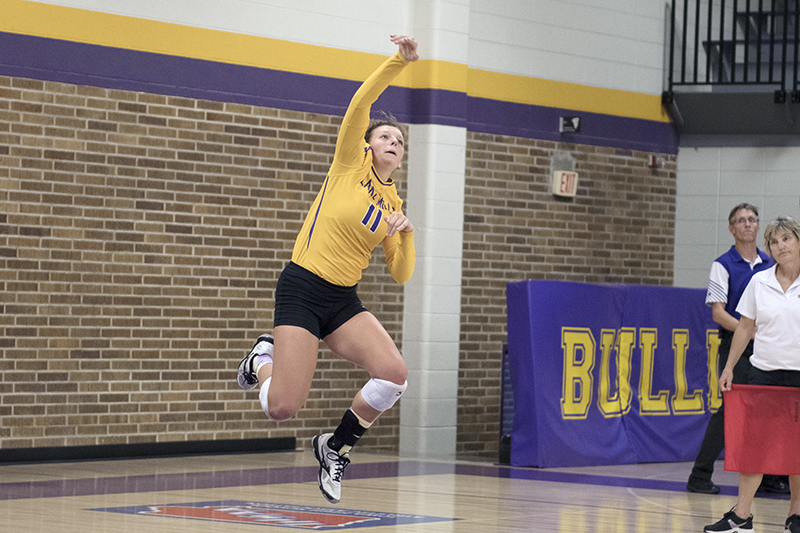 “I thought our front row did a nice job tonight,” Boehmer said. “We hit very well out of the front row. We were less consistent with our back row attacks tonight, however.  Usually we do a better job adjusting when swinging out of the back row. We will be okay, we just need to work on making little adjustments.”

The Bulldogs move to 13-3 on the season and 5-0 in the Top of Iowa Conference. They will be back on the court Saturday at a tournament in Forest City.