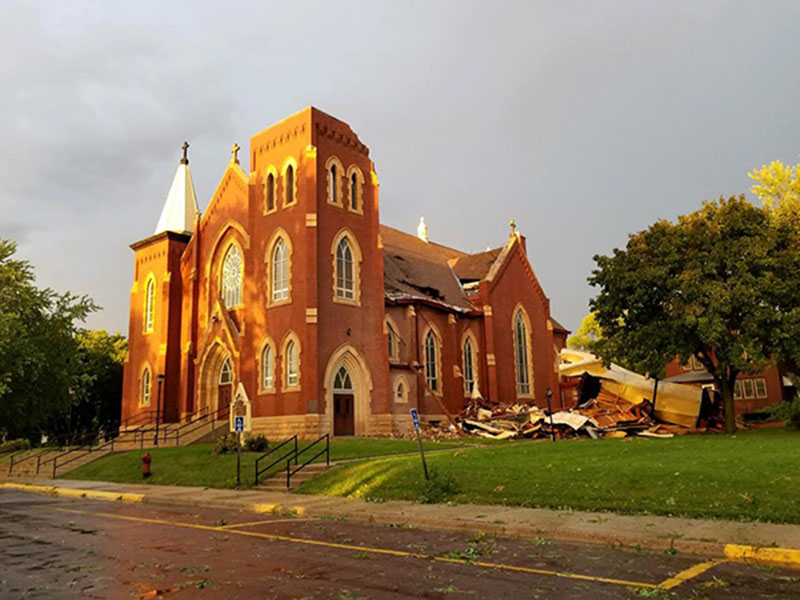 The city of Easton sustained severe damage Thursday evening after a storm with estimated wind speeds of at least 80 mph struck the region.

The steeple of Our Lady of Mt. Carmel Catholic Church fell on the church roof and side wall before collapsing to the ground, said Faribault County Sheriff Mike Gormley.

“It had to be a strong storm to take that steeple down,” he said.

Gormley said damage to the church was “probably the biggest tragedy here,” adding there were holes in the roof following the storm. 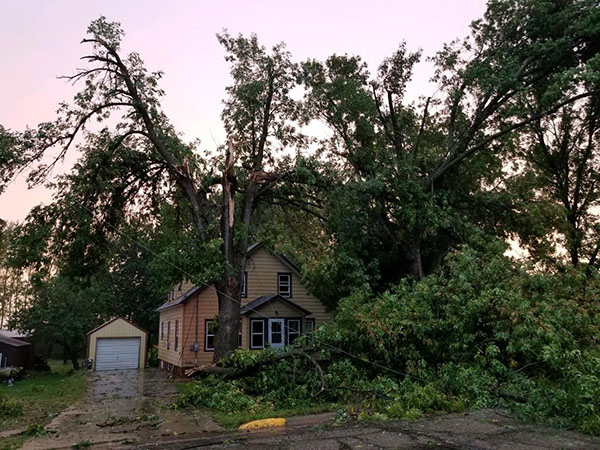 A section of Easton was evacuated at about 6:30 p.m. after a privately-owned elevator collapsed and ruptured the gas line to a tank on the northeast side of the city. Residents were allowed to return at about 9 p.m.

Gormley said houses in the city were damaged from trees, and sheds in the area of Easton were destroyed.

He was unaware of how many houses and sheds were damaged.

“We’ve got no indication from (National Weather Service) yet,” he said. “They’re out looking at things today.”

Gormley said some tree branches — and possibly a power line — collapsed in Wells due to the storm.