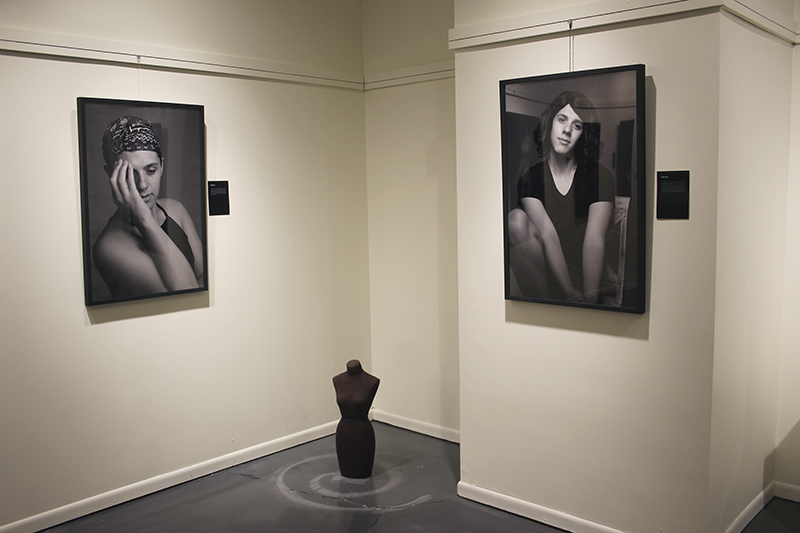 Kylee Wohlmann posed for 12 portraits over the series of 18 months. "Metamorphosis" documents her gender transition. A book with the same name includes all the photographs as well as journal entries from both Wohlmann and photographer Marla Klein. - Sarah Kocher/Albert Lea Tribune

When photographer and subject discussed a certain exhibition’s title over the course of several months, they were looking for a specific feeling: the thought that describes what it means to go through something, and to come out different.

“We wanted something that showed just a positive change, just like a butterfly shows — just a really beautiful change,” photographer Marla Klein said.

“Metamorphosis” captures 18 months of Kylee Wohlmann’s life in a series of 12 portraits taken between January 2017 and this July during Wohlmann’s gender transition into a woman. The show is debuting at the Freeborn County Arts Initiative, where it will have its opening reception Saturday.

Klein and Wohlmann have been close friends for several years, both women said. When Wohlmann came out to Klein as transgender two years ago, Klein said she wanted to start doing portraits of her.

“Marla herself is a concept photographer and is always curious about ways to portray people in unique ways, and so when I told her I was going to transition, she was naturally very inclined to talk to me about that and intrigued,” Wohlmann said.

It started as a pet project.

“I wanted to do something to document that, and I didn’t know what it would turn into,” Klein said.

Wohlmann had already modeled for Klein for several years and had a background of good experience with Klein as a photographer.

“When she gave me another opportunity to get in front of the camera, I jumped on it,” Wohlmann said.

Klein also emphasized the exhibit as the story of one woman’s transition.

And because it is Wohlmann’s story, Klein said the pair found a happy medium between their two influences in posing the photographs.

More of Wohlmann’s voice comes through in her writing, which is included as journal entries in the book to be released at the opening reception. Klein also included commentary on her artistic process at the time.

Wohlmann said the writing was an easy thing to do.

“Since it was such a large physical and social transition for me, I have a lot to write about,” she said. 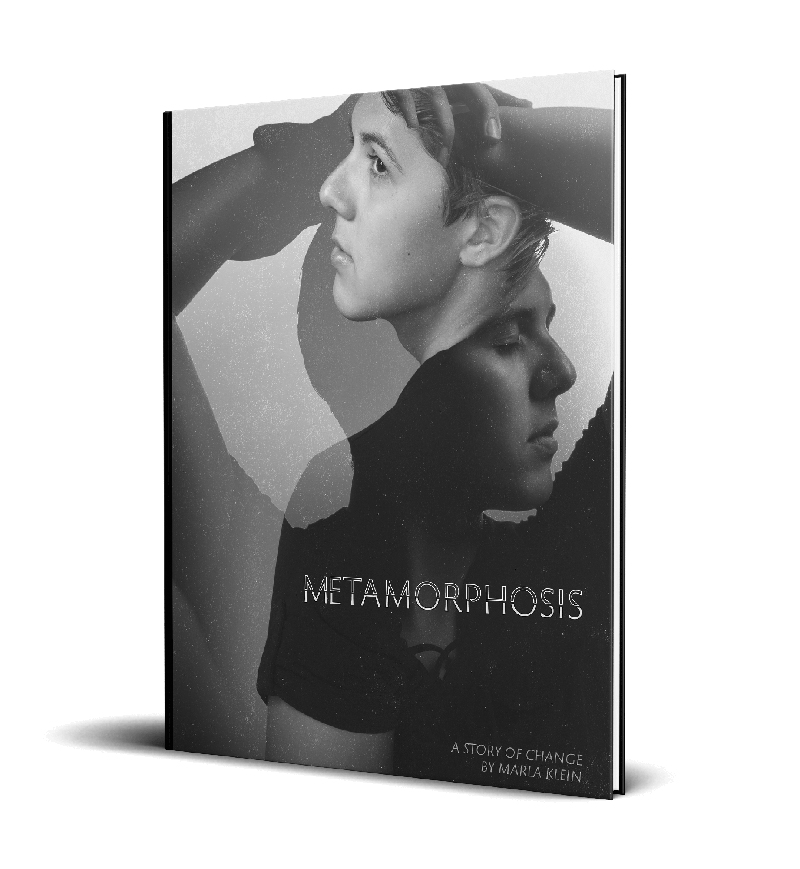 Before Wohlmann came out as a transgender woman, she said she was already out as a proud queer person. She valued the LGBT community and had been both a community educator and advocate. Therefore, she hopes this project speaks to two audiences: to Minnesotans whose experiences may only include cisgender people (people who identify with the gender they were assigned at birth), and to transgender or gender non-conforming people who see the book or show and are able to learn by example.

“I’m excited for people to get a glimpse of what someone in their own community looks like,” Wohlmann said, citing the show as an opportunity to learn more about how to be an ally for neighbors, family members and friends who are undergoing transitions.

Freeborn County Arts Initiative President Elisha Andrew Marin said the decision to host the show was a unanimous vote by the board.

“I think it’s an important issue for our country to discuss, and I’m just absolutely blown away that we are able to host a show like this — to premiere it — in Freeborn County,” Marin said.

The exhibition is made possible through a grant from the Southeastern Minnesota Arts Council and with support from the Target Corporation.

Marin and Klein both said response to the show has been positive so far. Marin said he expects a big turnout for the reception.

“You know, debuting a show like this in a small town like Albert Lea, in a conservative town, in Albert Lea, it can be kind of a stretch for the community to look at issues like this, but you know, there is an LGBT community within Albert Lea,” Marin said. “There are LGBT people everywhere. … These are people’s friends, neighbors, co-workers, brothers, sisters.”

He said he looks forward to the exhibition creating dialogue within the community.

“It’s just a really, really powerful story, and I think it will be a humanizing thing, because at the end of the day, we’re all people,” Marin said.

Klein said she hopes the reaction will continue to be as positive as it has been so far.

“I’m hoping it will just be, the community will just be more accepting of trans people and just understand what, that there are many different ways that trans people can change — not only physically, but what’s going on in their own lives, what they’re always learning about themselves,” she said.

For Klein, there was some learning in it for her, too: namely, in what it means to be a woman.

Wohlmann said she and Klein hope to continue building on the project and broadening its scope.

In the meantime, “Metamorphosis” documents the social barriers and challenges Wohlmann went through during her transition. Wohlmann said she wants the show to serve as a demonstration to the trans community.

“We are worthy of people, you know, our neighbor’s respect and love and compassion from other folks,” she said.

“Metamorphosis” is on display through Oct. 27 at the Freeborn County Arts Initiative. The reception and book release is from 5 to 8 p.m. Saturday. Both Klein and Wohlmann will be present.