Family and friends of David A. Bartness of Albert Lea will gather at 4 p.m. Friday at Bayview/Freeborn Funeral Home, with a service at 5:30 p.m. The Rev. Shawn Stafford will officiate. Military honors will be accorded by local veterans organizations. Interment will be at Hartland Cemetery. Online condolences are welcome at www.bayviewfuneral.com. 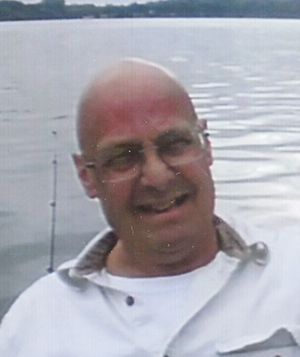 David Arvil Bartness was born on May 15, 1962, in Albert Lea, the son of Arvil and Beverly (Christensen) Bartness. He grew up in Hartland, attending school in Freeborn and Albert Lea. David was proud of his short time  he served in the U.S. Navy.

He worked as a foreman at Streater until his medical condition forced him to retire after more than 30 years. David was a member of the National Rifle Association and Carpenters Local 766. He was an avid hunter and fisherman and enjoyed spending time with his family and friends.

David is survived by his father, Arvil and Dode Bartness of Hartland; mother, Beverly (Wayne) Rietema of Kanawha, Iowa; brothers Bryan Bartness and Mark Bartness, both of Albert Lea; sister, Penny (Jerry) Roy of Northfield; and many nieces, nephews and cousins.

David was preceded in death by his brother, Jimmy Bartness; grandparents Ellsworth and Alice Bartness and Harry and Fern Christensen.