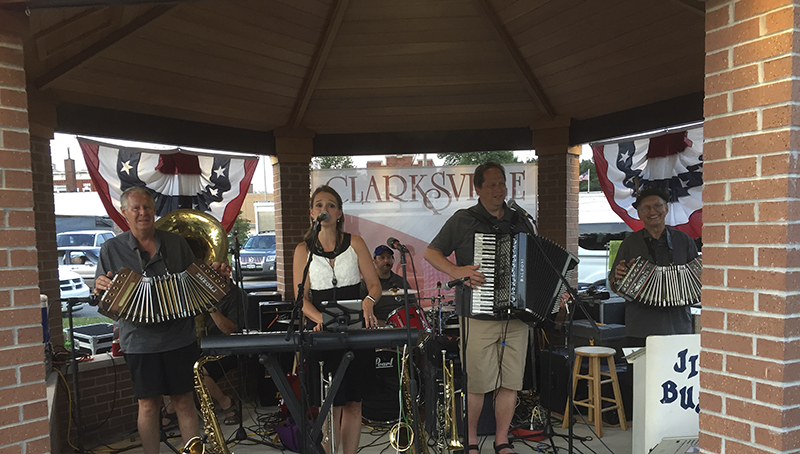 Mollie B and the Jim Busta Band perform together. They will be performing at the Glenville Fall Czech Festival Sept. 8 and 9. Provided

With several of her many instruments in tow, a polka musician is returning with her family’s band to the Glenville Fall Czech Festival.

Mollie Busta, who goes by stage name Mollie B, will be playing at the festival with the Jim Busta Band on Sept. 8 and 9. Although Mollie Busta also plays with others, she started playing in her father’s band at age 11.

“I jumped on the opportunity and never looked back,” she said. She played as a full-time trumpet player for the band until age 27, after which she became more part-time as she began playing with other bands. By the time she arrives in Glenville, she will have been inducted into the International Polka Association Hall of Fame.

“This is what my life has been,” she said. “It’s been polka music. It’s been promoting it, dancing it, playing it.”

This will be Busta’s fourth year at the Fall Czech Festival. She will be playing trumpet, saxophone, the button accordion and keyboard.

“It’s what I love to do,” Busta said. “There isn’t anything I look forward to more than going to polka festivals.” 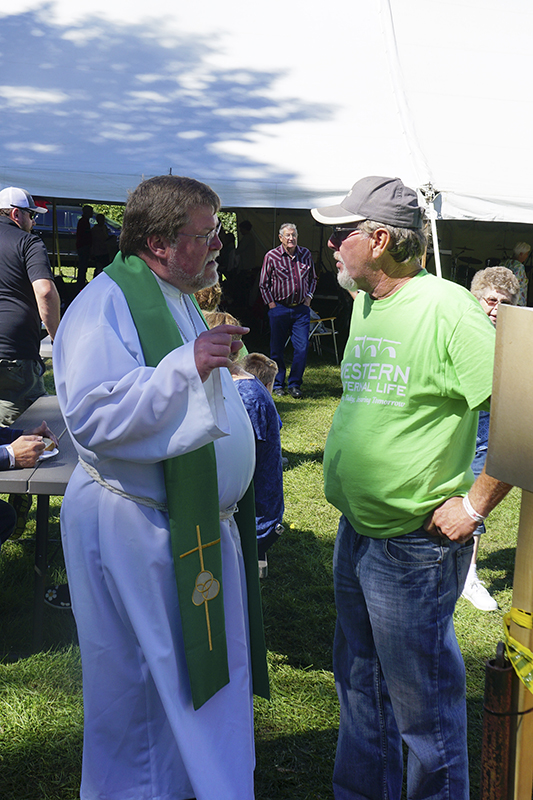 “The music just makes you smile and makes your feet tap,” she said. “It’s a very cliche thing, but polka music is happy music.”

During their performances, Busta said they will play polkas, waltzes, country standards, foxtrots and crowd favorites like the chicken dance and hokey pokey.

Audience members will recognize Mollie B. She’ll be the one wearing the Czech dress.

“It’s huge and big and fun, but knocks over everything onstage,” she said.

In addition to music, Bonnie Belshan, a member of theWestern Fraternal Life Association Lodge No. 44. that cares for the Bohemian Brick Hall, said the festival also includes a silent auction featuring Czech items from the collection of Marie and Elton Krikava. Their son and career missionary through the Lutheran Church — Missouri Synod based out of the Czech Republic, James Krikava, will preach at the Sept. 9 worship service.

The festival grounds open at noon Sept. 8, and between noon and 6 p.m. attendees can participate in the silent auction, dance to the music on a wooden dance floor, win door prizes, purchase food and beverages — and, of course, kolaches — and take part in the children’s games and activities, which are new this year, Belshan said. Attendees are encouraged to bring their own chairs.

After the Sept. 9 service, a Czech meal will be available for purchase.

Proceeds from the event will go toward the restoration and care of the Bohemian Brick Hall as well as to donations made throughout the year by Western Fraternal Life Association Lodge No. 44.

Who: Mollie B and the Jim Busta Band