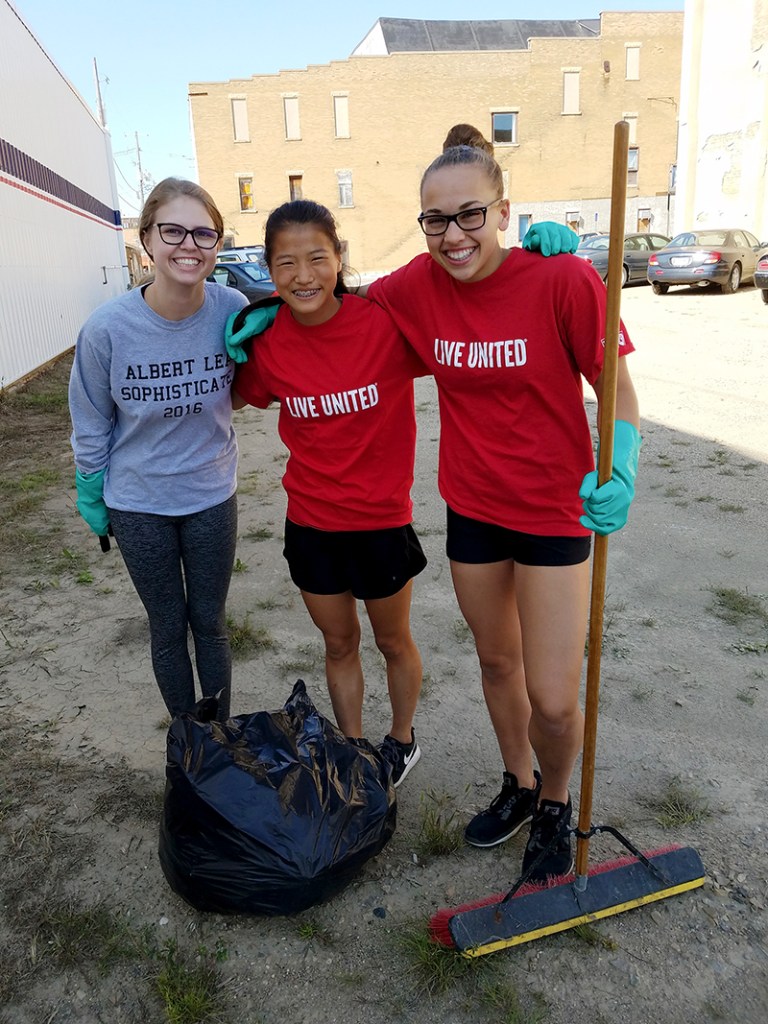 Albert Lea High School’s Environmental Awareness Club worked to clean up the city in a community cleanup organized by the United Way of Freeborn County on Saturday. - Provided

The event was the last of three organized by the United Way of Freeborn County. The first two took place in July and August in the areas of Pioneer Park and the Brookside boat landing and Blazing Star Trail.

United Way of Freeborn County Executive Director Ann Austin said though there were areas with garbage around apartment buildings and in alleys, the downtown district was well-maintained.

“Especially along Broadway, it’s really nicely maintained by all the businesses,” she said.

Some of the items volunteers cleaned up included broken glass and cigarette butts, an item Austin said is nearly as environmentally concerning as plastic straws.

“Cigarette butts (are) a growing concern with pollution and environmental activists because they’re finding a lot of them in the oceans,” she said. “So it’s something where it seems insignificant, and you think that maybe they’ll dissolve over time, but they don’t.”

“They were some of the very motivated young people,” Austin said. “They ended up doing a lot of weeding.” 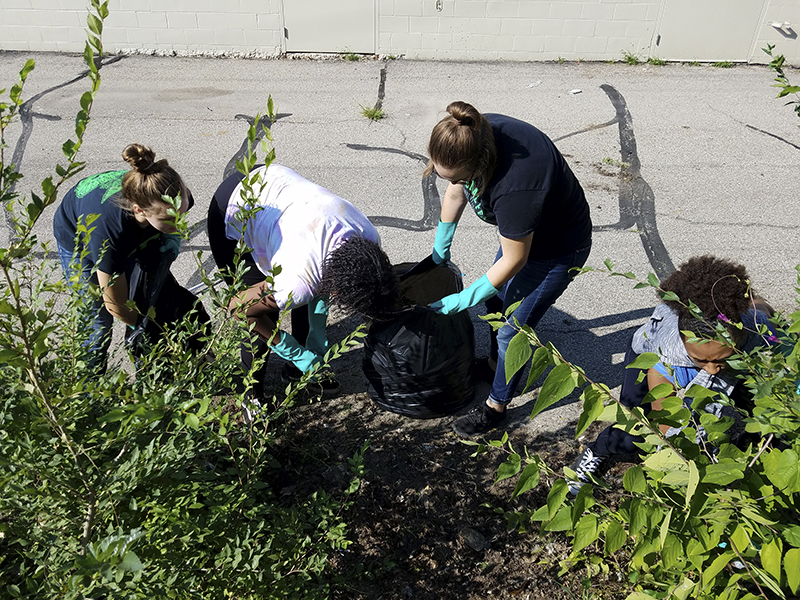 The club was part of a group of about a dozen people who participated in the cleanup. – Provided

The downtown cleanup is expected to be the last community cleanup this year. The city of Albert Lea has picked up the debris gathered by the volunteers.

Austin said the downtown cleanup was “a way to organize people to do something that maybe they wouldn’t have done on their own.”

Austin said her daughter, Elise, told her they should clean their neighborhood after she became aware of her mother’s job organizing work.

“If each of us does that part, then our community does remain cleaner and more attractive for our next generations,” Austin said.

“It’s been very fun, and it’s a way to engage new people,” she said of the event.

Austin said cleanups have provided flexibility to volunteers, giving them a more open way of getting involved.

“People want to get involved, but they don’t know how,” she said. “And so by having an event that’s no pressure for them, they can just show up and leave whenever they want to leave. It’s a way to get involved at a starting point, and then we can engage them and invite future opportunities.”

Katelyn Tollefson of the United Way of Freeborn County will partner with Senior Resources this fall for the Chore Services Program, meant for senior citizens who are not able to conduct necessary maintenance. The program is looking for people to drive seniors to appointments and do general home repairs.

“That really helps keep them independent in their homes,” Austin said.