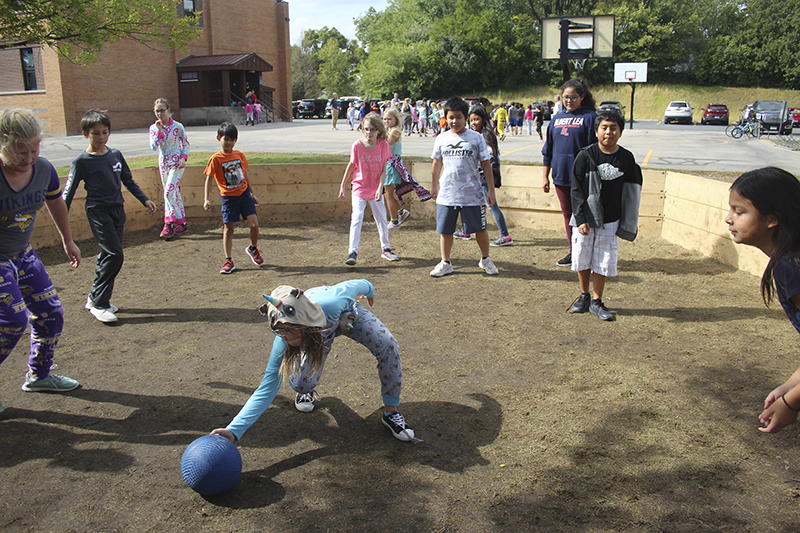 Hawthorne Elementary School physical education teacher Jeff Groth said approximately 20 students can play in the pit at one time. Students rotate in and out: as one gets eliminated, another joins the game. - Sarah Kocher/Albert Lea Tribune

Students at Hawthorne gain new activity for PE and recess

More specifically, they’ve been going outside during gym class and sometimes recess for about two weeks to play gagaball, thanks to donations from local businesses.

Gagaball is a game played inside an octagonal wooden-fenced pit. At Hawthorne, approximately 20 students compete individually, hitting a rubber ball in an underhand swing and aiming it for their opponent’s legs below the knee. If the ball touches your legs below the knee, you’re out of the pit. 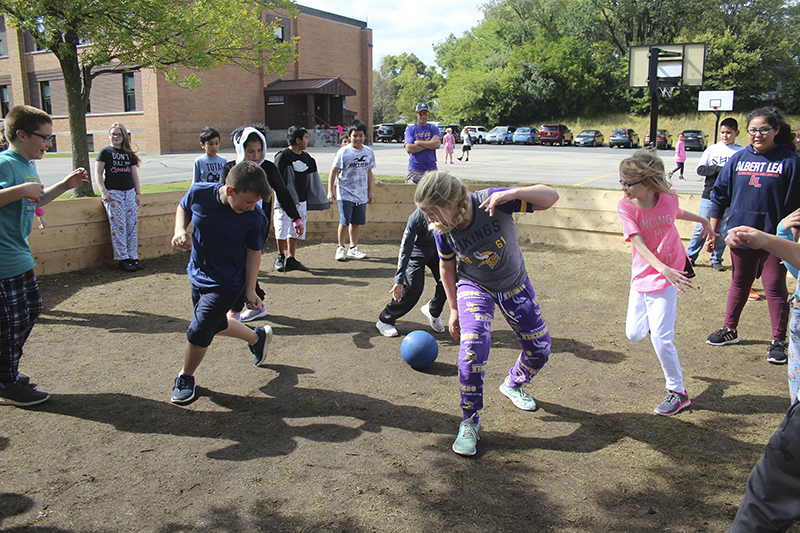 At Hawthorne, Groth said he modified the game to include more students more often. Rather than battling down to one victorious student at the end — “I don’t find that to be beneficial for the kids. When you’ve eliminated 19, those kids are not getting that activity,” Groth said — for every student who is knocked out, another student can re-enter the pit for another chance to stick around. Groth said this also keeps the children more active.

“Kids were leaving PE sweaty, excited — I mean they just had smiles on their faces,” he said.

The pit was installed at the instigation of Lou-Rich employee Nick Hanke, who had $800 of leftover funds from installing drinking fountains around the community and was looking for a community project to funnel that into. Hanke played gagaball with his family at a church camp, but to purchase a pit-building kit was between $2,000 and $3,000, he said. After going back and forth on the size of the pit and material costs, Hanke ended up with all donated materials from Lou-Rich, Alamco and Fastenal. 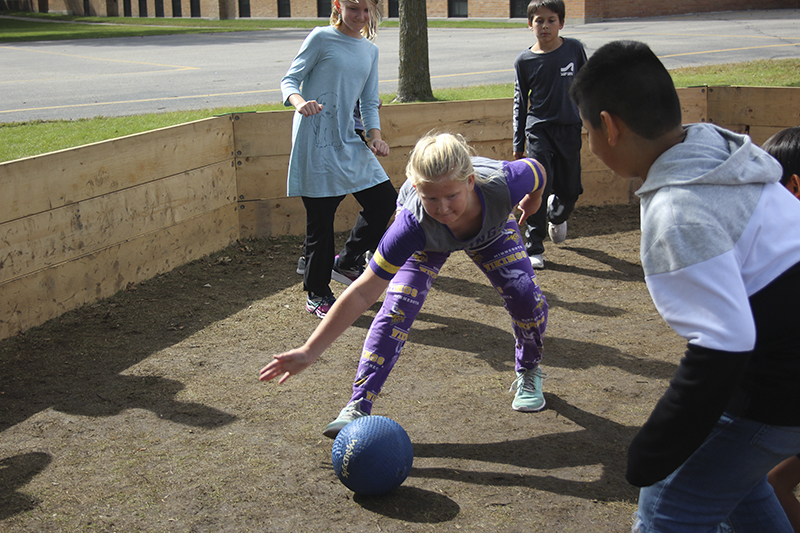 On pajama day at Hawthorne, a student makes an underhand hit in an effort to eliminate other players from the game. – Sarah Kocher/Albert Lea Tribune

Hanke said he reached out to all the elementary schools with the offer to install the pits with no response. Instead, he brought it up during a game of pickleball, which he plays with Groth.

Hanke said he is looking for ways to invest in the community, and he likes activity-related ways to do that.

Both Hanke and Groth said gagaball is an activity that spans ages well.

“It’s very exciting that it was so exciting for our 5-year-olds and 10-year-olds,” Groth said. 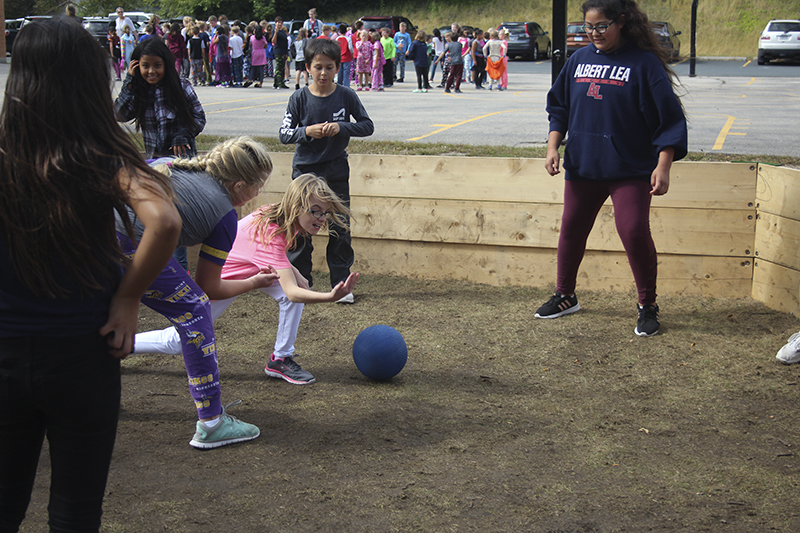 Fifth-grader Anna Laskowske, who has played gagaball before at a camp, said the game also gives students with all levels of athleticism a chance.

“Even if you’re more athletic, sometimes it’s still hard to get around the ball,” she said.

In the first week gagaball came to Hawthorne, every PE class was gagaball so the students could learn the rules, Groth said. Now, he’s hoping the activity translates to a recess activity. It’s a big thing that it provides children — especially older children — another option at recess, he said.

Fourth-grader Luis Chavez said he has enjoyed playing gagaball during gym class, and he likes the opportunity to work on his own team of one. He said the game does seem like a nicer version of another familiar game.

“It’s not like dodgeball where you get hurt and you get hit in the face, so I like that,” he said. 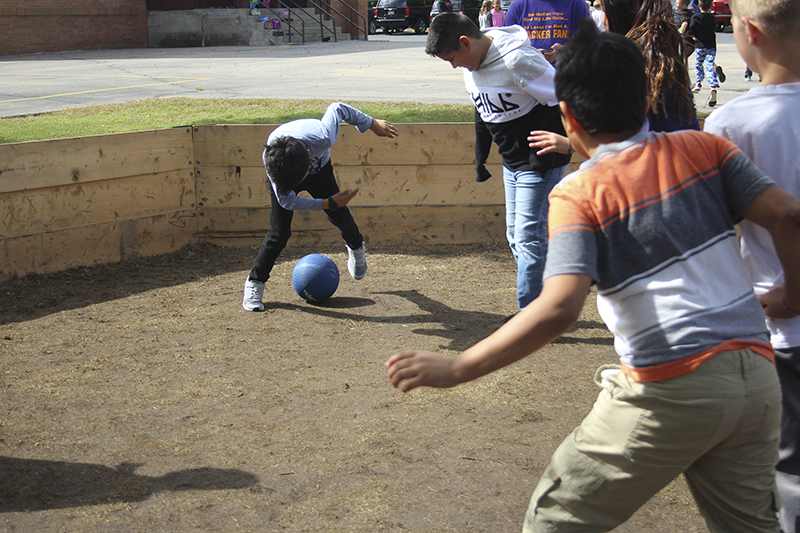 A Hawthorne student tries to avoid the ball Monday afternoon. If it touches him below the knees, he is rotated out of the game. – Sarah Kocher/Albert Lea Tribune