‘I feel like I’ve lived every one of his songs’ 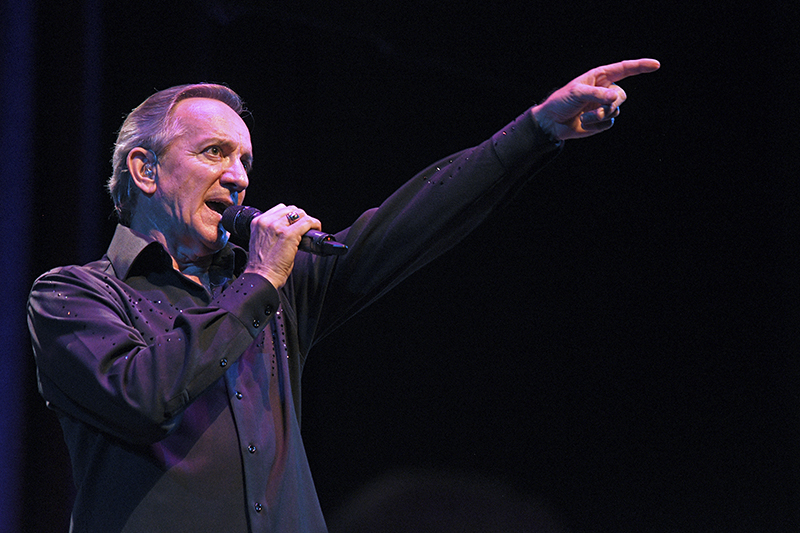 Jack Wright has performed his Neil Diamond contemporary tribute, which includes both songs and stories from the legendary musician, for four years. - Provided

For every football fan who has sung “Sweet Caroline” in a crowded stadium, an upcoming performer has a message for you: There is more to Neil Diamond.

Although Jack Wright has performed as a musician for many more years, he is four into his Neil Diamond tribute show. Wright will perform “Songs and Stories of Neil Diamond” at 7:30 p.m. Sept. 14 at the Marion Ross Performing Arts Center.

For Wright, what separates his show from other tributes is a complete avoidance of attempts to be a sound-alike or look-alike.

“I don’t have to do any of that,” he said. “I’ve just had this natural Neil Diamond voice forever, and I don’t make any attempt at all to impersonate him in any way. … I don’t need it. My audiences get it.”

Instead, Wright said setting aside the Neil Diamond persona allows him to share songs and tell stories about Neil Diamond.

“I’m kind of a walking, talking encyclopedia of all things Neil,” he said.

During the show, he will talk about Neil Diamond’s career but also about the songs and what they mean. He said when he explains lyrics, he sees people’s eyes pop open.

“We hear all the time that the stories to people are almost as important as the songs, because it clarifies him so much,” Wright said.

While Wright said the show will touch on Neil Diamond classics, the focus is on the Neil Diamond of the last 20 years and the place the singer has been at in people’s minds for that later period. Neil Diamond stopped touring after being diagnosed with Parkinson’s disease.

“(People who come to the show) know they’re not going to see Neil Diamond in concert anymore, and they’re looking at me to give them that Neil Diamond experience,” Wright said.

With his five-piece band, which includes two keyboard players, a drummer, a guitar player and a bass player, Wright will play Neil Diamond’s live arrangements.

There is some pressure there, but he said it motivates him to go out and give audiences what they love about the “real Neil.” Wright said his goal is to do what Neil Diamond did: to leave a part of himself on stage. He said it takes a lot to leave those pieces in front of an audience, but it creates a communication and interaction between performer and audience.

There’s something in there that Wright himself loves about the “real Neil,” too — that he used music to express things people felt but did not really talk about.

“I feel like I’ve lived every one of his songs,” Wright said. “I really feel him from the heart.”

What: “Songs and Stories of Neil Diamond” contemporary tribute