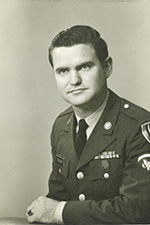 Imery Gene was born Jan. 11, 1945, in Thompson, Iowa, the son of Irone and Eunice (Hove) Millang. He was one of 11 children. Gene graduated from Freeborn High School in 1963, and went on to attend the University of Minnesota for two years until he enlisted in the service.

He honorably served his country in the U.S. Army from February 1966 to August 1968 in Germany, and then Vietnam.

He was united in marriage to Nancy Christensen on June 16, 1973, at Freeborn Congregational Church.

Gene worked with explosives, traveling across the country to demolish buildings. He worked for Northrup King of northeast Minneapolis and Controlled Demolition (CDI) for many years. He also worked in Mankato, salvaging scrap metal from railroad cars.

Gene enjoyed collecting Budweiser and Coca-Cola memorabilia, antiques and pieces of buildings he had imploded. He was a member of Wells Veterans of Foreign Wars Post No. 1775, Freeborn American Legion Post No. 552 and the Albert Lea Eagles Post No. 2258.