Knights nab first win of the season at home 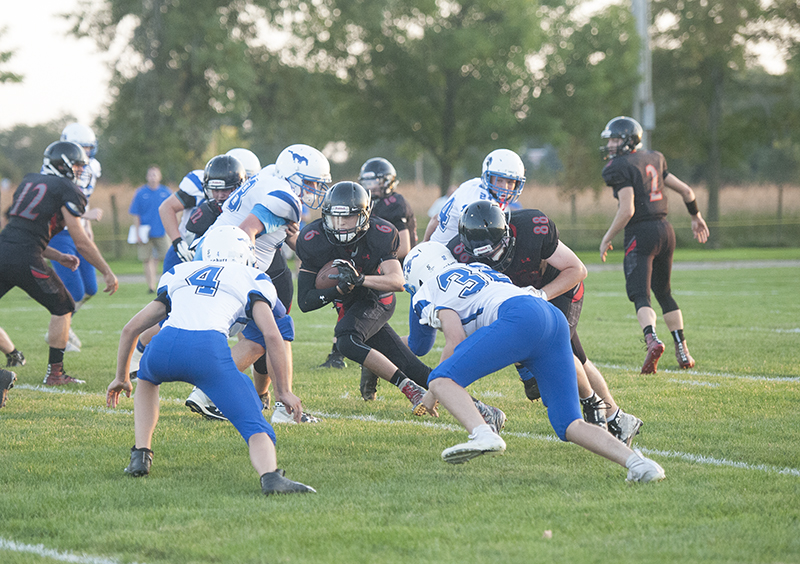 ALDEN — The Alden-Conger/Glenville-Emmons football team hosted Buffalo Lake-Hector-Stewart on Friday night, still looking for its first win of the season.

Despite a late comeback scare by the Mustangs, the Knights relied on a strong first half and a stellar defensive game to hang on and win 30-16.

The Knights got the scoring started on their first offensive possession of the game, when just over four minutes into play, sophomore Ethan Greenfield caught a short pass from senior Ryan Hanson. After a unsuccessful two-point conversion, the Knights led 6-0.

The defense kept the momentum rolling when Hanson picked up a loose ball just a few plays into the Mustangs drive. However, the Knights were unable to capitalize on the turnover, punting the ball away after three plays.

The second quarter was all A-C/G-E, scoring three more times before the halftime break.

After sophomore Derek Miller jumped on the Knights’ second fumble recovery of the game, sophomore Isaac Burgett ran the ball in for a 47-yard score. Hanson then continued his impressive showing on defense with an interception on a deep ball thrown by the Mustangs. 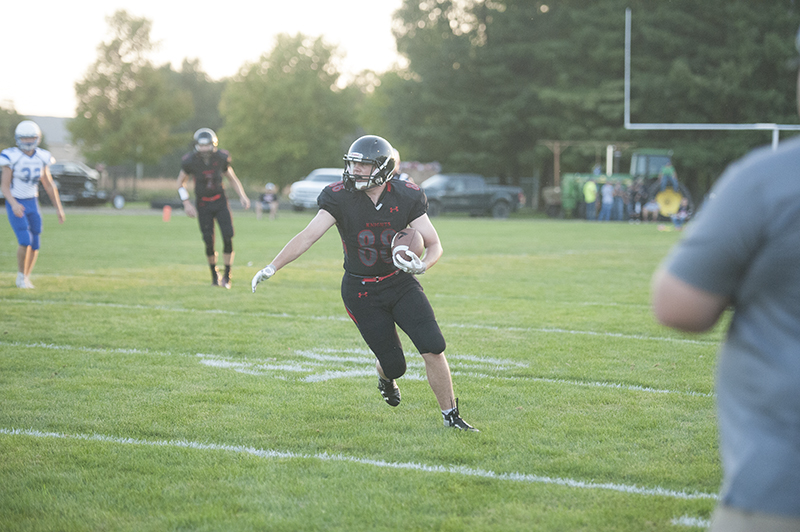 The Knights would take advantage of the Mustangs mistake, scoring on a 21-yard run from Burgett. Senior Luke Morrison recovered the third Mustangs fumble of the game on the next defensive possession and set up another score for the Knights, this time a pass from Hanson to senior Adam Skov.

The Knights went to the locker rooms at halftime with a comfortable 24-0 lead.

The Mustangs came out to a stronger start in the second half by taking their first drive into the endzone on a short run four minutes into the third quarter.

The Knights answered right back by marching down the field and punching the ball in for a score on a short run by Burgett. The Mustangs weren’t ready to stay down just yet, however, scoring on another short run just before the end of the third quarter.

The Mustangs again marched down the field, threatening to make it a one-possession game, when the Knights defense came up with another huge play. The Mustangs fought all the way down to the three-yard line before the Knights forced a fumble that rolled into the endzone and was recovered for a touchback.

The re-energized Knights squad then used a long drive to bring the clock under three minutes left in the game before giving the ball back to the Mustangs.

The Mustangs drove part way down the field, but ultimately failed to cut into the lead after a fourth-down attempt came up short, allowing the Knights to run out the rest of the clock.

The Knights record their first win of the season and move to 1-3. They will be back on the field Friday night when they travel to Cleveland to take on the Clippers. 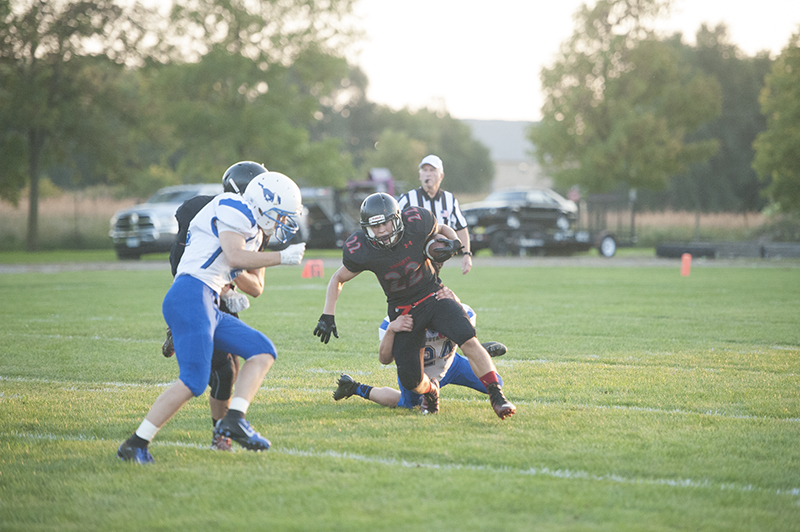 Alden-Conger/Glenville-Emmons senior Adam Skov runs the ball early in the first quarter against Buffalo Lake-Hector-Stewart Friday night. Skov caught a 7-yard touchdown pass late in the first half to give the Knights a 24-0 lead. – Tyler Julson/Albert Lea Tribune