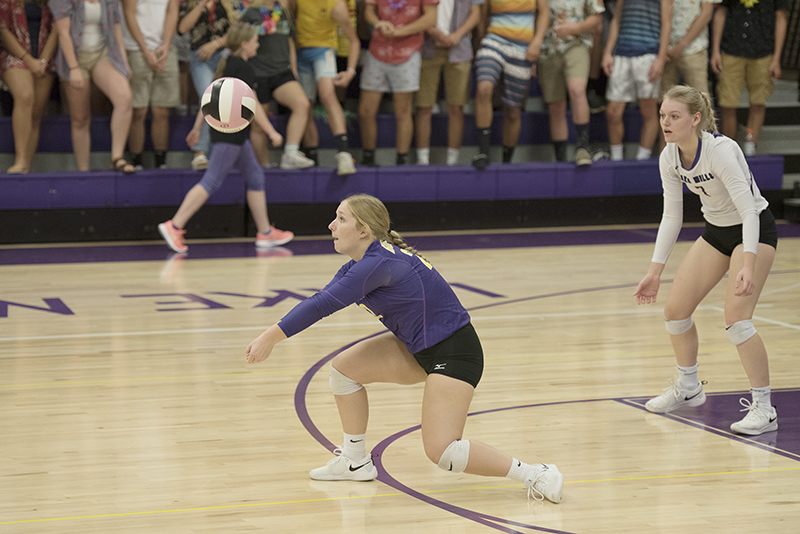 Lake Mills senior Kristyn Throne bumps the ball to a teammate Tuesday night at home. The Bulldogs cruised to a three-set win over the Bison. - Lory Groe/For the Albert Lea Tribune

Head coach Jim Boehmer said he was pleased with the overall performance of his team Tuesday, especially defensively and on the front row.

Senior Hannah Hanson led the team with 14 kills, while sophomore Kylie Greenfield and senior Audrey Casperson were close behind with nine each. Junior Hope Levine and senior Meghan Fails also had big nights up front, each recording two blocks. 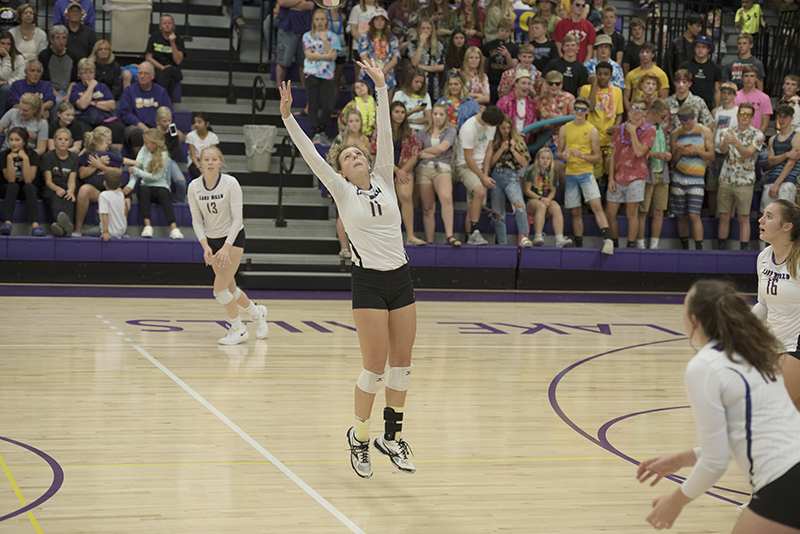 “Defensively we are getting better,” Boehmer said. “That has made us a much better team as the year has progressed. All the girls played well on defense. I can’t really point out just one or two because each one did their job. We dug the ball extremely well and made all sorts of good adjustments.”

As a team the Bulldogs recorded 52 digs, 15 of which came from Casperson. Greenfield added another 10. Senior Kristyn Throne had seven, while Hanson and junior Jessa Gasteiger had six each. Gasteiger also added 34 assists to her season total.

One area Boehmer thought the team could improve in is its serving. The Bulldogs finished the match 67/74 (91 percent) from the service line, hitting six ace serves.

The Bulldogs improve to 24-4 on the season and 7-0 in the conference. They will be back in action Tuesday when they hit the road to face Top of Iowa Conference rival Forest City.