A Northwood man was arrested in Worth County on Sunday for possessing methamphetamine after leading deputies on a short foot chase. 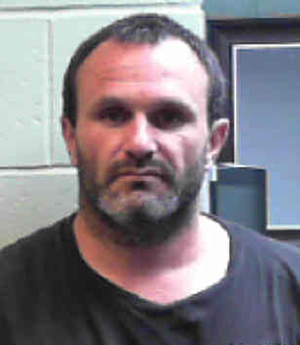 A deputy attempted to pull over a 2002 Dodge Dakota at 6:53 p.m. Sunday at the intersection of Partridge Avenue and 485th Street for not having an exhaust.

After investigation, the deputy learned there was a felony drug warrant out for Hauge, who was a passenger in the truck.

The Sheriff’s Office stated while attempting to detain Hauge, he took off and a foot pursuit ensued.

He was ultimately arrested.

Deputies later went out to the scene where Hauge had fallen and found approximately 5 grams of methamphetamine in two plastic baggies, with one being packaged for sale and a pipe commonly used for smoking methamphetamine.

The methamphetamine was discovered in a Copenhagen Snus tin can. Hauge also had a matching tin can in his possession when he was taken into custody, along with a torch lighter commonly used for smoking methamphetamine and a substantial amount of cash.