A public meeting is scheduled Tuesday after a high-risk predatory offender moved into Bricelyn Sept. 21. 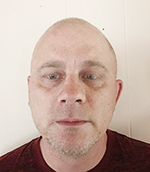 The meeting is scheduled to begin at 6 p.m. Tuesday at Bricelyn Community Center, 309 N. Main St.

Anyone with questions about Vorce locating to the community is advised to attend.

According to the Minnesota Department of Corrections, Vorce engaged in sexual conduct and contact in 1996 and 1999 with girls ages 8, 13 and 14. Conduct included coercing a 13-year-old girl to remove her clothing and get into bed with him while he was naked. Contact included sexual touching and penetration with two victims. Some degree of intimidation and force was described as occurring in at least one instance.

Vorce was known to his victims.

Vorce is not being supervised. According to the Minnesota Department of Corrections, he has completed his prison sentence and supervised release period.