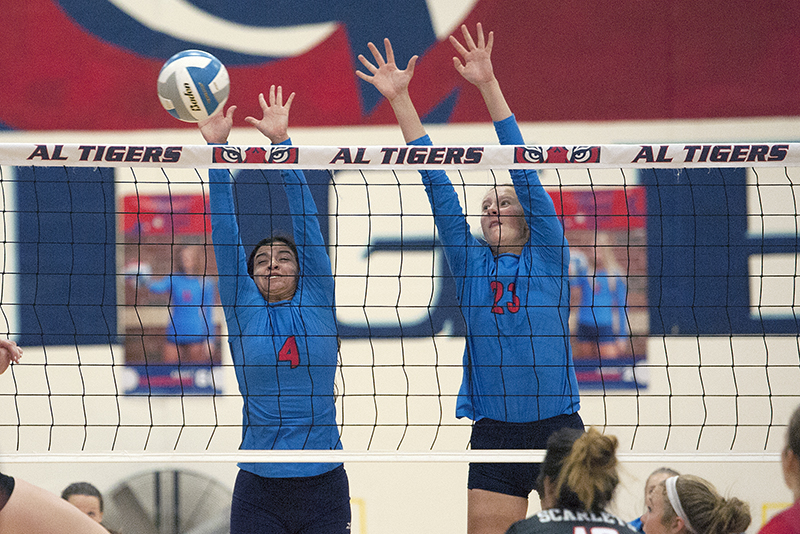 Albert Lea juniors Karla Obregon and Shayna Skaar jump to make a block attempt on a Mankato West kill. The Scarlets were too much for the Tigers to handle, wining in three straight sets. - Tyler Julson/Albert Lea Tribune

After taking Owatonna to a fifth set on Tuesday night, the Albert Lea volleyball team was hoping to bring a little of that momentum to its match against Mankato West Thursday night.

The Tigers came out to a slow start in the first set, but it was equalled by the Scarlets as neither team was able to find their groove in the opening part of the set. The Tigers were brought down by a couple of defensive mistakes, which gave the Scarlets the opening they needed to find their rhythm. With the set still fairly even at 10-7, the Scarlets used some powerful hitting to open up a big lead and finish the set on a 15-3 run. 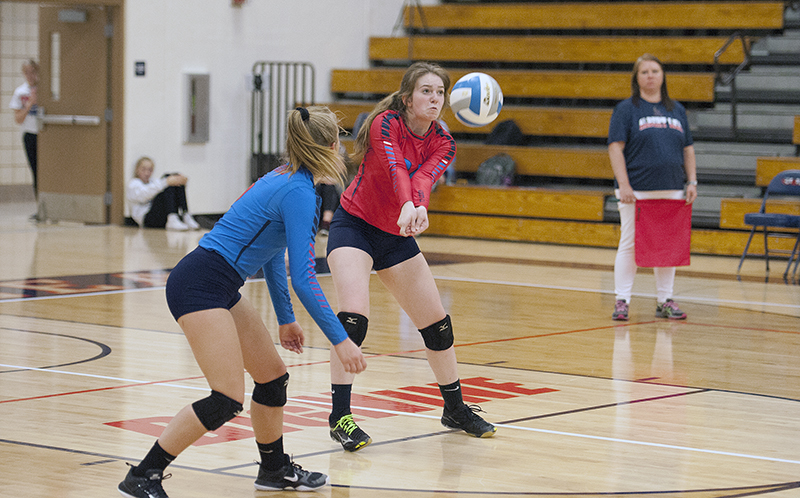 The digging ability of seniors Kailey Van Riper and Kendra Olson were a bright spot in the opening set, but it was to no avail.

It was much of the same for Albert Lea in the second set, with the net play of seniors Khira Hacker and Courtney Harmdierks providing a bit of a spark, but not enough to keep Mankato West at bay.

The Tigers would give the Scarlets their best shot in the third and final set. Sophomore Emilee Bauer was especially useful setting her teammates up with assists, but the Scarlets were able to hit the spots they needed to, while the Tigers’ kill attempts missed their mark.

The Tigers fall to 0-7 on the season and will look to pick up their first win Tuesday when they travel to Northfield to take on the 10-2 Raiders. 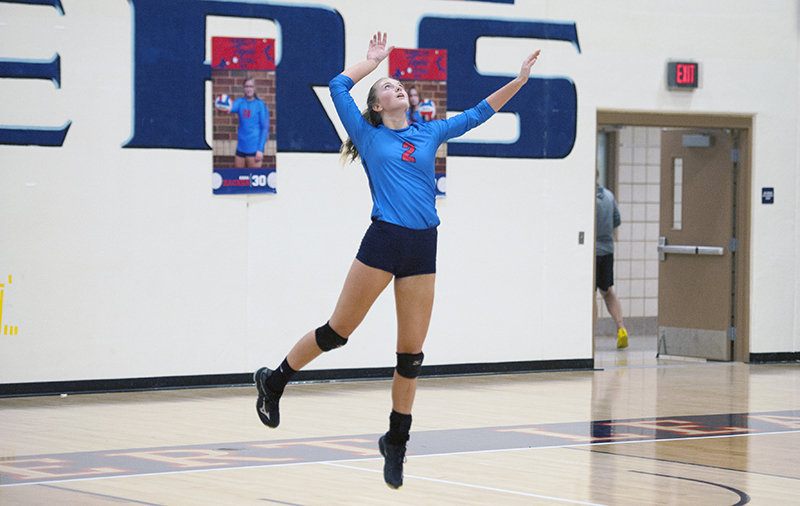