The spirit of Halloween 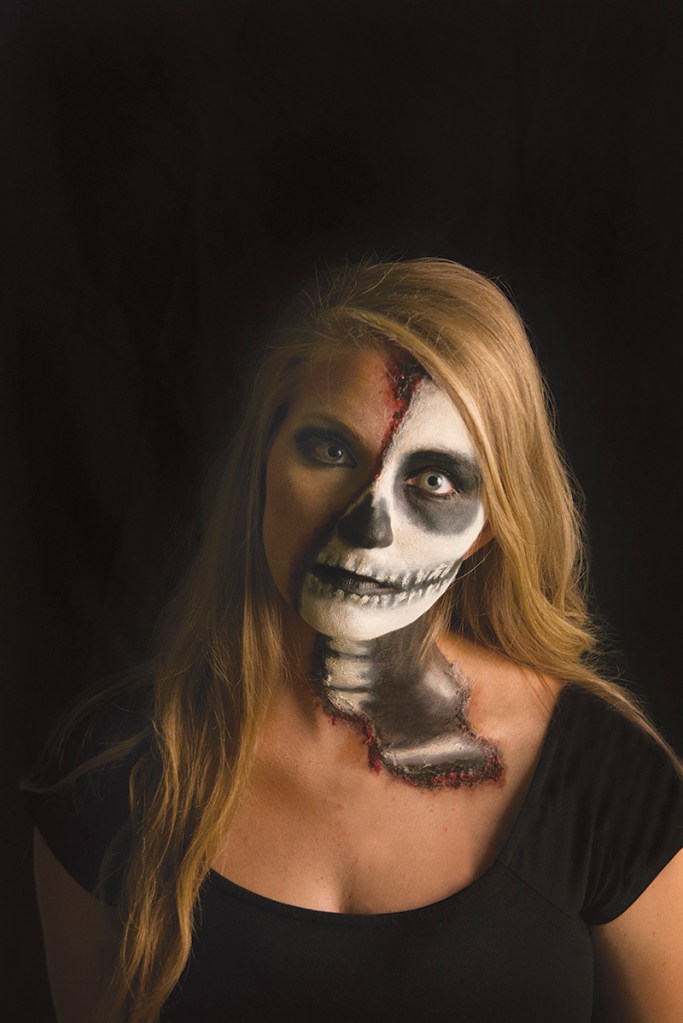 We set out to find individuals in the area with fantastic costumes. Whether for Halloween, Chapel Con or just because, these people make their characters their own through dedication to detail and the creativity that comes through in their finished costumes. Whether through incredible makeup skills or outstanding craftsmanship when it comes to sewing or tailoring clothing, these costumes will make you do a double take. 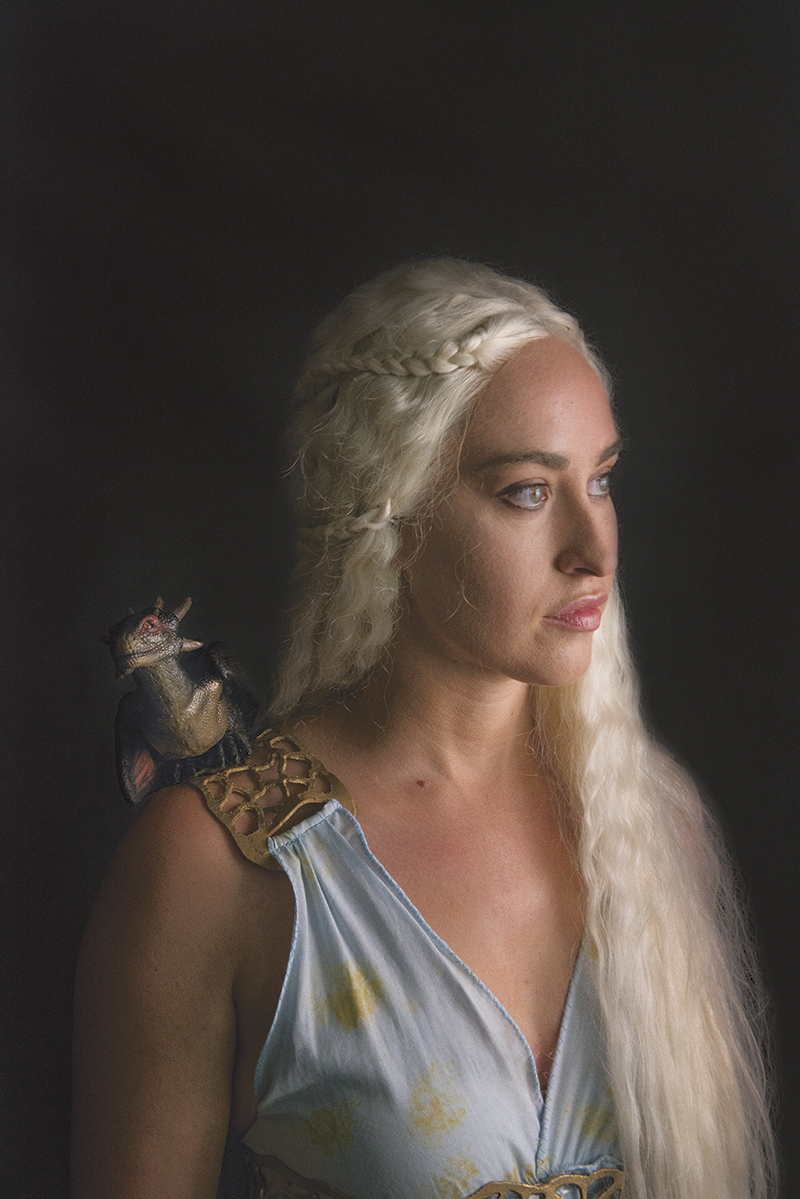 Dressed as: Daenerys Targaryen from the book and television series “Game of Thrones”

Costume materials: dress cut, sewn together and painted; foam cut into designs and reinforced for belt and straps on dress; dragon purchased and then painted with glass eyes added onto it for a more realistic look; purchased wig

Favorite part about dressing up/Halloween: likes finding different styles and costumes to make her own 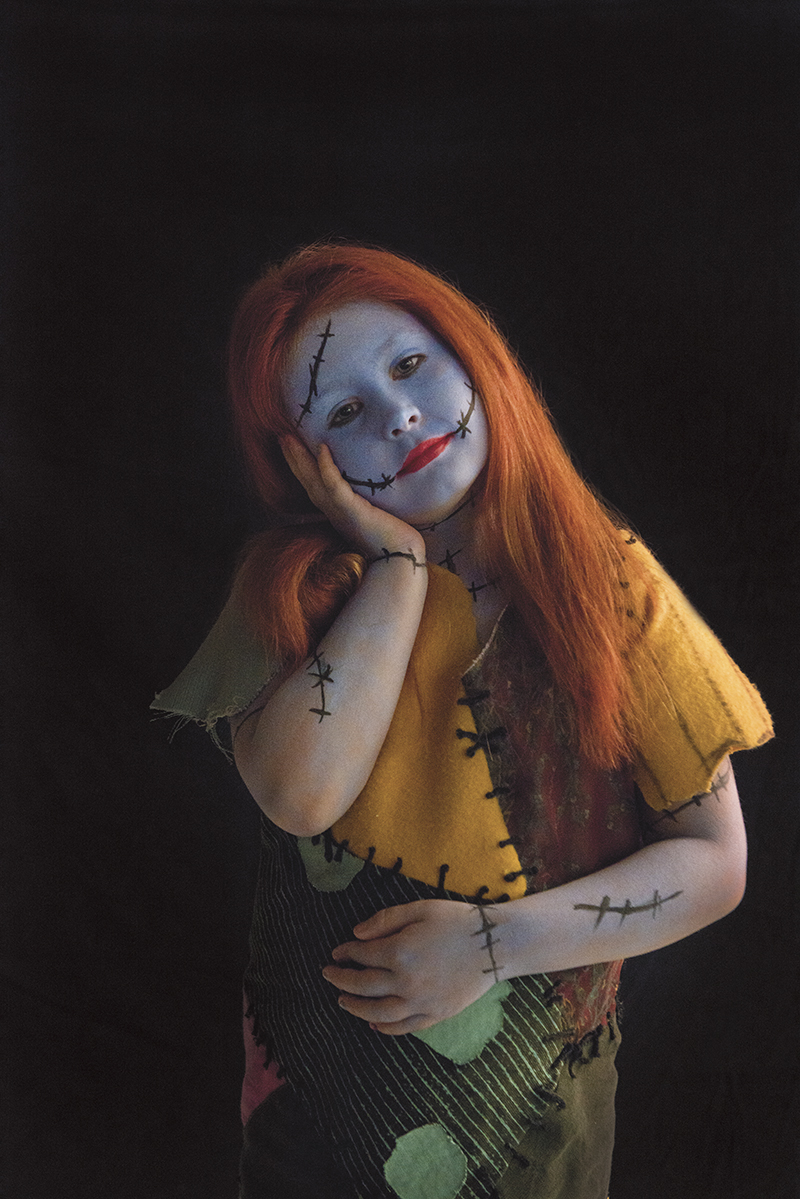 Paizley Lowe as Sally from the movie “The Nightmare Before Christmas.” – Colleen Harrison/Albert Lea Tribune

Dressed as: Sally from the movie “The Nightmare Before Christmas”

Costume materials: the makeup and wig are store-bought; Paizley made the dress herself by cutting different pieces of fabric apart and sewing them together (with a little bit of help from her mother, Jes Williamson)

Favorite part about dressing up/Halloween: “Getting to act out as players” 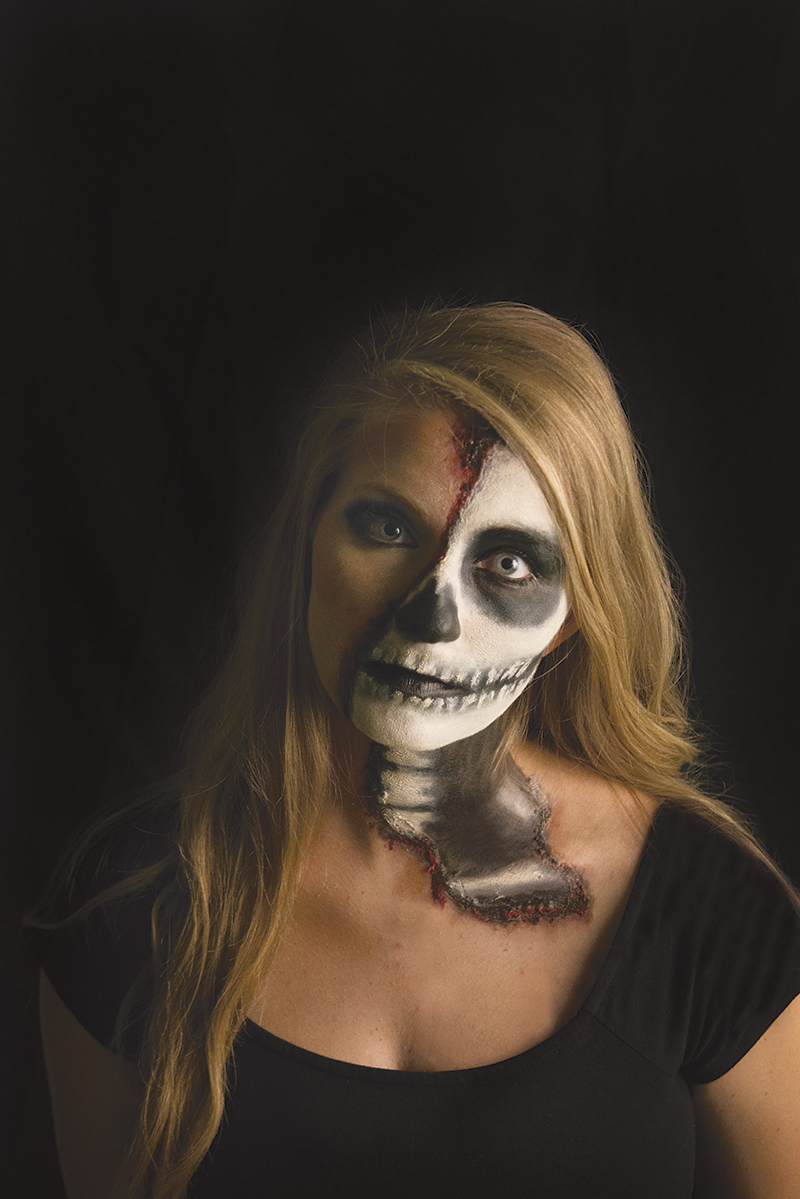 Dressed as: a half-exposed skeleton

Costume materials: eyeliner, lipstick and foundation from a dollar store; Elmer’s glue and pieces of lipstick for added texture

Favorite part about dressing up/Halloween: it gives her a chance for “making time to be creative” 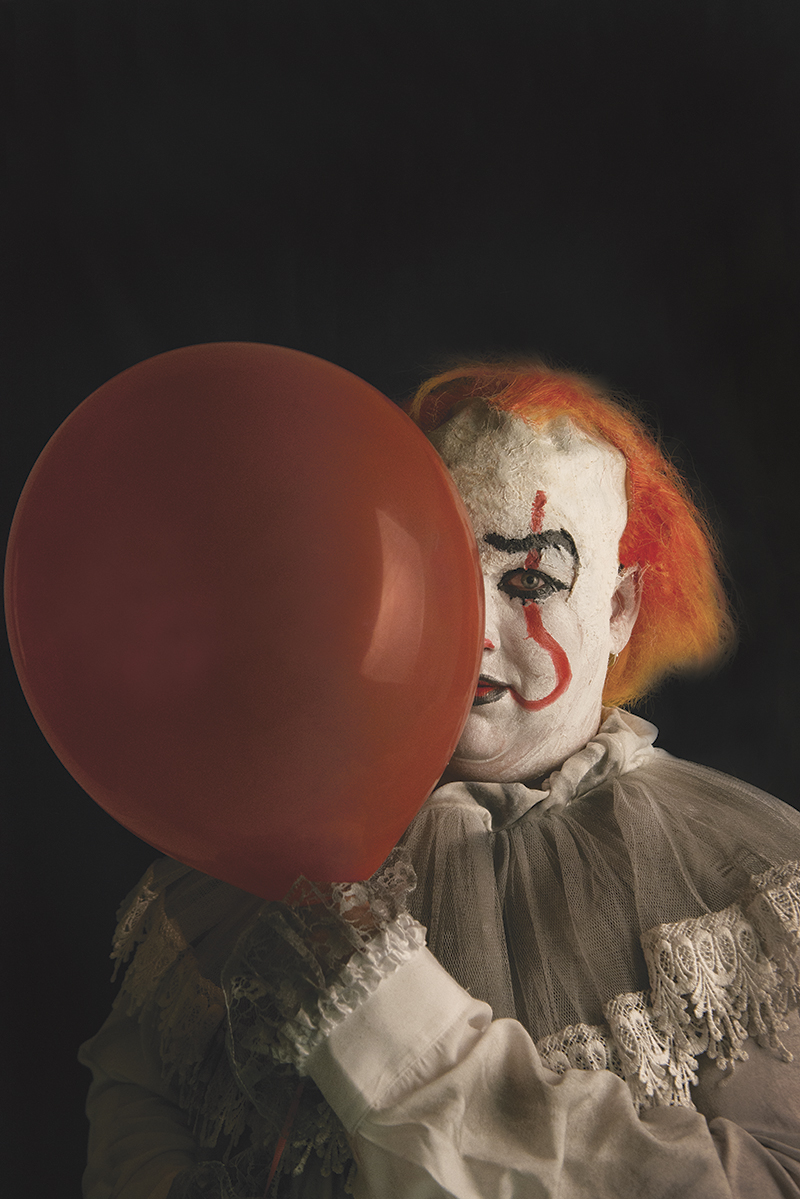 Nicole Sokolofsky as Pennywise the clown from the movie and book “It.” – Colleen Harrison/Albert Lea Tribune

Dressed as: Pennywise the clown from the movie and book “It”

Costume materials: garter belts and part of a children’s skirt sewn onto the sleeves and collar of a button-up shirt before being painted, pom-poms sewn on for shirt buttons; store-bought balloon, makeup, cap and wig

Favorite part about dressing up/Halloween: “Being able to put my creativity into costumes”