Tigers fall short vs. the Winhawks 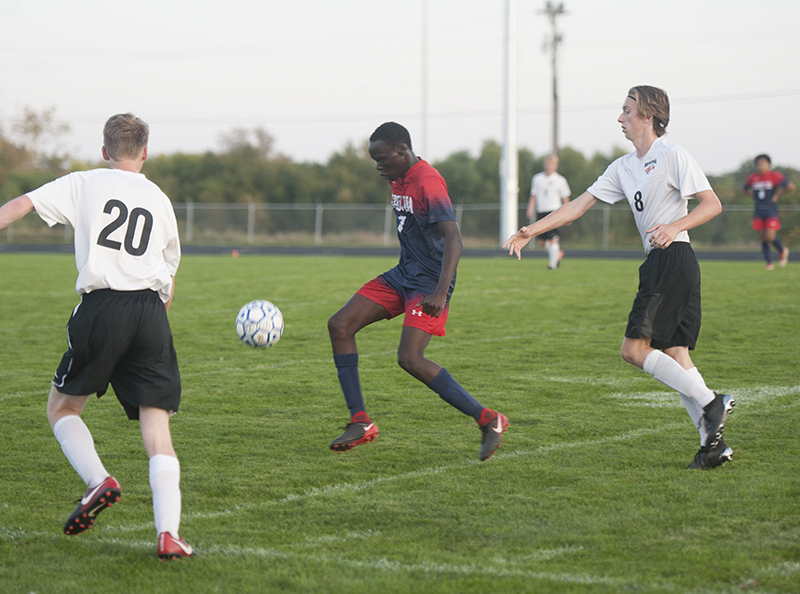 The Albert Lea boys’ soccer team hosted Winona Tuesday night looking to extend its winning streak to two games and get back to .500 on the season.

Despite a few close shots late in the game, the Tigers were unable to dig themselves out of their first-half deficit, falling to the Winhawks 2-1.

Winona was first to find the back of the net less than five minutes into the start of play. Junior Kai Kovala hit the mark to give Winona a quick 1-0 advantage. Albert Lea struggled to keep possession of the ball on Winona’s half of the pitch, unable to get into a threatening position through much of the first half.

The Winhawks scored again later in the half, this time from junior Auguste Tadie, putting them up 2-0 over the Tigers with a little over 15 minutes remaining in the half. 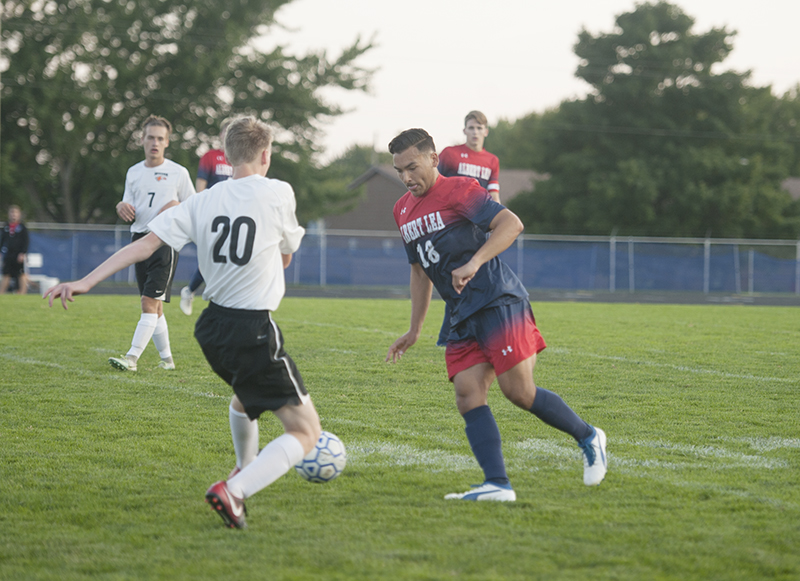 Albert Lea junior Lei Htoo broke away and had a decent look at the goal a couple of times late in the half, once with around 10 minutes left and another with just under seven minutes left. Both shots failed to find the goal, however, and Albert Lea headed to the halftime break in a two-goal deficit.

It seemed like it was going to be more of the same for the Tigers when the second half opened to the Winhawks controlling the ball right away. However, sophomore Dante Lopez was able to break away and put the Tigers on the board with a goal seven minutes into the half.

The goal gave Albert Lea a shot of energy, but the team was unable to capitalize on any opportunities it saw. Senior Phil Ter had two great hustle plays that brought the ball into scoring position, but the Winhawks defense was able to thwart any decent shot attempts.

Htoo, again, would come close to sending the equalizer into the net, but one attempt missed just right of the goal and the other was knocked away by a Winhawks defenseman at the last second.

The Tigers fall to 1-3 on the season and will play again Thursday when they travel to Owatonna to take on the Huskies.