Tigers stall out vs. Bluejays 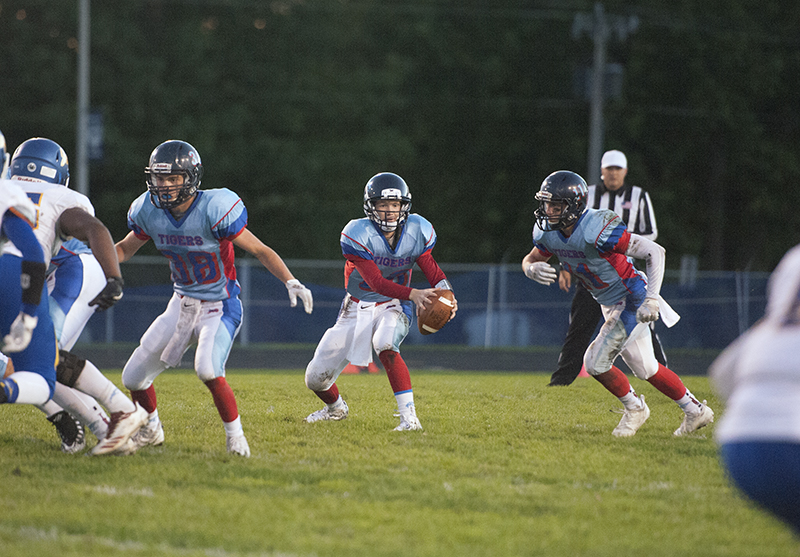 A slow offensive night for the Tigers and explosive plays from the Bluejays offense put the Tigers in a deep hole early in the game. The Tigers were unable to start any sort of comeback attempt in the second half, falling to the Bluejays 60-6.

The Tigers started their opening drive with a first down, but were forced to punt a few plays later. The punt attempt was blocked by the Bluejays and ran back for a 50-yard touchdown to open the scoring. A missed PAT made the score 6-0 just over two minutes into the game.

After punting the ball back to Waseca, Albert Lea senior Dane Brownlow nearly got the ball back by forcing a fumble, but it was recovered by Waseca.

The Bluejays found their footing after the slip up and scored a few plays later on a 31-yard pass. Another unsuccessful PAT kick put the Blujays on top 12-0. The Bluejays would find the endzone one more time before the end of the quarter on a well-defended ball by Carter Simon. However, a spectacular catch by a Bluejays receiver led to a 43-yard score followed by a two-point conversion, making the score 20-0 at the end of the first quarter. 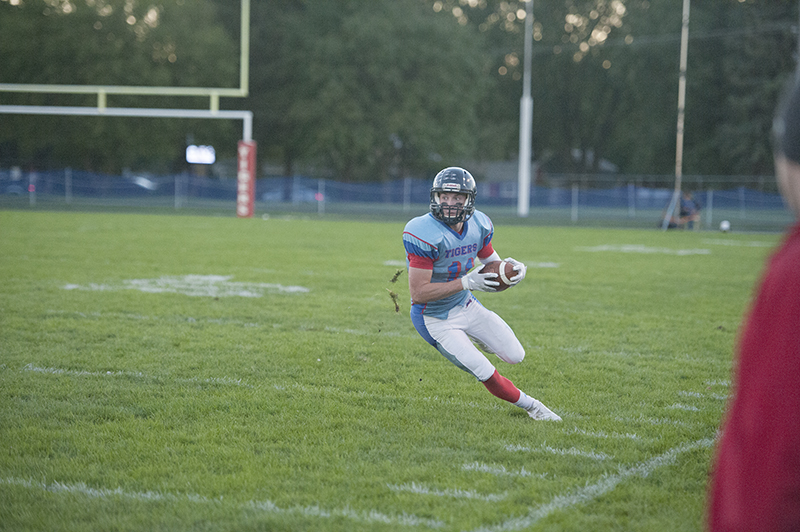 Albert Lea senior Cole Wentzel toes the sidelines after a catch Friday night. Wentzel scored the only touchdown of the game for the Tigers on a six-yard run. – Tyler Julson/Albert Lea Tribune

The Tigers would struggle to move the ball in the second quarter, picking up a handful of first downs, but never seeing them pay off. The Bluejays would keep piling on the scores, adding another three touchdowns before the half. Albert Lea went into the locker room down 41-0.

After a quick score by the Bluejays to start the second half, the Tigers put together a nice drive that seemed like it was going to lead to their first points of the game. However, the drive would be cut short by an interception returned for a touchdown.

On their next drive, senior Cole Wentzel and junior JJ Mucha Owens strung together a few nice runs to move the ball down the field. Wentzel eventually took the ball across for the score on a six-yard run nearly halfway through the fourth quarter.

Waseca responded by taking the ball for a long score before giving the ball back to Albert Lea.

The Tigers got the ball back and ran the rest of the time off the clock, putting an end to the game.

“We had a lot of guys putting full effort in,” said head coach Corey Black. “They made some big plays on us and we gave up some long plays, and that’s what allowed them to score so many points.

“We’ve just got to refocus. We’ve been battling a little bit of sickness that’s been going through the school the past couple of weeks. We just need to make sure we get everyone healthy and that we’re ready to play on Friday because we can definitely take it to Fairmont.”

The Tigers fall to 0-4 on the season and will play again Friday against Fairmont to wrap up the 2018 homecoming week. 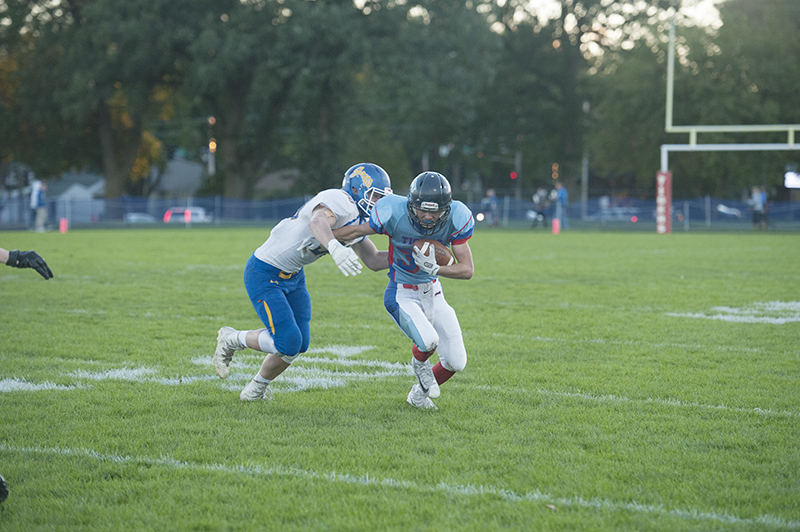