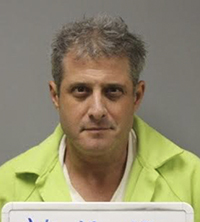 Court documents state Huller and Lockwood were charged after a Minnesota State Patrol trooper pulled over the car they were riding in at about 1:15 p.m. Friday on I-35 south of the Twin Lakes and Glenville exit. The trooper reportedly noticed the vehicle had expired registration.

Huller, who allegedly claimed he left his driver’s license in San Diego, said he came to the area to go skiing and visit the mall. He claimed he was visiting a friend but did not know the friend’s address.

Court documents state Lockwood said they were traveling because rent was too expensive in San Diego and they were looking for a less expensive place to live.

Huller allegedly admitted he was arrested in 2016 for smuggling meth across the Mexican border. 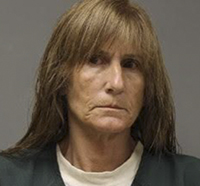 Court documents state he initially denied there were drugs in the vehicle but admitted there was marijuana after he was asked for his consent to search.

The trooper allegedly found a glass pipe commonly associated with using meth in Huller’s front sweatshirt pocket, and he admitted it was a meth pipe and that he had smoked the drug about three hours prior to the traffic stop, court documents state.

Documents state a K-9 reported the presence of a narcotic odor in multiple locations, and a search of the trunk allegedly revealed 10 cellophane-wrapped packages each containing approximately 1 pound of suspected meth. A butane torch was found in Lockwood’s purse.

Two grams of meth were later taken from Huller in the Freeborn County jail.

Lockwood allegedly admitted the meth was hers. She said she and Huller had been friends for three years, said Freeborn County Attorney David Walker.

Judge Ross Leuning set conditional bail for Huller and Lockwood at $100,000. Their next appearances are scheduled for Nov. 1.